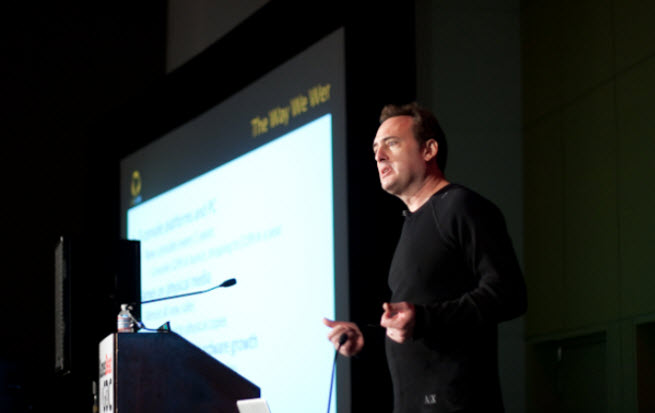 OnLive chief executive Steve Perlman is trying to make amends for laying off employees in his battle to keep his cloud-gaming service alive. Today, Perlman donated $50,000 to a fund that was set up to help pay health-care costs for former employees.

Sim Dietrich, a former engineer at OnLive, set up the fund to pay costs for the Consolidated Omnibus Budget Reconciliation Act (COBRA), a temporary bridge to health-care insurance for people laid off or fired from jobs that provided medical coverage. OnLive established COBRA but was unable to pay for it, said Perlman in a message he left on the group page.

“Great idea, Sim. Given the circumstances, the company was able to set up COBRA but not able to reimburse it,” wrote Perlman. “This is a really good alternative. I just added $50,000 to the bucket and will add more as needed. We’ve already hired more people back this week, and my hope is to get a lot more back before COBRA kicks in.”

Perlman has been sharply criticized for failing to take care of employees as OnLive collapsed. They had no severance pay or notice when the company went into a bankruptcy alternative on August 17. They also lost all their equity. OnLive has been reborn as a new company that an affiliate of investor Lauder Partners owns, and Perlman is still the chief executive. But among the 200 former employees, OnLive said it has only been able to hire back a “large percentage” of them. Perlman has been able to save his company, which ran out of money as he was seeking a buyer.

After years of research at his think tank Rearden, Perlman formed OnLive in 2007 with the goal of creating cloud-based gaming, a system in which users play games stored and executed in broadband-connected data centers. People could instantly play games from any computer, the OnLive console, or even an iPad, and they didn’t have to wait a long time to download them. Publishers provided more than 200 hardcore games to run on the “instant gratification” cloud-gaming service.

OnLive executed its service for two years with a regular cadence of product innovations. But the question was whether it was ahead of its time. Subscriber revenue didn’t make up for high infrastructure and employee costs, and Perlman took the company through a bankruptcy alternative dubbed an “assignment for the benefit of creditors.”