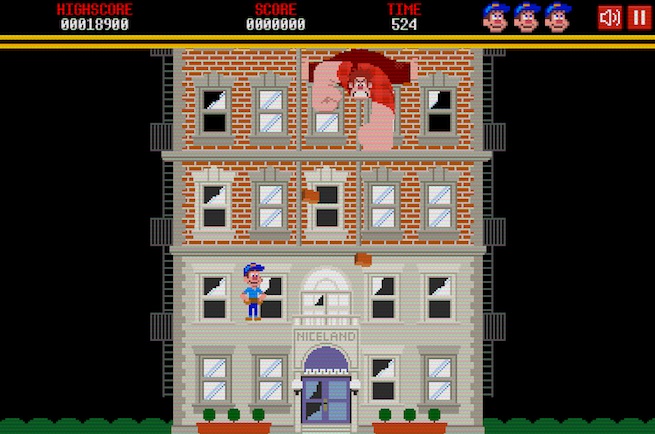 Steve Wiebe is no stranger to high-stake challenges. He’s the former two-time world champion of the original Donkey Kong, with his most recent score standing at 1,064,500 points. This weekend, he’s out to set a new record … only now it’s for a game that doesn’t really exist.

The mild-mannered science teacher rose to fame from his starring role in a 2007 documentary, The King of Kong: A Fistful of Quarters. The film followed the emotional and intense rivalry between Wiebe and Billy Mitchell, a cocky restaurant owner from Florida who was the incumbent champion (and a veteran of the competitive arcade scene), as they competed to set the world record for the highest score in Donkey Kong.

As the underdog, Wiebe won the hearts of gamers and non-gamers alike. In the welcome message on his website, he wrote, “The movie has definitely changed my life. I’ve been blessed by God in so many ways before, during, and after the movie.”

Even Disney’s paid attention to his celebrity status, as the house that Mickey Mouse built recruited Wiebe to help promote Wreck-It Ralph, its upcoming animated film that pays homage to the arcade games of yore.

It’s a perfect fit: Disney has brought the 8-bit Donkey Kong-inspired Fix-It Felix Jr. (pictured above) from the film to life in the form of a vintage-looking arcade cabinet. Disney will showcase the game in Seattle for the annual Penny Arcade Expo, where Wiebe will attempt to set the highest score he possibly can tomorrow afternoon from 3:00 p.m. to 4:00 p.m. at GameWorks. 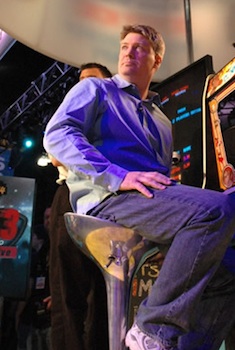 If you’re going to be around the area (you don’t need a PAX badge), you can challenge him, too. Whoever beats his high score by 11:59 p.m. this Sunday will win an advance 3D screening of Wreck-It Ralph.

Wiebe’s involvement is just the latest in a long string of promotions for the movie. The lovingly crafted arcade cabinets of Fix-It Felix Jr. appeared at this year’s Electronic Entertainment Expo (in non-playable form) and at San Diego Comic-Con (where it was somewhat hidden). A Flash version of the game is also available to play on the film’s official website as well as in a free download for iOS devices on the App Store.

Featuring cameos of well-known virtual characters, like Super Mario’s Bowser and  Street Fighter’s Zangief, the movie is about Ralph, a video game villain (voiced by actor John C. Reilly) from Fix-It Felix Jr. who is having a mid-life crisis after being stuck in the same job for over 30 years. Wreck-It Ralph follows his misadventures as he hops from one game universe to the next, including a harrowing experience in Hero’s Duty, a sci-fi shooter whose name is obviously inspired by the Call of Duty franchise.

Wreck-It Ralph will be out in theaters on November 2.