Eight years ago, I sat in a hotel room with Seth Killian, then the community manager at Capcom, where he had invited me to get an early peek at the first build of Street Fighter IV. What I played that night was extremely different from what the Japanese publisher would release 12 months later in 2009, but it didn’t matter if that was for better or worse. The community, industry, and pop zeitgeist of our society desperately needed Street Fighter’s resurrection.

Seven years brings a lot of change. Street Fighter IV was an El Niño that drenched a dry fighting game genre that was begging to be filled. With that thirst, people were willing to turn a blind eye toward some not-so-great design ideas that existed in Street Fighter IV.

We aren’t that thirsty now. 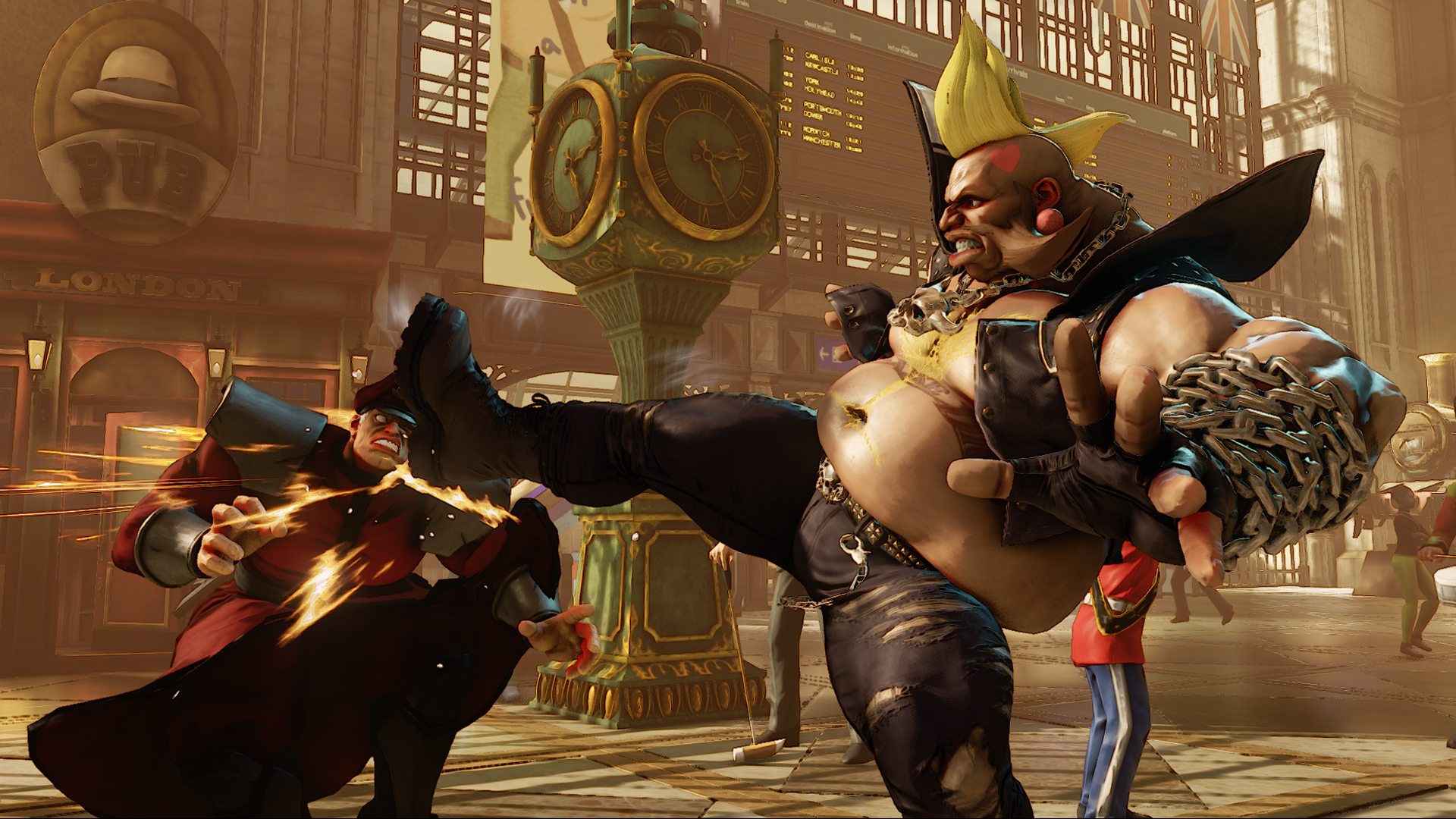 When looking at the base design of Street Fighter V, one of its biggest departures from Street Fighter IV is deceptively small. The normal moves have shifted back to a more old-school sensibility, and the most obvious evidence of this lies in how Capcom has tweaked Jab (weak punch) and Short (weak kick).

Street Fighter IV had a thing for giving most characters a way to link a regular Jab or Short into a larger combo. This created some pretty sloppy play habits, where players would place more emphasis on trying to confirm a hit off of a wild Jab or Short.

In Street Fighter V this has completely changed. If I want to snag my opponent with a practical combo that links into one of the bigger normal moves off of Jab or Short, it can only be done if the Jab or Short is a counter hit (even then, only certain characters, in certain match ups, can even do this). Counter hits are when my opponent and I execute a move, but my move comes out quicker, stuffing my opponent’s move.

Capcom has relegated these two buttons back to their original status in Street Fighter: at best, a means to do a small 2-in-1 into a special move, and at worst, a quick wall of attacks to push someone back. 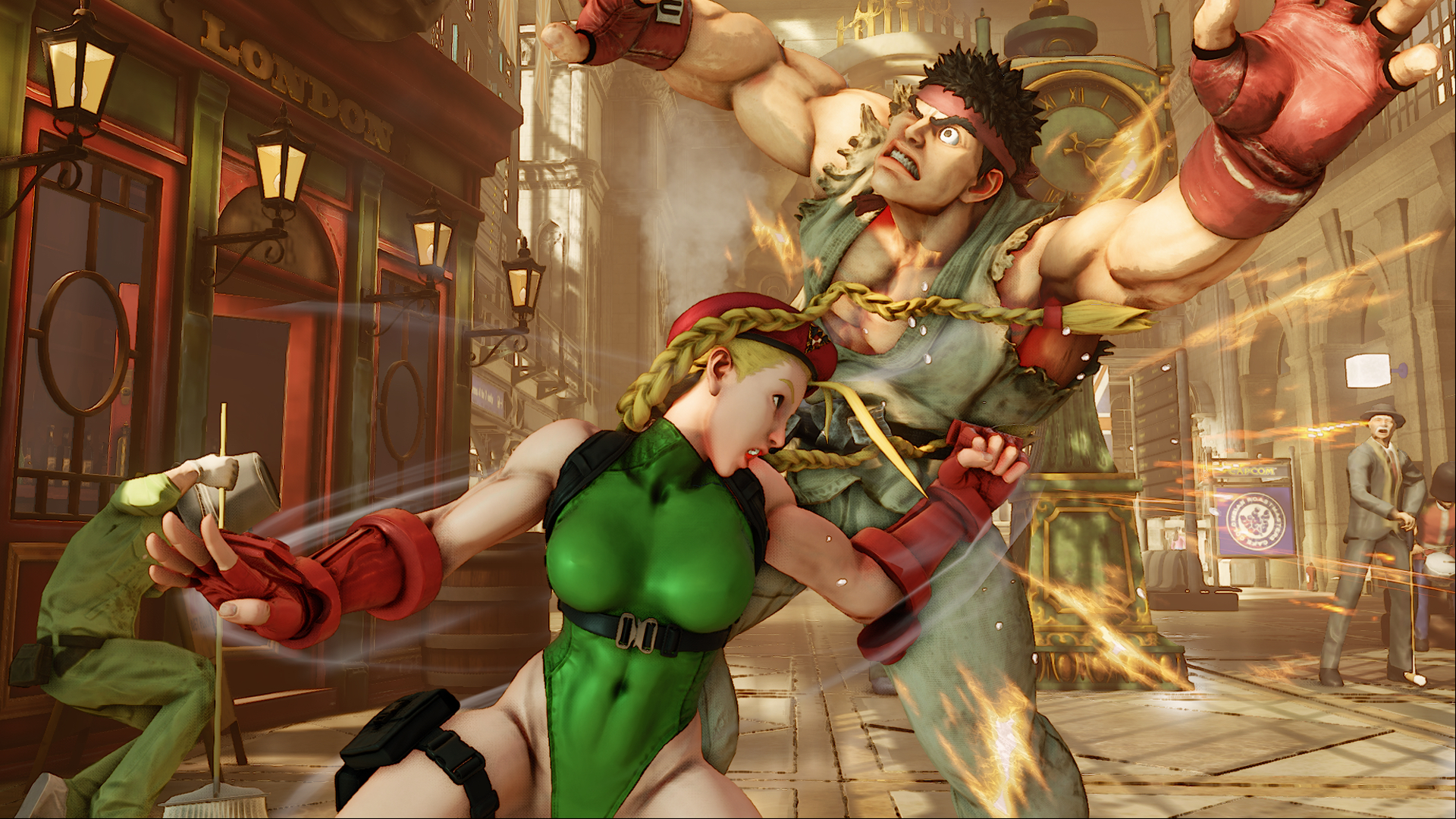 Above: Your ribs just ran into my fist.

This is fantastic. It puts more value on the harder-hitting normal moves (Strong Punch, Fierce Punch, Forward Kick, Roundhouse Kick), which are much riskier than flailing Jab or Short to confirm a hit. This change strengthens the emphasis on being in the right place, at the right time, executing the right move. It’s pushing players to play smarter.

Related to this change in Jab and Short’s properties is another nice alteration: Street Fighter IV’s crouching throw tech option select doesn’t work anymore. This was an unintended technique in Street Fighter IV, where a defending player could hold down back and hit Jab and Short, with Short being a few milliseconds earlier than Jab.

It’s not in Street Fighter V anymore — and this is a significant improvement. 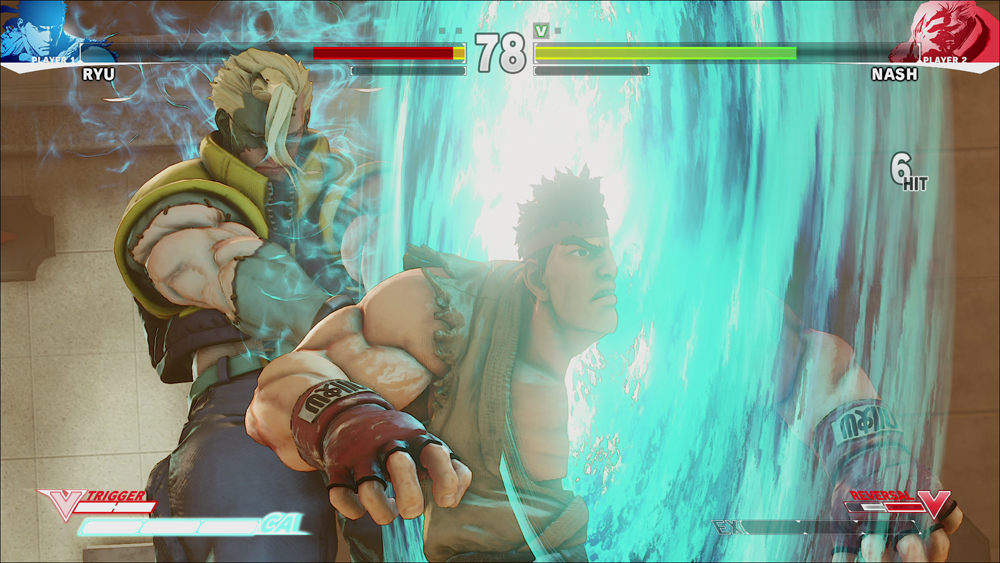 I hate comeback mechanics. Those systems that fighting game designers put in that try to give losing players a big super move that will swing the match in their favor. And out of all the comeback mechanics in fighting games, I hate Street Fighter IV’s Ultra system more than any other. Ultras were often the most damaging move in the game, and were earned by filling the Ultra meter. That meter filled based off of players taking damage, the one thing no one should be rewarded for in a fighting game.

Street Fighter V wipes out the Ultra system, which pushes Street Fighter IV’s EX meter to the foreground. This is great, because the EX meter is a really good idea that deserves to blossom.

Players earn EX meter by performing certain moves, and with it, they can do one of two things: spend a chunk of the meter to perform an EX special move (think a buffed-up fireball), or blow the entire meter on one big move called a Critical Art (essentially a Super, which is one big powerful move, that is usually the most damaging move a character has).

The EX meter makes the comeback mechanic so much more strategic in nature because the decision needs to be made on whether to spend all of that meter early on EX moves or save it until later for a Critical Art. In Street Fighter IV, players could spend EX like crazy, tossing out EX moves and not worry about saving it for that meter’s big super move — if things went wrong and the player found themselves eating damage, the Ultra meter would fill and take priority over the super move.

Now, in Street Fighter V, if things go wrong and you used the EX meter poorly, there’s no big damaging move to act as a safety net. You made your bed spending your EX meter, and now you lay in it. 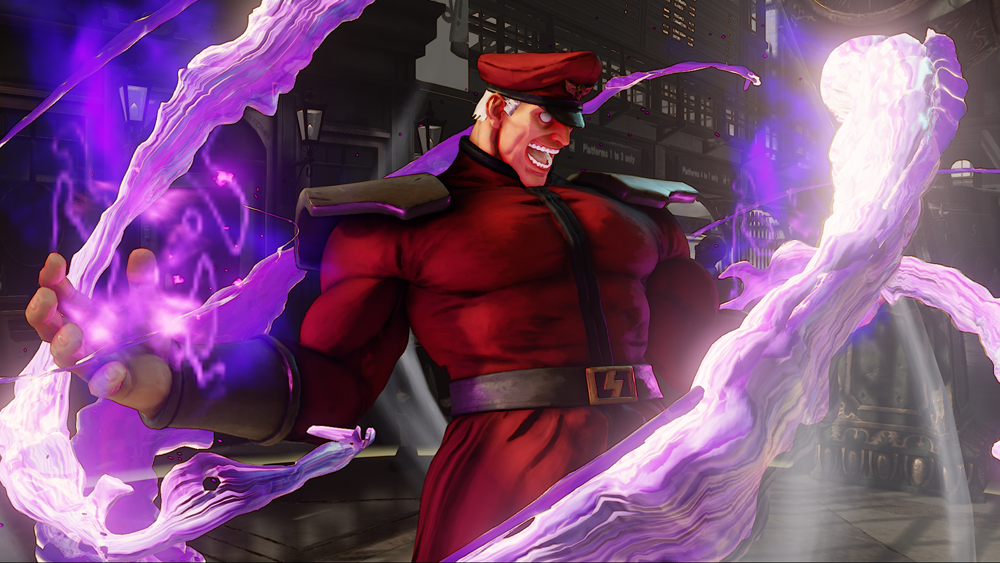 Above: Either I opened the Holy Grail in front of Indiana Jones, or I activated my V-Trigger.

The only hard rule about V-Skills and V-Triggers is that the V-Skill helps fill the V-Gauge, and the V-Trigger spends V-Gauge. This makes each character’s comeback mechanic unique.

But I hate to call it a comeback mechanic here. Activating V-Trigger is often more of a match-dynamic changer than one big direct blow to the opponent. In the case of playing a character like M.Bison, whose V-Trigger gives him boosted moves and speed for a limited time, it’s not a big super move that can result in a lucky K.O. I’m simply trying to tilt the entire table slightly in my favor.

A lot of the V-Triggers are like this. They do something that enables the character to gain a match advantage at a slower pace than a Critical Art, without sneaking in one big move.

And I love it! For one, it’s a clever way to inject extra play style into a character’s design. It also gives players an artificial rebalancing of the playfield, which Capcom has been infatuated with adding to the series for 20 years, without being blatant and ham-fisted. 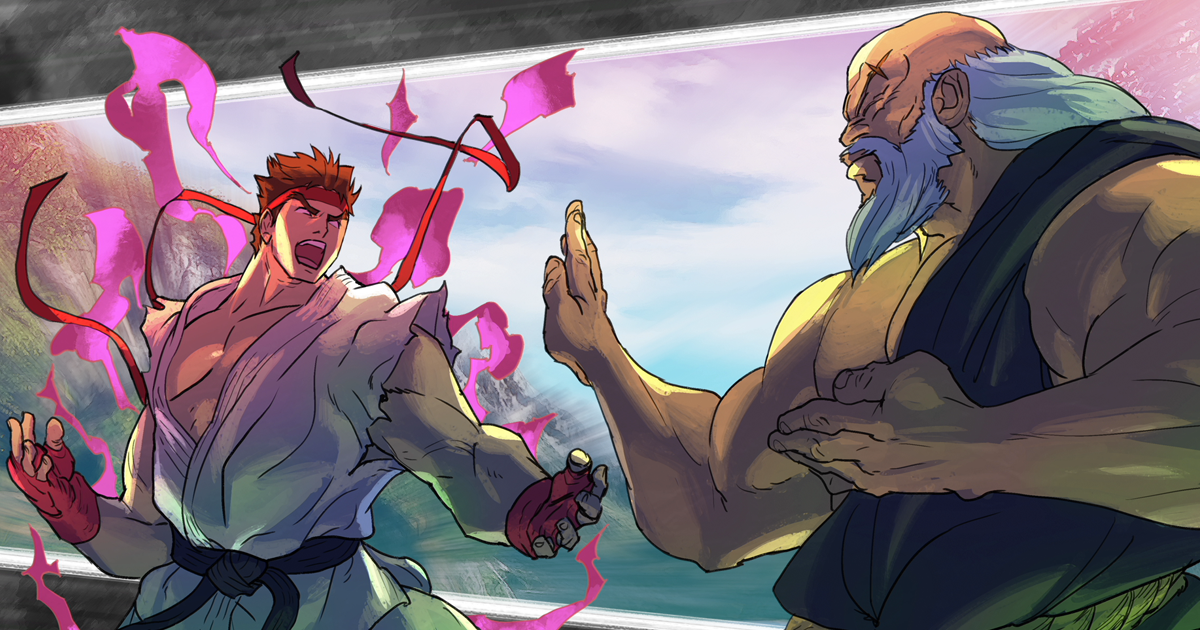 Whether you love or hate the character lineup in Street Fighter V, the cast Capcom chose represents a wide range of playstyles. You’ll find no overlap in how any of these characters play.

Even the classic complaint of Ken and Ryu being clones of each other (protip: they haven’t played the same since Hyper Fighting) doesn’t work because they are designed to complement totally different approaches to Street Fighter. The unique qualities of the V-System further emphasize this. Another part of it is just good character design.

If you want to play a highly offensive rushdown style, you’re covered. If you like grinding out a win from mid-range, they’ve got it. And if you want to carve away at your opponent from far away, there’s some of that as well.

With that said, I can’t possibly comment on the balance and character tier list in Street Fighter V right now. That’s a good sign. I see good intentions with every character, and no one character has really jumped out at me as being completely overpowered. But it will take a community of thousands of players, playing the game competitively for a few months, to really suss that out.

I really like this idea, and I think it’s something Capcom needed to implement a lot sooner. The Fighters Network requires a unique log-in and tracks your stats throughout your time with Street Fighter V. It also has standard online components such as community updates, a message system, and a replay archive.

It’s cool that Capcom is now putting these things upfront as opposed to burying them in the back behind the UI. The entire Fighter ID and network thing has a ton of potential. Hopefully, this becomes something that carries across multiple future fighting games.