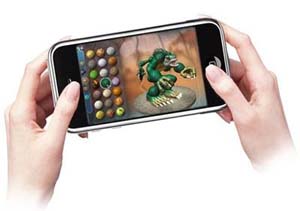 The number of people playing video games in the U.S. has risen 241 percent since 2008, according to a new study from market research and consulting company Parks Associates.

The study, Trends in Digital Gaming: Free-to-Play, Social, and Mobile Games, claims 135 million people play at least one hour per month compared to 56 million in 2008. Seventeen percent of all gamers have downloaded a title on their smartphones, up from 7 percent in 2008. About 80 percent play free-to-play (F2P) games on the PC or log into Facebook to spend time on the farm or frontier.

Online and mobile gaming are transforming the industry, the study says, changing it from one focused essentially on packaged goods sold at retail to one that provides services to consumers.

“Instead of ending support of customers after they buy individual game titles, game companies now focus on building gamer communities and developing ongoing relationships with their customers,” said Parks Associates research analyst and study author Pietro Macchiarella. “The positive effect of this approach is that game monetization can be extended beyond the point of sale. Unlike traditional offline games, the online world allows the industry to earn revenue even when people play the same game repeatedly.”

Macchiarella says F2P titles remove the barriers of retail costs and subscription fees, which can be big turnoffs to casual gamers. These players see the microtransaction model — where one buys individual virtual items or upgrades to enhance the gaming experience — as a way to reduce expenditures because it allows them to spend according to their budget.

However, Parks Associates has found that people who spend money on these titles tend to spend amounts that are comparable to the cost of traditional titles. Those who spend money on Facebook games average about $29 per month, while those who pay for virtual goods and upgrades in free-to-play games spend about $21 per month on average. Macchiarella says these amounts are not too far from the $24-$27 per month spent on average by incidental and occasional gamers on new console titles.

Due to the ease of making microtransactions on smartphones and tablets, the study predicts mobile gaming will expand industry revenues over the next several years.