Stugan, named after the Swedish word for cottage, will take as many as 20 aspiring game developers and train them over eight weeks in the summer at an actual stugan in the town of Falun, just north of Stockholm.

Call it a case of Clash of Clans envy. The Finns have had tremendous success in mobile games with titles like Clash of Clans, Angry Birds, and Hay Day. The Swedes see the economic value that has been created in their neighbor to the east, and they want to build a big game industry in Sweden as well.

“We’ve made a lot of progress, and it’s time to give back,” said Tommy Palm, one of the co-creators of Stugan, in an interview with GamesBeat. “This is something we feel very passionate about. It’s an accelerator, but with the difference being that it’s a nonprofit where we don’t take any ownership.” 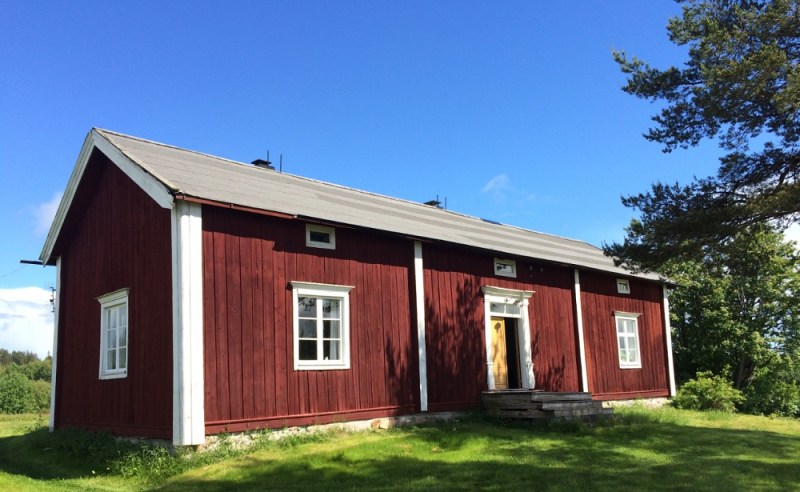 Above: “Stugan” means cottage in Swedish.

Stugan is taking applications through March 31, 2015, from undiscovered individuals and small teams from around the world. Applicants have to submit a 90-second video about themselves and their idea for a game, along with other materials. Those who are accepted will spend the summer in a traditional stugan, where they will receive support and mentoring as they build their games. They will be able to present their work to potential publishers, sponsors, and investors at the end of the program. In contrast to some other accelerators, all participants will keep the rights to the games they work on.

The Finnish model is a guide. Finland’s Tekes government agency has funded lots of game startups, and that has paid off with huge tax revenues from Supercell, the publisher of Hay Day and Clash of Clans. The mobile-game business is expected to grow from $25 billion in 2014 to $30 billion worldwide in 2015, according to market researcher Newzoo.

The Swedes have had success too, via companies like Candy Crush Saga publisher King Digital Entertainment; Electronic Arts’ DICE division, the maker of the Battlefield series; Mojang, the maker of Minecraft (acquired by Microsoft for $2.5 billion); and Avalanche Studios, the maker of Just Cause and the upcoming Mad Max being published by Warner Bros. Revenues in Sweden’s game industry grew to $1 billion in 2013, up 76 percent from a year earlier. Employment was 2,534 employees in 2013, up 29 percent.

The successful game developers at those companies feel like it’s time to give back, offer mentorship to a new generation, and make Sweden into an even bigger hotbed for games.

Palm, the “games guru” who helped King launch the mobile version of Candy Crush Saga, is one of the main instigators.

“The game industry veterans in Sweden have come together to give back to the industry,” said Palm, who recently left King to work on a new startup. “We feel it’s a great source of inspiration to get great minds together.”

Palm will be joined by Oskar Burman, a general manager of Rovio, and Christofer Sundberg of Avalanche Studios. Palm said that the organizers have raised money to fund the project, and they will pitch the accelerator at the upcoming Casual Connect Europe event in Amsterdam. The Stugan team has one full-time employee, Jana Karlikova. And the applicants needn’t worry; the Stugan has high-speed Internet access, as does most of Sweden, even out in the countryside.

Stugan was also the name of the first Swedish video game — an adventure title published in 1977.