Final Fantasy may have just passed the cuteness point of no return.

Boyes confirmed that the game will be launching exclusively on PlayStation 4 and PlayStation Vita sometime in 2016. This marked the only time the PlayStation handheld got mentioned during Sony’s press conference. 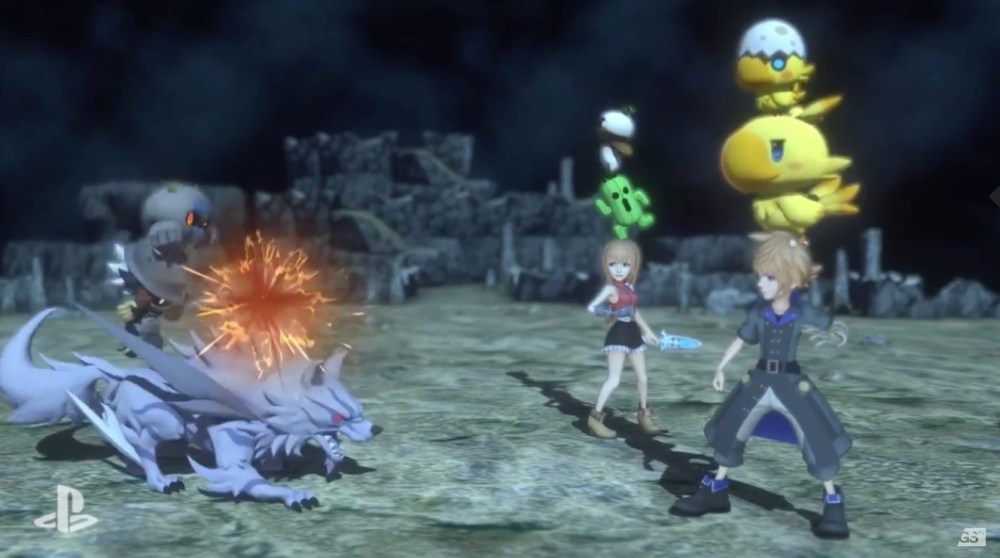 Above: Battles emphasize stacking monsters on characters (or vice versa).

The trailer’s voice-over narration seemed to give a lot of importance to changing the size of characters (from super-deformed to a more traditionally anime-stylized look) in order to interact and battle with creatures. The trailer’s brief showing of gameplay also hinted at stacking characters on top of monsters (and vice versa) for some kind of benefit.

Square Enix’s own press conference provided further detail into this aggressively adorable world. The game is meant as a softer starting point for new players to the franchise, hoping to offer an experience that everyone, regardless of gender or age, will enjoy. World stars two newcomers to the series, but will feature a multitude of appearances from well-known Final Fantasy characters.

World of Final Fantasy will release on the PlayStation 4 and PlayStation Vita sometime in 2016.