I don’t know what I was expecting, but it was more than what Nintendo delivered with Super Mario 3D All-Stars. This bundle is available now on the Nintendo Switch eShop and at retail (if you can find it) for $60. I bought it last night, and it’s reminding me of how calculated and aloof Nintendo often is. Super Mario 3D All-Stars is ostensibly a celebration of Super Mario’s 35th anniversary, but instead it feels Nintendo is celebrating how easy it is for them to squeeze more money out of its most dedicated fans.

As GamesBeat reviews editor Mike Minotti explained in his appraisal, it’s difficult to feel anything but joy when playing these games. Some of the most talented creators in the world designed Super Mario 64, Super Mario Sunshine, and Super Mario Galaxy with the explicit goal of making players smile. All of that still works — mostly. Nintendo did find some ways to slightly spoil the play experience for me. So in a way, this package is worse than if the games were just three straight ports.

I grew up on Mario games. They shaped the way that I interact with games — literally.

Super Mario 64 and Sunshine both used inverted camera controls when they launched. Nintendo even went so far as to make the camera a character, the floating cloud guy Lakitu, who you can see when you run up to mirrors. The idea is that when you are trying to look around in a 3D space, you aren’t pointing a viewscreen left to look left. Instead, you are telling the cameraperson to move their body to the right so that the camera pans left. And then to look up or down, you need to tilt the cameraperson back or forward, respectively.

These are lessons that Nintendo took time trying to instill in players, and they absolutely worked on me. To this day, when I’m using an analog stick in a 3D third-person game, I’m still controlling Lakitu.

So why in the hell did Nintendo reverse the camera controls in Super Mario 64 and Super Mario Sunshine?

Above: If I defeat Bowser, can I invert the camera?

OK — that’s not fair. I get why the developers made that change. The cameraperson metaphor worked on me, and it obviously made sense to Mario creator Shigeru Miyamoto. But player preferences have overruled this thinking since that time. Most people aren’t thinking about the camera at all when they play. They simply press “up” when they want to look up.

That, however, doesn’t explain why the game doesn’t even have the option to invert the camera.

It’s one thing to change the default to the more popular option. It’s another to completely erase the alternative that you were largely responsible for creating in the first place.

The lowest effort for the maximum reward

Super Mario 3D All-Stars only happens because it can. What I mean by that is the game will sell regardless of what Nintendo does with it. The company looked at the math, and it realized it can make more money by coming up with a scarcity scheme than by investing in the actual experience. So instead of improving visuals akin to the Crash Bandicoot remakes (or even including a camera toggle in the options), the company emphasized that the game will vanish from store shelves and the digital eShop on March 31. Who has time to worry about the little things when you know the game is available for only a limited time? If you hesitate, you’re going to miss out on it.

I should make it clear that I understand this behavior is a byproduct of a system. Capitalism — especially where publicly traded companies are involved — demands that companies make the most money while using the fewest possible resources. And when a company like Nintendo has this option, it is almost compelled to take it.

But that “almost” is important. I, too, live under capitalism. And like you, I face the temptation of making more money through simpler and shadier means. If I wanted to grow my bank account faster, I could start making videos about video game feminism to exploit the YouTube algorithm. Or I could post obviously dubious rumors with clickbait headlines, which is something I see all the time on Google News. But I don’t, because I have higher standards for my reporting.

Having standards is detrimental to your income. But if we can make that decision, so can Nintendo.

Nintendo has a history of cutting corners

Nintendo is a conservative company. Or, at least, that’s the nice way of describing its tendency to take the path of least resistance. But it’s always so noticeable and odd when it comes to Mario, its mascot franchise.

This is a billion-dollar company that reused assets across four New Super Mario Bros. games. And I don’t even mind companies saving money by reusing assets — but it stuck out because the “New” look for Super Mario feels so generic and bland. 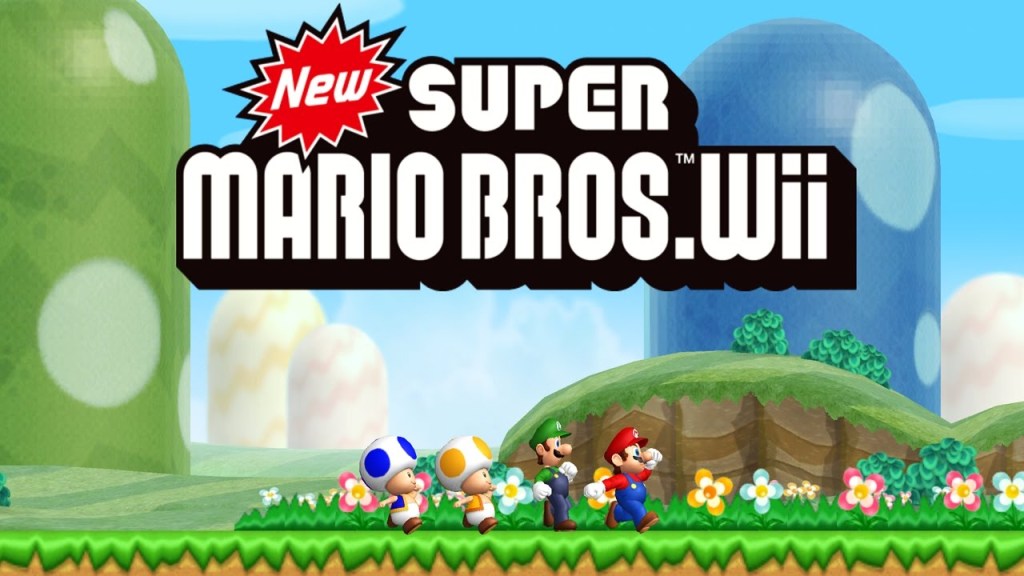 In Super Mario Bros. Wii, Nintendo gave players the option to choose between Mario, Luigi, or two toads as characters. When asked why it wouldn’t use Prince Peach instead, the company said that the Toads were easier because they moved like Mario and Luigi. It was a cost-saving decision.

The publisher also never misses an opportunity to squeeze the maximum amount of money from its catalog of old games. And it seems obvious that Super Mario 3D All-Stars is a product of that strategy.

Nintendo has plans for these games in the future that probably involves its subscription service or some other kind of bundle. But it realized that it hadn’t put them in a $60 package yet. So to get the most out of Super Mario Sunshine and Galaxy, it rushed this bundle together.

This was just another step in the journey of selling us the same games over and over in different ways. And Nintendo wasn’t going to skip it.

The fundamental problem is that Nintendo knows what it can get away with. It can do the bare minimum and get away with it, and I don’t know if it will ever really pay a price for that. It hasn’t so far. And it’s only selling more games and consoles as the Switch matures.

So I guess I’m writing this to politely ask the company to do better in the future even though it doesn’t have to. Nintendo built modern gaming after the industry’s early crash. And a key attribute that enabled it to revive games was a focus on pushing past the merely passable.

The company didn’t make decisions by looking at a spreadsheet and working backward from trying to get the biggest return on the lowest possible investment. It let artists create and put themselves in the players’ shoes.

That special Nintendo still exists. And maybe its ruthless/conservative element enables that magic to exist in the first place. But it sucks to feel like a company is treating my genuine love for Mario like an ATM that it can just punch to make a withdraw whenever it wants.