Mario is slowing down to more of a trot.

Super Mario Run has dropped out of the top 50 grossing iOS apps in the U.S., according to mobile app store market intelligence group Sensor Tower. The auto-running platformer is ranked at No. 52. 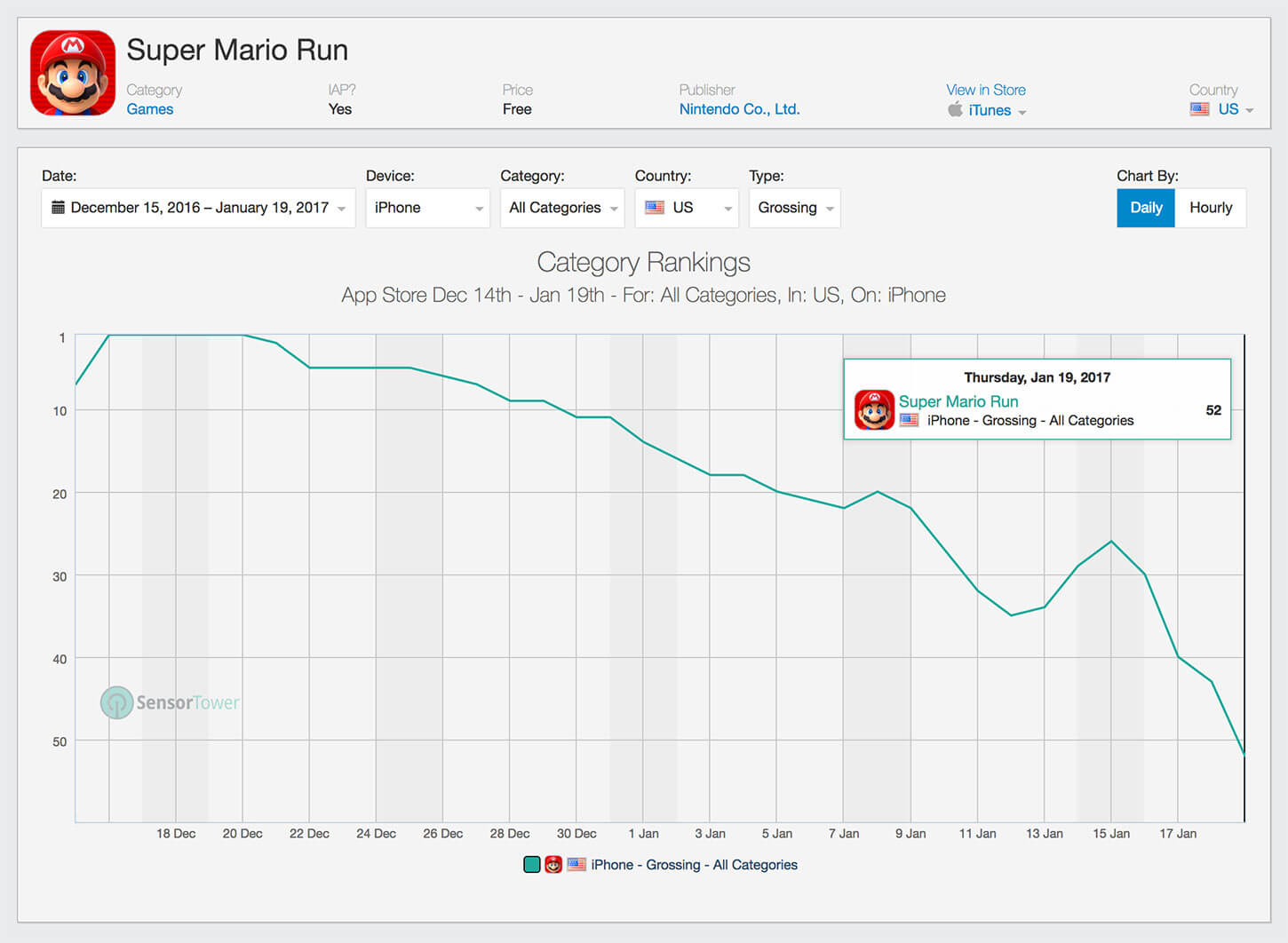 Super Mario Run shot to the top of the charts when it came out on December 15 for iOS, reaching 40 million downloads in four days and becoming one of the quickest successes in the $36 billion mobile game industry. However, the app cost $10, which drew criticism from some players used to free games on their smartphones. Super Mario Run does not have in-app purchases, which could be why its revenues are falling off so quickly. Nintendo has no way to monetize the game after people buy it.

Mobile is a new market for Nintendo, which started with the social app Miitomo earlier last year. Super Mario Run, however, is its first full-fledged iPhone game, and it has the weight of the popular Mario brand behind it. Super Mario Run could still bring in a significant amount of cash when it finally releases for Android in March.

The next Nintendo mobile game, Fire Emblem: Heroes, comes out on February 2 for Android devices with an iOS release following later. Unlike Super Mario Run, it will be a free download with in-app purchases.