Super Senso is a kaleidoscope of colors and explosions. It’s a mobile player-versus-player turn-based strategy game that you could almost describe as friendly in appearance — until the other player destroys your base, and it’s all over in an instant. The matches are short and quick; Turbo Studios deliberately designed bouts to last only about 5 minutes.

Bite-sized battles are just one of many of Turbo’s design decisions. It wanted to pack in complexity while keeping the gameplay streamlined and intuitive on a mobile platform. CEO Yohei Ishii says that the way gamers view mobile has gradually been shifting over the last few years, presenting an opportunity to bring deeper gameplay to the platform.

“People were definitely playing games on mobile, but whether they felt it was a legitimate platform—it was that tipping point in the last couple of years,” said Ishii in an interview with GamesBeat. “Our genesis and our north star has been to bring competitive gaming to mobile, and not a diluted, watered down version of competitive gaming, but really something that is experienced best on mobile.”

Complexity on the small screen

Super Senso features XCOM-esque turn-based gameplay between two players. Players can swap out available units and unlock high-powered “hero” units called Sensos. Design director Richard Liu says that one of its main differences is its short matches. The session length makes it easy to jump in for a quick bout, which also makes it accessible for players who aren’t looking for a lengthy gameplay session. According to Turbo, players spend about 20-30 minutes per session, playing about four matches in a row.

“In a game like chess, your enemy is right there. You don’t spend a lot of time setting up. You just go at it. That’s exactly the sort of mentality we want players to have in our game,” said Liu. “We enforce the 5-7 minute average. Units are very lethal. You can kill units very quickly. It doesn’t take a lot of turns to kill something. As a result, that lends a fast-paced feel that you wouldn’t get in a lot of other strategy games.”

To reinforce the short sessions, every map consists of 11-by-9 tiles, though they feature different terrain and layouts. This constrains unit movement and player strategy, which they can develop by going through single-player puzzles that act as mini-tutorials on how the different units complement one another. 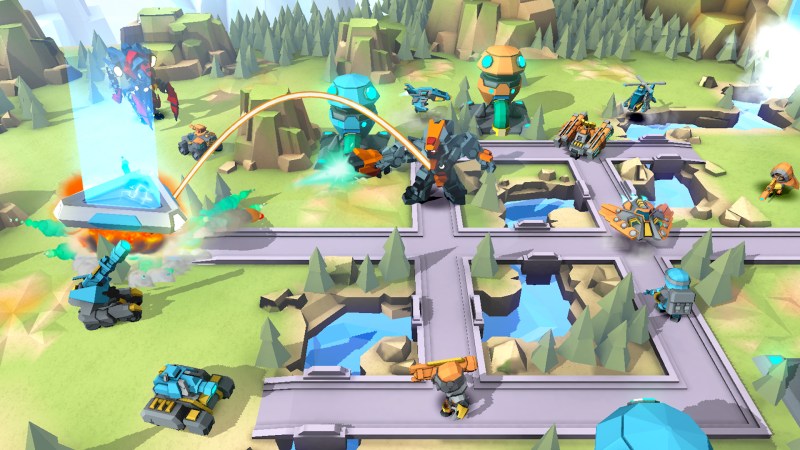 In addition to its goal of creating a mobile-first competitive gaming experience, Ishii says that building a community is one of the studio’s main priorities. Though Super Senso debuted April 27 for the iPhone and Android in North America, it was in a closed beta much earlier and soft-launched in late 2015. The studio took that time to drum up support from fans of other competitive games such as Vainglory and Hearthstone.

“In the past you never thought of community and mobile,” Ishii said. “It was very much, you can hit a broad audience, but what you do with that audience is always a little bit gray or exploitative in a lot of ways. We wanted to change that paradigm.”

Community feedback has been important in the early days of the game, and Ishii says that they’ve already rolled out a number of updates and improvements. They’ve also approached streamers on livestreaming platforms like Twitch, which Ishii says has seen more demand for competitive mobile since hits like Hearthstone and Clash Royale.

Competitive gaming and community-building are both in Turbo’s DNA. Ishii was vice president of business development at CCP, the Icelandic studio best known for the MMO Eve Online. Liu was a senior game and systems designer at Riot Games, the maker of the massively popular multiplayer online battle arena League of Legends. Its various team members have worked at studios like Supercell (Clash of Clans, Clash Royale) and DICE (Battlefield, Battlefront).

The challenge of matchmaking

Super Senso is only available in North America on both iOS and Android, and it’s been featured in the Apple App Store as an Editor’s Choice app. According to market analyst Sensor Tower, it’s garnered about 330,000 lifetime downloads. Most player feedback has been positive, though there have been some complaints with finding matches.

“It’s clear that Super Senso is still trying to find its audience,” says Sensor Tower cofounder Oliver Yeh in an email. “Of those it has struck a chord with, a lack of other human players to compete against, bots are prevalent, and connectivity issues are chief annoyances, but many players nevertheless express confidence that this is a potential gem that’s just in need of some further polishing in order to really shine.”

“How do we start optimizing that and find real players of equal enough skill to play each other, so we don’t have to go down the AI path? It’s definitely something—you can’t start calibrating until you get to that point,” said Ishii. “That’s what we’ve been spending our time on over the last month, ensuring we’re adapting to the player base and finding the optimal way to get as many real matches going as possible.”

On the design side, Liu says that matching up players of similar skill levels is something that they’ve been monitoring and addressing with the way upgrades work.

“It’s something we keep a close eye on, especially as a free to play mobile game with upgrading involved,” said Liu. “The core aspect, from a design standpoint, that we have to watch and tune, is how upgrades work and how that fits into matchmaking. In our game there are upgrades, but it’s really about tuning the amount you get upgraded per upgrade.” 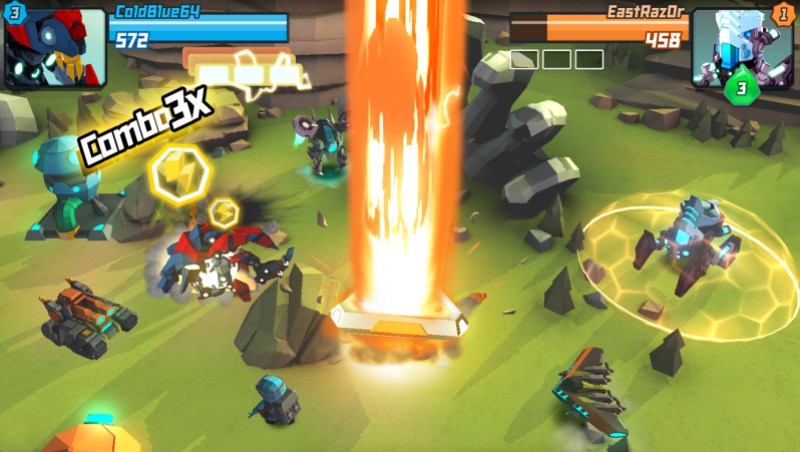 Turbo partnered with publishing titan GungHo Online Entertainment, whose mobile hit Puzzle & Dragons has been downloaded more than 11 million times in the U.S. and over 60 million worldwide. Ishii says that the partnership has been a great match, especially as they move toward launching Super Senso globally and incorporating more events like tournaments in the future.

“They’re such a beast in the space. They’ve gone through this for so many years. Not only how you come up and establish a successful mobile title, but how you continue to nurture and grow that,” said Ishii. “That’s been invaluable for us, to have that in a partner, and then be able to not only expand on a territorial basis, but also to know that when we do each territory we unlock, we have the full weight and support of a global powerhouse like GungHo.”