I’ve been playing the fighting game series with my friends on at least a semi-regular basis ever since Super Smash Bros Melee came out for the GameCube back in 2001. Last month, a version came out for the 3DS. I loved it, too. On Nov. 21, Smash Bros. comes out for the Wii U.

It’s even better than the 3DS version. 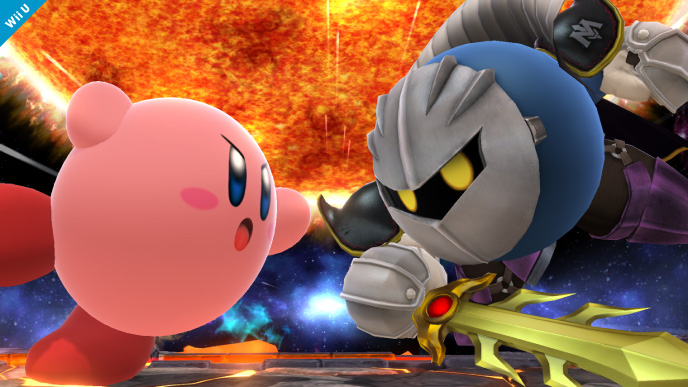 In my review of the 3DS version, I praised the game’s tight, precise, and addicting gameplay. I was also happy to see positive changes made from the last entry in the series, Brawl for the Wii. Characters are less floaty, the action is a bit faster, and you don’t have to worry about randomly tripping in the middle of a fight (I still can’t believe that was a thing).

The new roster is also great. Returning characters feel better balanced, and the new fighters all bring something interesting to the mix. Mega Man has a greater emphasis on ranged attacks than any character before, Rosalina and Luma count as one fighter but can occupy two areas of a level, and Robin can use powerful magic attacks as long as he has the tome for them. Just learning every new fighter is a joy in and of itself.

Super Smash Bros. for the Wii U is mechanically identical to the 3DS version, so all of that praise applies here. It’s still an incredibly fun fighting game with a ton of flexibility. With items and gimmicky levels, it’s basically a party game that you can enjoy casually. Without items and by playing on levels without random hazards, it becomes a serious, competitive affair where skill trumps all. 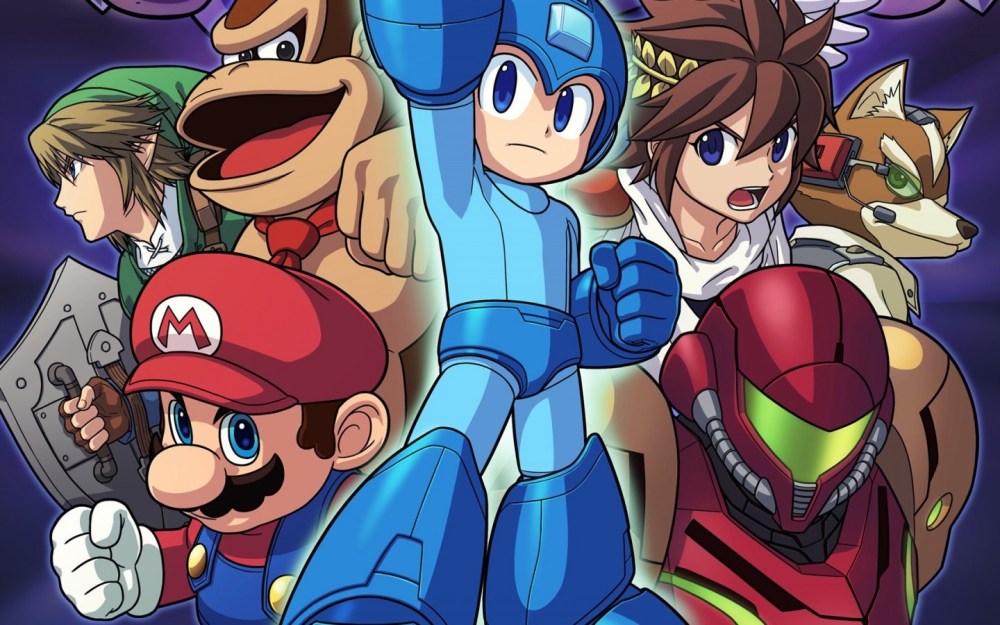 Above: Mega Man is one of the most interesting new fighters in Super Smash Bros.

How the Wii U version is better

First off, it looks amazing. Obviously, the Wii U can display nicer graphics than the portable 3DS, but Smash Bros. can look stunning on Nintendo’s newest console. The character models are gorgeously animated and vibrant, the backgrounds contain tons of details, and the colors and lighting really make everything pop. It also runs smoothly with hardly any graphical or performance hiccups.

Also, while you could play multiplayer on the 3DS version as long as you had friends who also had the game and the system, it’s much nicer and more convenient to fight your friends on the same screen. Plus, you can use a ton of different controllers, including the classic GameCube ones (as long as you have the adapter). You can also use the GamePad, the Wii U pro controller, the Wii remote, the Wii remote and nunchuck, the Wii classic controller, and even a 3DS to control your fighters. In every way imaginable, Smash Bros. for the Wii U is incredibly versatile.

The Wii U exclusives

The 3DS version had Smash Run, a competitive mode in which players explored a dungeon and gathered power-ups before battling it out in a final fight. The Wii version has Smash Tour, which combines the elements of Smash Bros. with a board game. It’s almost like Mario Party, except everyone wants to punch each other. It’s a manic mode filled with items, stat boosts, and more than a little reliance on luck, but it’s also a hoot to play with friends. Sure, it’s hardly going to replace the standard game, but it’s a great alternative when you’re in the middle of a four-hour series of matches.

The Wii U version also offers matches with up to eight people, twice as many as any game in the series before. These battles are incredibly hectic in the best way possible. Thanks to the addition of some extra-large levels, you still won’t completely lose yourself in the chaos. 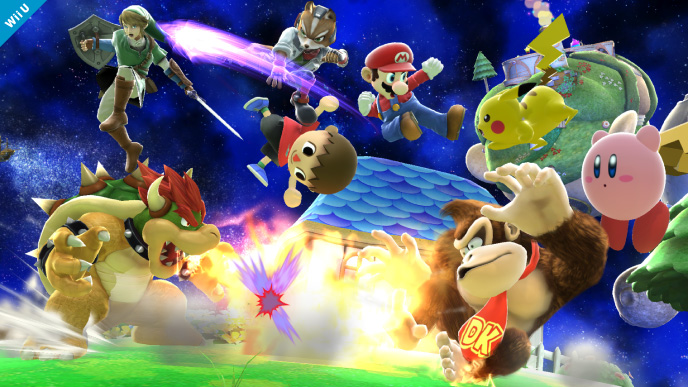 Above: Smash Bros. can get pretty crazy.

You also get a Stage Builder in the Wii U version, which lets you create your own levels. This is also the one place where the GamePad’s touchscreen comes handy, since you can use it to easily drawn your platforms. It makes level design much easier than it was in Brawl.

Besides that, the Wii U version has a unique Classic Mode, and Event Mode, and Special Orders Mode. So, even though it features the same mechanics as the 3DS version, Smash Bros. for the Wii U really does feel like its own game.

I can’t stop playing it

I think I mentioned before that I really like Smash Bros., but I really want to emphasize just how much I enjoy this version. To get ready for my review, I brought together the same group that I’ve been playing this series with for years. Our Wii U play sessions would last up to six hours, and even then we’d only stop for a need to sleep. Thanks to modes like Smash Tour and the ability to add four extra computer players into a battle, we were always able to mix things up and keep the experience fresh. We played Melee for years after its release. I imagine the same will be true for the Wii U version.

Super Smash Bros. Brawl had a horrible online experience. Every match was laggy, and you had almost no options when it came to picking how you wanted to play. Thankfully, the Wii U version’s online experience is much better. It has mostly the same options as the 3DS version (plus a mode where you and a friend can fight online in 2-vs-2 matches), but the best part is how well it runs.

I played online matches for a couple of hours the day the servers went live, and my experience was mostly smooth. I saw maybe a couple of hiccups, but nothing game-breaking. Most of my online matches went perfectly, even when I was playing with three other people (although the four-player matches seem to suffer a bit worse in the frame rate department). Overall, online play seems to be working great.

You can watch an online match in action below via a video recorded by fellow GamesBeat writer Jeff Grubb.

The levels try too hard

Too many of the levels have unnecessary gimmicks. An otherwise cool Metroid stage is ruined because Ridley is always flying around and attacking everyone. Thankfully, you can use the Final Destination Mode feature to turn any level into a flat surface without all that extra crap, but then you don’t get any platforms to jump on. I wish more stages had less gimmicks. I like Final Destination, but I don’t want every battle to take place on one, flat surface.

Of course, this is a complaint coming from someone who likes to play Smash Bros. without any items on. I prefer a competitive style over a party one. So this may not bother you as much as it does me. Also, you can make your own levels with the Stage Builder, so that alleviates the problem a bit.

Above: An impressive group, for sure.

When I’m playing Smash Bros. with my friends, nothing can be better. We scream, we argue, we laugh, and we never want to stop. The Wii U version is a fantastic addition to the series. The new modes are great, but the excellent mechanics and huge, varied roster make it potentially the best entry in the franchise yet.

Super Smash Bros. for Wii U is the system’s best game yet, one of the best multiplayer experiences available, and one of Nintendo’s finest achievements.

Super Smash Bros for Wii U comes out on Nov. 21. Nintendo provided GamesBeat with a copy of the game, a GameCube controller adapter for the Wii U, two GameCube controllers, and three Amiibo figures for the purposes of this review.