Successful developers Supercell and GungHo Online Entertainment launched a cross-promotion this week where Clash of Clans characters and a special dungeon appears in Puzzle & Dragons, their respective mobile games. But both companies are doing extremely well on the app stores — they don’t need help selling their games. What they can offer each other, however, is a chance to penetrate new markets and become relevant there.

“Ultimately, we hope the collaboration with GungHo will introduce more Japanese players to Clash of Clans and help Supercell get established in Japan,” Greg Harper, the general manager of Supercell in North America, told GamesBeat. “We are only just getting started and plan to bring our other games to market there as well.” 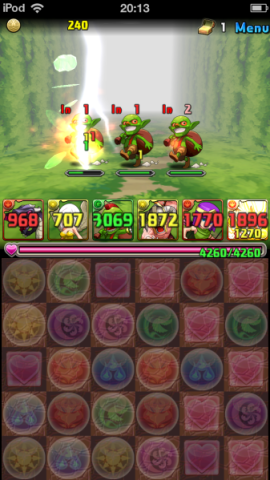 Above: A screenshot from the cross-promotion in Puzzle & Dragons.

Clash of Clans is Finland-based Supercell’s multiplayer strategy game, which recently launched in Japan and quickly climbed the iOS charts in the country. Its other game is Hay Day, where players tend a farm with crops and animals. (It’s currently not available in Japan.) Both are a huge source of monthly revenue, according to App Annie. Given the huge success of GungHo’s match-three game, Puzzle & Dragons, especially in Japan, this crossover should help Supercell attract an even bigger audience.

“If you look at the Japanese market and want to work with the best developer, there really is only one option, which is GungHo,” said Harper. “We met the team at GungHo on our very first visit to Japan back in February, and we instantly connected with them. From a culture point of view, our two companies are remarkably similar in terms of how we think about games and game development in general. So the relationship has really evolved in a very natural way that is mutually beneficial. We also have a lot of fun together, so we plan to keep looking for more and more reasons to work and spend time with them.”

The Tokyo-based GungHo echoed those sentiments. “We had our first meeting with Supercell at the beginning of this year. We discovered that our philosophy and approach to game development were quite similar, so we immediately thought it would be great if we could collaborate,” Puzzle & Dragons producer Daisuke Yamamoto told GamesBeat. “That discussion eventually led to our current event.”

This isn’t the first time that GungHo has done a cross-promotion with another developer. In Japan, Puzzle & Dragons — where players enter dungeons with colorful monsters and battle them in match-3 puzzles based on their elements — has crossed over with Square Enix’s tower-defense game Crystal Defenders, and Necky the Fox, Japanese magazine Famitsu‘s mascot, has even appeared in the game. 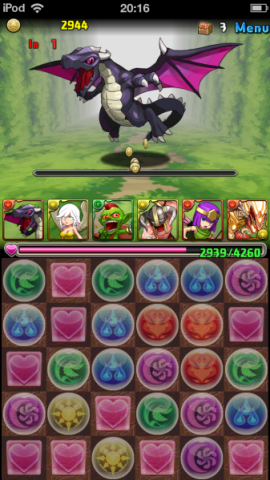 Above: A popular enemy from Clash of Clans now appears in P&D.

“This promotion with Supercell is similar to our Japanese collaboration events in terms of style, structure, and execution,” said Yamamoto. “In terms of strategy, the biggest difference with this particular collaboration is that both parties really focused on providing marketing and promotional support for each other’s titles.”

Rather than simply competing — Puzzle & Dragons dominates Google Play in terms of revenue but often sits neck-and-neck with Clash of Clans on the iOS charts — they opted to help each other out.

Harper said he couldn’t discuss specific details about the cross-promotion, but Supercell is happy with the partnership. “They can obviously help us tremendously in Japan, and we hope to be able to return the favor in the Western markets where we are strong,” he said. “The nature of the relationship ranges from doing in-game cross-promotion in each other’s games to working together in other areas where either of us can be helpful.

“Both companies know their own game very well, and we simply tried to do what we thought would be the most effective collaboration to cross-promote each other’s game. I think everyone is very pleased with how it has worked out.”

“We plan to promote Puzzle & Dragons [in the West] through ad campaigns and more exciting collaboration events,” said Yamamoto. “We hope everyone is looking forward to them!”