Supercell CEO Ilkka Paananen has had some spectacular successes in mobile games since starting the Helsinki company in 2010. His team of 240 people has created games such as Hay Day, Clash of Clans, Boom Beach, Clash Royale, and Brawl Stars, the most recent collection to its stable.

A year ago, the company said it had 100 million people play its games in a day. And in 2017, the company generated $810 million in profit on revenues of $2 billion. Creating that kind of value explains why the Chinese social networking and gaming giant Tencent led a consortium in 2016 to acquire the bulk of Supercell at a $10.2 billion valuation.

But Paananen doesn’t view himself as a powerful CEO. He says his job is to make sure that his employees — all veteran game developers, working in small “cells” — have the freedom to make their own decisions, especially about killing games that shouldn’t go forward. Supercell has cut more than a dozen projects in its history, mostly after employees decide that the game wasn’t living up to expectations or resonating during play testing in small markets.

I interviewed Paananen at the recent Game Developers Conference in San Francisco, where he talked about the cell-like management style where employees make the decisions.

GamesBeat: Was there a twist this time? I’ve heard you talk about this before, so did you do anything different?

Ilkka Paananen: I probably gave a few more detailed examples about what the culture looks like in action, and also talking quite a bit about the challenges we’ve faced. I just tried to put in a bit more detail for people.

GamesBeat: You describe yourself as a “weak CEO.”

Paananen: The least powerful, yeah. What I mean by that, the fewer decisions I make, the better I feel about how our organization works. The whole idea has been that teams would make most of their decisions. Ideally they would make all of the decisions. That’s a phrase I use to describe the idea.

GamesBeat: Thinking about it, this is the kind of thing people would like to put labels on. “This is socialism! This is communism!” Political comparisons that people try to make about how to run a game business.

Paananen: In my opinion, it’s probably the opposite of a communism. We’re trying to give responsibility to the smallest possible unit, the individual teams. As far as I understand communism it’s the opposite of that ideology. I was just talking now about how one of the biggest misconceptions around the Supercell culture is that it’s this small happy family where everyone can do whatever they want and not care about the results. Nothing could be further from the truth.

What keeps it all together is that—of course these teams can be independent, but they have great responsibility. Where that comes into play is we have a very high quality bar. We’ve agreed that our dream is to create games that people play for years and years, if not decades. That’s obviously a very high bar. Whatever doesn’t meet that bar gets killed. From that perspective it’s a high performance environment. 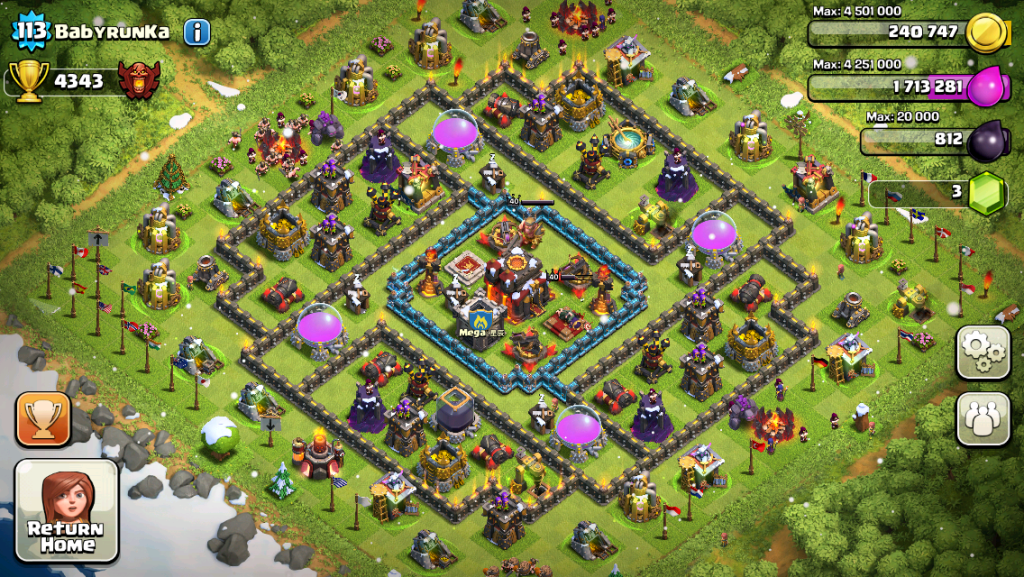 GamesBeat: I do always wonder how you handle surprises, like a game where your team and your people might not be the best judges of whether it’ll be popular or long-lasting. It seems like the only thing that tells you that is the market itself. Other companies take the tack of releasing a lot of games to see which one lasts.

Paananen: Our approach there—how we think about new game launches is that, first of all, at Supercell two entities have power of control over that. In the first phase it’s the team. In the development months when we don’t have hard data, it’s only the team that can decide whether a game will get killed or whether we’ll continue development. But once we get the game to the soft launch and we start to get metrics, then the power shifts from the team to the players.

Before we go to beta, we obviously set goals, mostly retention-related. Not only do we set those goals and agree on them with the team, but we also tell everyone else in the company about those goals. That’s our way of keeping ourselves and the whole company honest about that. We do that before the game goes out. If a game doesn’t reach those goals, then we’ll kill it, and if it does we’ll launch it.

Once we start to get the data, we have so much experience in this market, years of experience and lots of data collected from the four games we put out—games, as a business, is super hard to predict and forecast. But we’re pretty well equipped to do that given our experience and history. But you’re absolutely right that nobody has a crystal ball. Predicting a hit game is basically impossible. The only way to know is to put it out and see what players think.

GamesBeat: From what you’ve heard from Blizzard, is it pretty similar to their approach? Or is there something different? They do kill a lot of games before launch as well.

Paananen: I can’t say I’m very familiar with their approach. The way we think about killing games—killing games and failing, so to speak, it’s an essential and inevitable part of our creative process. If you kill a lot of games, it just tells that the quality bar is high. That’s a good thing. Of course, nobody enjoys killing games. It’s always a very sad moment. But as I said, it’s a necessary, inevitable part of the process.

GamesBeat: You guys still do that little celebration?

Paananen: Yeah, we’ve tried to—the whole thing has been blown a bit out of proportion from a PR point of view. But we do a toast. Not to the failure itself, but the learnings we gain through that failure. We try to do everything we possibly can where people will take big risks and nobody is afraid to fail. That’s one way to do that. It’s a very small part of it, but that’s what we do.

GamesBeat: Sometimes some of the big companies run into a problem of the bar going to high. Electronic Arts could kill every game that doesn’t beat Madden.

Paananen: That’s the other risk. We’ve talked about that quite a bit. How we see it, ideally our threshold for releasing anything to beta should be low, but our bar for releasing anything globally should be high. But one way to fail as a company would be you paralyze yourself. Nothing is ever good enough and you don’t put anything out. One thing we fundamentally believe in is that how we ultimately achieve the best quality is we learn as quickly as possible. If you never ship anything to real players, you never learn, and you never achieve ultimate quality.

GamesBeat: You do show a lot of flexibility with these investments. You’re more free to experiment outside your company with the investments into small startups.

Paananen: Another thing I like about the culture at Supercell, we very much enjoy experimentation and risk-taking. I believe that companies do not fail because they take risks. They fail because they stop taking risks. We try to apply that philosophy at Supercell, but we also definitely encourage our investments to do the same thing. We try to take all the short-term pressure away and encourage these guys to think big, to innovate, to create something that doesn’t exist yet, to think about the long term. Ultimately what’s best for the market is if people try to do stuff that hasn’t been done yet.

GamesBeat: You didn’t do this for a long time until recently. Was there a bandwidth question, as to whether you could handle it?

Paananen: Yeah, and maybe a focus question as well. It felt like there was so much to do in our own company. But now we’re relatively happy with the size of the studio in Helsinki. We’ve obviously been very lucky in our lives and the games we have out now. So how can we make an even bigger impact without growing the size of Supercell? We came up with this idea. It wasn’t a decision we made overnight. We thought about it for years before we made the first investment.