GamesBeat: For something like that, do you still do it on your own, or do you talk to Tencent and get feedback from them?

Paananen: We do it pretty much on our own. We work very independently. What makes our investment process special is that ultimately the investment decisions are made by our own game developers. We don’t have bankers making those decisions. We trust the game developers’ instincts, because ultimately we’re investing in teams and people. We don’t invest in products. 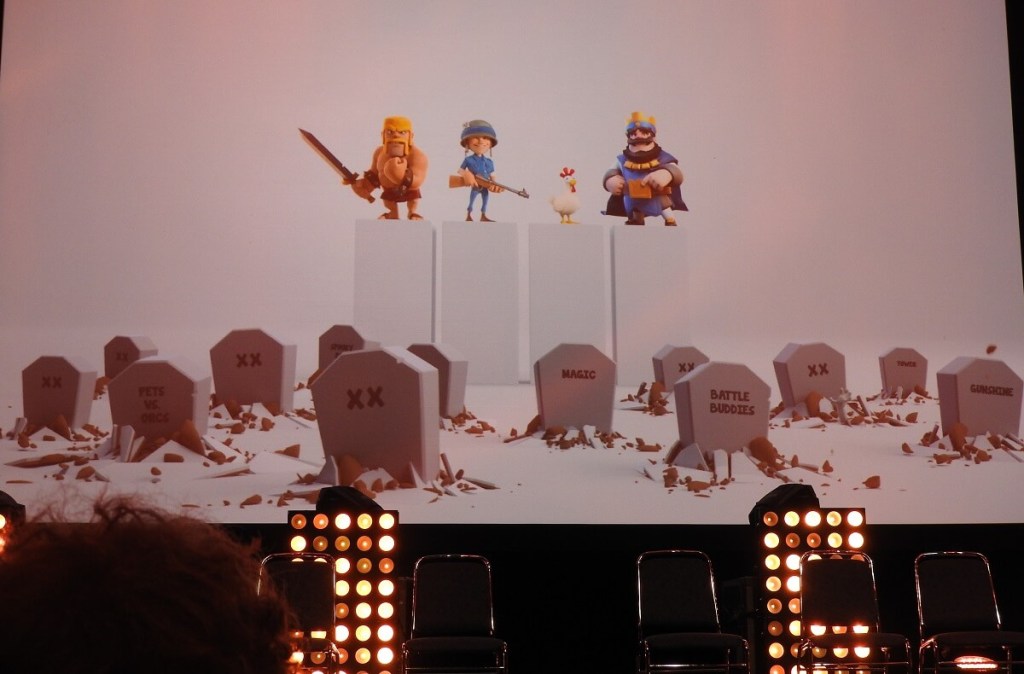 GamesBeat: Does this reduce any pressure to expand Supercell itself?

GamesBeat: Is it hard to resist that?

Paananen: It’s one of the specific topics that I talked about. The interesting thing about our culture and everything I talk about, it gets harder to maintain the more successful you become. I use an analogy about how all of this traditional approach, by which I mean top-down management and rules and processes, it’s almost this gravity. You get pulled toward it all the time. You need to fight back every day so that doesn’t happen.

GamesBeat: Just one more artist, that’s all we need.

Paananen: One more this, one more that, and before you know it you’re a huge corporation with hundreds if not thousands of people. It isn’t the same place anymore. Again, the more successful you become, the harder it is to sustain that.

The other thing I talked about regarding culture and the independence of teams, it’s easy to talk like that when things are going super well. But when things aren’t going as well it gets harder. Then you have this temptation to start to control things. Maybe you have some really opinionated people in the organization who want to have more control, people who have been super successful. But then you have the question of what’s more important.

Let’s assume that the team wants to do something that isn’t the right decision. Do we step in and correct the team? A force outside the team comes and changes their mind? That might be the right business decision in the short term, but if we do that, the price we pay is destroying the culture. Our culture wouldn’t be about independent teams anymore. The other option is we let the team make that decision, and the worst thing that happens is they’re wrong. But then, if we take that path, we still sustain the culture.

There are two ways to think about it. If you only think in the short term, the right thing to do would be to overrule the team and do what’s right for the short term. But that’s not how we think about it. We think in years and decades. If you take that perspective, it’s clear that it doesn’t matter whether a team makes the right business decisions. What matters is that we sustain the culture. 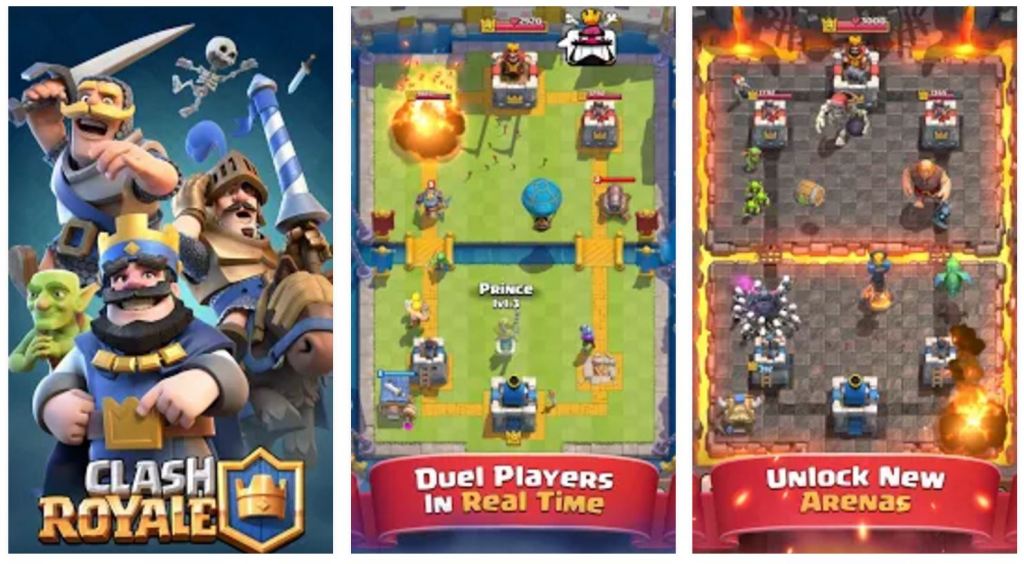 Above: Supercell’s Clash of Clans followup.

GamesBeat: If you were to overrule them, then your management style might not be any different from EA’s.

Paananen: We’d become just like every other company. It would be harder for me to explain the difference between Supercell and some other company. What makes is unique is this culture. That’s really worth fighting for.

GamesBeat: If you think about how to prevent an employee from leaving Supercell, what goes into that thought? How do you create a culture to minimize that? I can imagine that’s a reaction from some people when they kill their projects.

Paananen: But that’s the whole point. That wouldn’t happen at Supercell, because the only person who can kill your story is yourself. Nobody from the outside can do that.

GamesBeat: Except the people out there in the market.

Paananen: Again, that’s the whole point. What makes killing these games, I hope, a bit more tolerable for the developers is because it’s their call. Only they can make it. Nobody from the outside will come and do it.

GamesBeat: That empowerment, then, is a good way to retain your people?

Paananen: In short, Supercell has to be the best place for the best teams and the best people to develop the best games. As long as we take care of that, I’m confident that we’ll continue to have the best teams. The culture comes into play again. If we can overrule the team in that example, I don’t think we’re the best place anymore. Then people will leave. 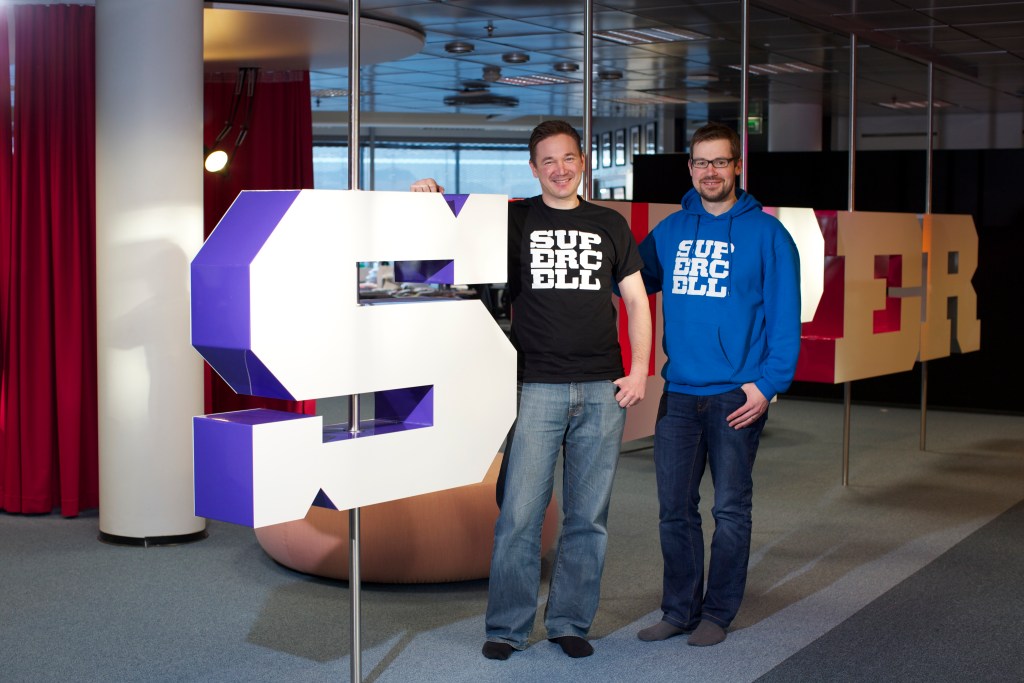 GamesBeat: Do you ever face the opposite problem, where a team makes a big payday and then they think about leaving?

Paananen: What I love about the games industry is that very few people in the games industry do games because—money isn’t the primary driver. Most people are here because they love games, they love creating games. It’s such a great industry to be in. That’s a big advantage, I think, for games.

I would imagine that for most of our people, the reason why they love their work is because of the game they’re working on and the people they create it with. Those are the two most important things. Of course, the possibilities that being part of Supercell offers—I was just talking about this up there. To me this is by far the best time to work at Supercell. We have the biggest opportunities and the biggest resources. It’s amazing compared to six years ago. This is a way better time to join Supercell.

It’s a combination of working on the game that you want to create with the people you want to work with, and really going after that big dream of creating games that people will play for years. To back that up, you have all of these resources and these great people who’ll help you in going towards that goal. I imagine that’s what keeps our people here.

GamesBeat: How do you look at the rest of the game industry? How would you like to see it change for the better?

Paananen: We’re excited, of course. We’re very focused on mobile and the types of things we can do there. But if I look at the mobile landscape, I couldn’t be more excited about the opportunities. It still feels like early days for the mobile games industry. I’d almost compare it to, I don’t know, the early ‘90s on the PC, something like that?

If you look at some of these big eastern markets, like China for example, how quickly they’re growing and the size of the opportunity there, it’s really exciting. If you look at Latin America and India, how the markets are growing, so many people are getting their first quality smartphone. It’s quite easy to reach all those people through the app store model. That’s exciting.

I’m excited about how much better these games can become. It feels to me like we’re still scratching the surface when it comes to stuff like social play. Nobody has developed the truly global mobile hit, a game that’s number one in China, in Japan, in Korea, in the U.S. I totally believe that’s going to be possible.

GamesBeat: What about tech more generally, things like blockchain and augmented reality that are on the horizon?

Paananen: These are all interesting things, but you’d be surprised how little we focus on tech. We focus more on the creative side, on game ideas. Technology always comes second. We don’t spend all that much time thinking about it. We’re not very technology-driven as a company. It starts from an idea, and then we look at the best tech to implement the idea.

Of course, though, the growing speeds of networks and the growing performance of phones will enable us to create better games. What I’m most interested in is everything related to social, the ways people can play together. Everything comes from there.