Supercell is launching a wide beta test for its newest mobile game, Everdale, today in some regions. This is the first time the company has lined up a new game since the global launch of Brawl Stars in 2018.

The Helsinki, Finland-based Supercell (Tencent owns a majority stake in it) has launched and operated only five games since its founding in 2010. That handful of games — Hay Day, Clash of Clans, Boom Beach, Clash Royale, and Brawl Stars — have generated billions of dollars in revenue as free-to-play titles with live operations. In 2020, the company reported $1.48 billion in revenues.

Supercell CEO Ilkka Paananen said in an interview with GamesBeat that the company is also working on three new Clash games: Clash Mini, Clash Heroes, and Clash Quest. Those titles present variations on the Clash of Clans themes, gameplay, and characters.

Unlike most of the games, Everdale is a peaceful, cooperative world-building game, similar to the sedate farming game Hay Day.

“The starting point was that the team wanted to do something quite different at Supercell,” Paananen said. “This game has no battles at all. They wanted to offer a very peaceful, relaxing experience for all the players. They were talking about some zen-like feeling for the player. It’s maybe somewhat closer to like something like Hay Day, from a philosophical point of view.”

Above: Ilkka Paananen, the CEO of Supercell, believes in small cells of developers.

Paananen said Supercell is selective about the games it introduces, as the goal is to put out games that are played for years and years and are remembered forever. The company takes this notion so seriously that it has canceled seven games since 2011 that didn’t meet its standards or do well in testing in soft launch. Paananen noted that he doesn’t greenlight titles, and the teams themselves are the ones that decide whether to launch a game.

Everdale made it through the internal hurdles –in contrast to titles from the last two years, Hay Day Pop and Rush Wars — and it’s an encouraging sign that Supercell is willing to talk about it. Still, the game will only launch globally if the company concludes players will love and play it for years to come. 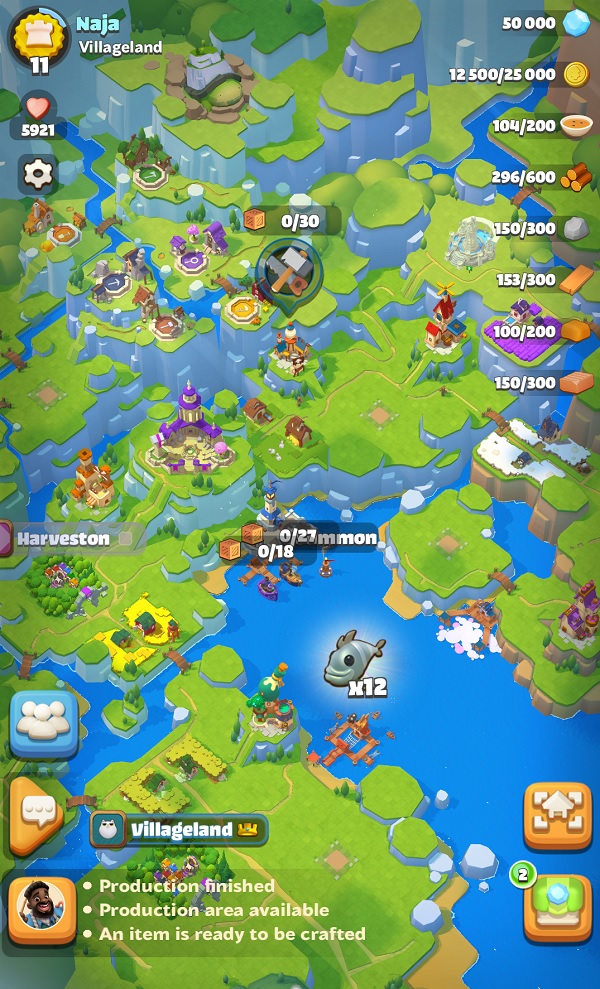 Above: Everdale lets players see each others’ progress.

Supercell says Everdale is rooted in cooperative world building. It’s set in a new fantasy universe that is peaceful, relaxing, and filled with enchantment. It has no wars or looting. Everdale enables players to collaborate and see each other’s progress in real time, Paananen said.

“From a technology perspective, we are proud of this real-time technology that has been developed for the game,” he said. “It allows people to see a player’s progress in real time. Other players progress and play together. The whole starting point of this game was that they wanted to make it extremely social.”

It is also a social game right from the start, allowing players to play as a community in the same seamless world. Paananen said the company had to work on the real-time social technology for some time to get it right. He said that 5G networks make the real-time technology slightly better, but the company is making its platform as “technology agnostic” as possible.

Everdale differs from Hay Day in that it’s a lot more social. Because of that, Supercell felt it could only test it with large groups of players, and so it put the game out without using Supercell’s name and enabled the team to start learning from player feedback. Players start by building a village and then connect with other players. The team constantly adjusted the social mechanics to make them better on a fast iteration cycle.

“The whole development process was quite interesting,” Paananen said. “It would have been difficult to do with a [smaller] beta testing. That phase is over and now it is going out to a lot more players. Now we’re finally ready to launch the game with its final name and brand.”

Paananen said the team still doesn’t know if the global launch will happen because anything can happen in the beta testing. “We are super-optimistic and excited to have the game go out,” he said. “The team was bold enough to try something completely different.”

There are rival games out there. Singularity 6 raised $30 million to build a peaceful building game, but that title is positioned more as a massively multiplayer online game for a variety of platforms.

Paananen also said there are three new Clash games going through the development process. This is part of the company’s plan to be more transparent about its game development.

“It’s exciting to have three Clash games going and that they may be coming out in a short time frame,” he said. “I think it’s a coincidence that they are doing so as the teams decide when to put them out there, and they think they are ready. There are no artificial pressures or deadlines that will be pushed from management. This just happened.”

Clash Quest is a new combat game that combines puzzle-based combat mechanics with familiar Clash troops and spells, where you explore the archipelagos of the Clash world, conquering your enemies with combinations of troops, power ups, items, and strategy. The game is in beta testing.

Clash Mini is a casual strategy game where players will be competing for intelligence and strategy against each other using miniatures. The game is in development.

Clash Heroes is a game where you assemble a team of  characters, and set out on a journey through the world of Clash. You’ll play a variety of adventures, some bite-sized and light-hearted, others more epic (like when you encounter a Goblin Giant or a Golem), and you’ll turn your band of misfits into legendary heroes.

All the games have been in development for a while. The first one in beta testing is Clash Quest, and the next one coming out after that is Clash Mini, which is the first game to come out of Supercell’s Shanghai studio.

“We want it to be open and transparent, and that’s why we’ve made the announcement,” Paananen said. “These games may not make it to the global launch, but we feel it’s much better to just be open and tell players that this is what they’re working on. The benefit is more players will want to give us feedback.”

He noted that millions of players are familiar with the Clash intellectual property, which got started in 2012 with the launch of Clash of Clans on iOS and 2013 for Android.

“Clash of Clans, which by the way just turned 9 years old, is still doing well, and Clash Royale has had an amazing year so far, and it’s growing,” he said. “For us, launching of a game is just the beginning, not the end.” 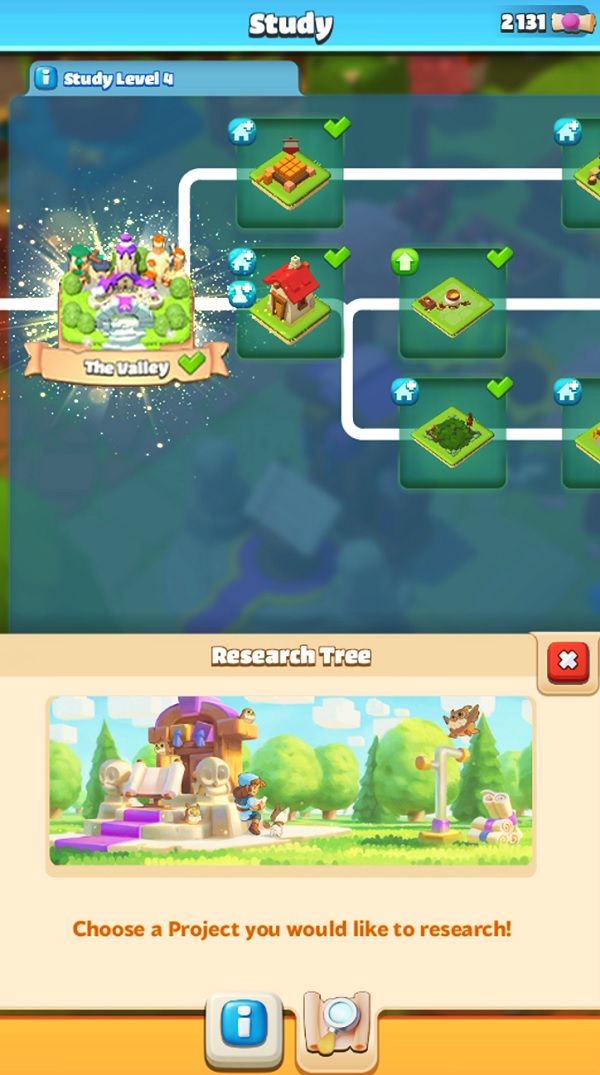 Above: Everdale has a research tree for developing new technologies.

Everdale started with a small team, and it has about 20 people now. With all of these games in development, Supercell has now grown to more than 350 employees around the world. It has studios in Helsinki, San Francisco, and Shanghai.

Paananen said the teams are working in a hybrid fashion, with some in the office and some working remotely. He said that the company’s approach is to trust people and let them make their own decisions on how to work. The company has also tried to help employees with mental health issues during the pandemic, as needed.

“We totally understand it’s been stressful, and we told everybody that the most important thing is health and mental health,” he said. “We can worry about productivity later. If you are making games that will last for a long time and a company that will last for decades, then that gives you perspective. You can take care of yourselves and your families and we can worry about productivity later. The key is to take a long view.”