Supercell had a bad year when it comes to financials for 2018, but theses would be enviable for any other game company in the world. The Finnish maker of games such as Brawl Stars, Clash Royale, and Clash of Clans generated a profit of $635 million on revenue of $1.6 billion.

This could be a cause for concern at any other company. But Supercell, which Tencent mostly owns, is no ordinary company. After all, Supercell was able to generate all that profit with just 283 employees — or a profit of roughly $2.24 million and revenue of $5.65 million per employee. Such numbers are unheard of in most game publishers and studios. And the CEO’s message about the year shows that Supercell continues to be unlike almost any other company in gaming — or capitalism.

“A few people have asked me whether as the CEO of the company I feel disappointed that the numbers went down from the previous year (and the year before),” said Supercell CEO Ilkka Paananen in a blog post. “Well, sure, of course it would be great if the numbers always grew from the previous year. But, focusing on short-term financial metrics has never been the most important thing for me or for us as a company. Our concern is that if you start to be driven by short-term financials, you may be tempted to release average quality games too early or be overly focused on monetization. Instead, our approach is to focus on building great teams and creating a culture where these teams can focus on building great games.”

Under Finnish law, Supercell is required to report its financial picture once a year. The company once received a government grant and Paananen that his company was proud to pay $122 million in taxes in 2018 to Finland. He said the company does not try to “optimize” its taxes.

During the year, Supercell launched Brawl Stars, its first new mobile game since Clash Royale in 2016.

“Given such a long gap, everyone was very eager to get Brawl out,” Paananen said. “I guess there was even some self-imposed pressure within Supercell to do so. This is precisely why I am so proud that the Brawl Stars team took all the time they needed to get the game to where they wanted it to be quality-wise. This is how we all want Supercell to operate: we should only release games that are the best possible experiences for our players; games that we ourselves are proud of. If this takes time, then so be it.”

During the year, the Brawl Stars community created 19 of its 65 maps. After launch, Brawl was the No. 1-downloaded game in more than 50 countries, including some significant Asian markets like Japan, South Korea, and Taiwan. Eighty million people have now played it, and its rating is 4.5 out of 5 stars. And the it hasn’t launched in China yet.

Paananen said that the company’s dream is to make games that are played for years and remembered forever. To that end, Supercell’s Hay Day and Clash of Clans both celebrated their six-year anniversaries.

Clash of Clans and Clash Royale saw major updates during the year with Royale getting its own breed of Clan Wars, and Clash of Clans receiving new Town Hall levels for both villages as well as the new competitive endgame Clan War Leagues. The Boom Beach and Hay Day teams devoted their time to working on something big that they’ll bring to their players this year, Paananen said.

Around 25 million players participated in the in-app challenge events that served as qualifiers for the World Finals of the Clash Royale League.

“Each of our first four games – Hay Day, Clash of Clans, Boom Beach and Clash Royale — have now all grossed more than a billion dollars in lifetime sales,” said Paananen. “What is even more amazing is that the two Clash games have reached a combined ten billion dollars. To put that in of context, that’s more than major film series like The Lord of the Rings and Harry Potter have made at the box office, and ranks alongside iconic games franchises like Warcraft and League of Legends.”

He added, “For someone who has been in mobile games since 2001, these types of figures are a great reminder of how far our industry has gone and all the wonderful things that games bring us. When I grew up, games were mostly played by teenage boys like me. Today, games are played by people of all ages and genders. Gamers come from all kinds of backgrounds, from all countries around the world. And there are billions of people who play.”

Last month, there were 25 million active groups playing Supercell games, all of them created by players, with an average size of 10 players.

While Supercell can afford to hire new employees, it chooses to remain small, with the goal of maximizing innovation and quality, and minimizing bureaucracy, resulting in the very best games, Paananen said.

“One of the really big steps we took in 2018 was that we decided to start building a game studio in our Shanghai, China office,” he said. “In the early days of Supercell, I thought that we would always be a single studio company – just to keep things simple. But I changed my mind when I got to know the Chinese games industry better. I admire how the best developers in China think about social gameplay and also how much new quality content they bring their players every month. There is definitely a lot us Western developers can learn.”

The Chinese studio will make games for the global market. But he noted that Supercell continues its policy of killing games that don’t meet its teams’ own standards.

“Supercell is a serial killer of games, and we will also maintain this high bar for any games created out of our Shanghai studio,” he said. “We only release games that we are proud of and that we believe would be played for years – so getting the first game out from Shanghai might take a while.” 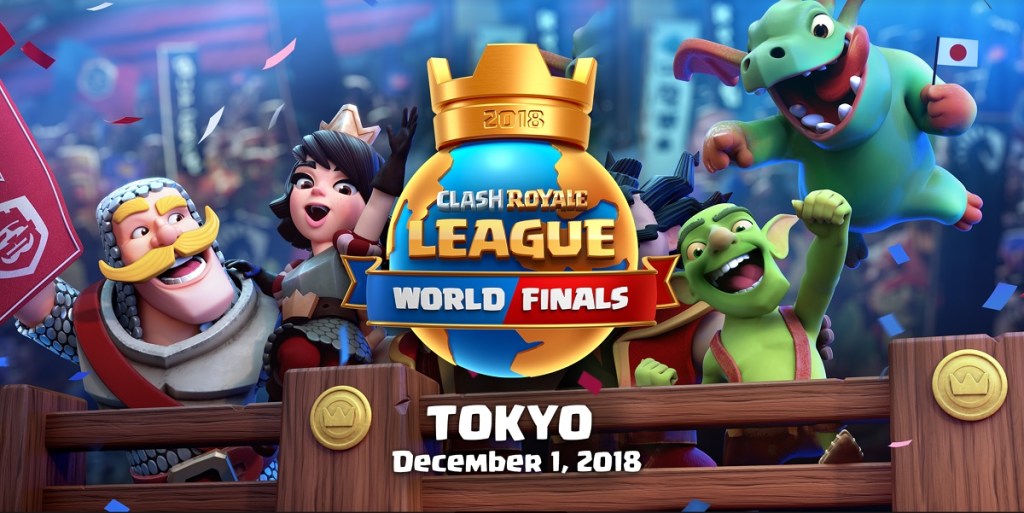 But Supercell has expanded its influence by investing in game studios, including investments in teams at Redemption Games (Carlsbad, California), Trailmix (London) and Everywear Games (Helsinki).

“We started to make investments a few years ago because we wanted to make a bigger impact in the world of games, without needing to grow our internal studio too much,” Paananen said. “Compared to traditional and usually very financially driven investors, our approach is different. The key idea is to give the teams full control of their own destiny, like we do with our own internal teams; enabling them to focus entirely on developing the best possible games, without the usual burdens that come with investors.”

As for 2019, Paananen said that Brawl Stars will have a lot of updates, and it will debut in China soon.

Boom Beach will have a huge “Warships” update soon and Hay Day will get a big update, though perhaps on a longer time table. The Clash of Clans and Clash Royale teams are also working on updates. 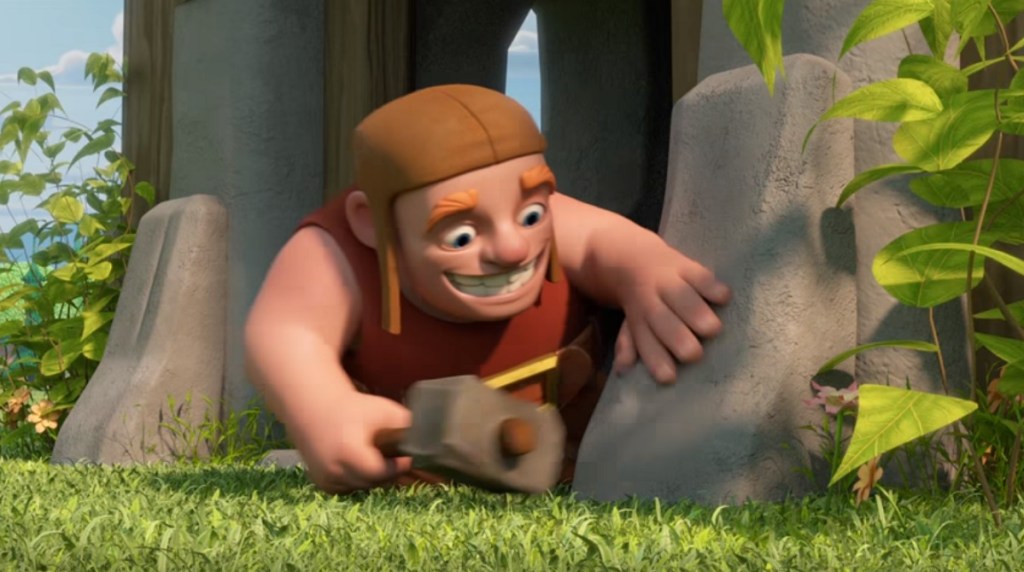 Above: The Builder from Clash of Clans

To produce more content, Supercell has partnered with some trusted external studios. That’s a first for the company. And Supercell is also investing more in tools and technology to be more efficient.

“What all of this means for a game like Brawl Stars, for example, is more brawlers, more skins and more environments being added more frequently,” Paananen said.

He said that while many games in the works may likely be killed, one or two games may make it to beta testing this year.

“What makes it unique is that it has no teachers, no classes or books. Instead, it is based on practical coding assignments (including building games!) that students do in groups. Also, anyone can apply to the school via an online test that tests your logic skills, no prior coding experience is required,” he said. “The school is also tuition free and based on a revolutionary concept called Ecole 42 (developed in Paris). The people behind it were kind enough to let us use the same concept here in Helsinki. One of our big goals behind the school is to make learning to code inclusive and accessible for everyone. We want creative people from all walks of life and from all kinds of backgrounds to have an opportunity to become world class coders. The school is off to a good start; the online test has been open for a less than a month, and already a couple thousand people have passed it and made it to the next qualification phase.”

Lastly, Paananen said that Supercell will become entirely carbon neutral in 2019. That’s not easy, as Supercell employees travel more than 2000 days per year, and with hundreds of millions of players, Supercell consumes energy for 6,400 servers. This year, the company will use carbon off-set services like Southpole to become carbon neutral.