Research firm SuperData has released a new report on the digital card games market, which it expects to earn $1.4 billion in 2017. Blizzard’s behemoth Hearthstone, which is available for PC, iOS, and Android, leads the field.

Hearthstone, meanwhile, has been running hot since its release in 2014. Blizzard supports the digital card game with a new expansion about every four months. According to SuperData, Hearthstone earns at least $25 million a month, but that number has gone as high as $40 million. That includes last December, which saw the launch of the Mean Streets of Gadgetzan expansion. Hearthstone has a player base of 20 million, and many of these individuals spend money buying packs of cards in the free-to-play game. Hearthstone’s success has changed the digital card game market. 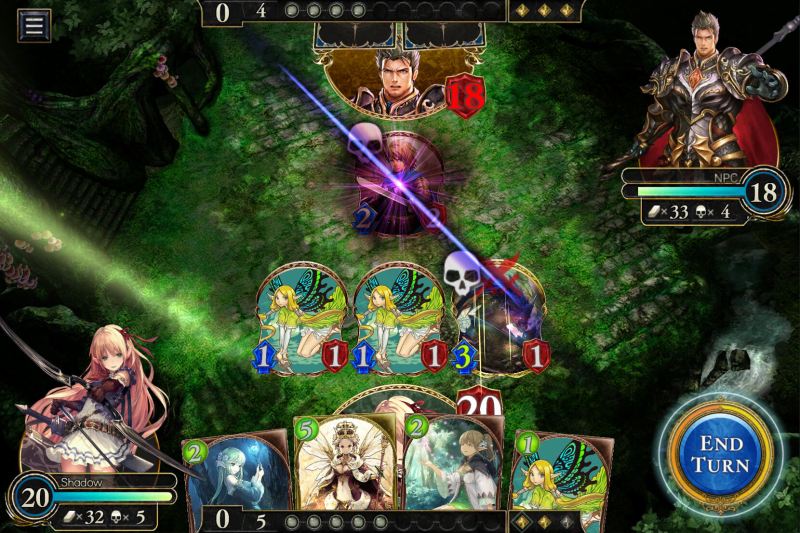 Above: Shadowverse is only behind Hearthstone.

After those two titles, the numbers become less explosive. WWE SuperCard is at No. 3 with $23.9 million. Unlike Hearthstone and Shadowverse, which are available on PC, SuperCard is only a mobile game. So is Yu-Gi-Oh! Duel Links, which didn’t even come out in the U.S. or Europe until this month. It was available in Japan starting last November but still earned the No. 4 spot in 2016 with $23.9 million. After that was Magic: The Gathering Online, which is only available for PC, at No. 5 with $20.6 million.

So, while Hearthstone has a strong lead, newcomers Shadowverse and Yu-Gi-Oh! Duel Links are in a position to have strong years in 2017.

SuperData also noted that 7.6 percent of digital card game players in the U.S. buy in-game content. Many digital card games, including Hearthstone, are free-to-play, and buying digital packs is usually the fastest way to get new cards.

Also, 86 percent of digital card game players watch online videos of other people playing digital card games. This includes influencers who broadcast and upload their play sessions on sites like Twitch and YouTube as well as esports tournaments. Many watch as a way to learn new strategies.