Virtual reality is ready to grow.

Research firm SuperData released a new report predicting that VR hardware will earn $3.6 billion in 2017. That would be an increase of 142 percent over the previous year. It expects VR hardware to reach $17.8 billion by 2020. 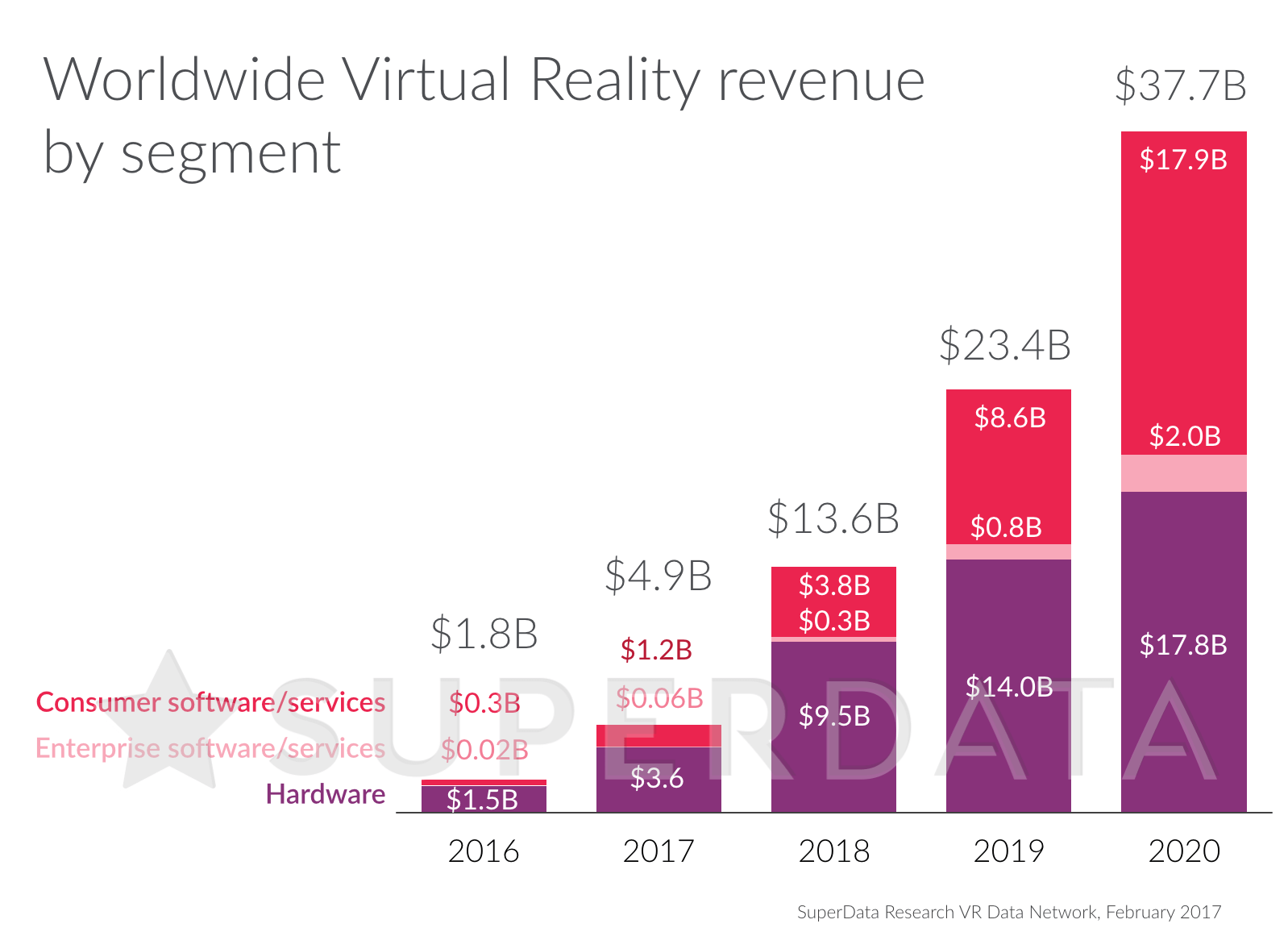 2016 was a big year for VR, with the Oculus Rift and HTC Vive launching for PC while Sony released the PlayStation VR for PlayStation 4 and the Google Daydream mobile VR device saw its debut. SuperData expects sales of these premium headsets to hit 21 million in 2017, more than triple the number last year. SuperData expects Google Daydream to lead the field with 6.8 million devices sold.

Many of those devices launched in the middle or later part of 2016, so this is the first full year of availability for most VR headsets. That and having more software become available could help the market grow in 2017.

SuperData expects revenues from the virtual reality market — including software and hardware — to hit $37.7 billion by 2020.