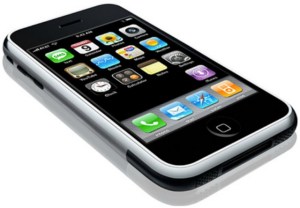 Gamers are spending more time on their mobile phones than on their consoles and personal computers, according to a new survey from mobile gaming community MocoSpace.

The study says women over 30 consistently showed more interest in mobile gaming than others. Twenty-seven percent of women over 30 said they spend more than three hours playing games on their mobile phones every day, which is double the percentage of men on average, as well as that of women ages 12-29.

The survey also found that mobile gamers are as devoted to game play as console gamers. Twenty-one percent say they spend at least an hour playing every day on their mobile phone, compared to the 24 percent who say they spend at least an hour a day on their console, on average. MocoSpace says the high engagement levels on mobile indicate the device carries as much allure as consoles. Despite the portability of a smart phone, 47 percent of mobile gaming is actually done at home, according to data from the NPD Group. MocoSpace CEO Justin Siegel says the fact that people are gaming on their smart phones while sitting a few feet away from their controller shows that mobile is capable of grabbing and holding their interest.

“This data makes it clear that mobile is a viable alternative to console and PC gaming,” he said.