It’s common for companies to turn to beautiful people for help selling a product, and mobile gaming is now following that same path.

Developer Machine Zone has a new commercial for its popular mobile strategy app Game of War. It features an epic battle with flaming arrows, trebuchets, and … Sports Illustrated: Swimsuit Edition cover model Kate Upton? Machine Zone is one of many mobile-game developers turning to television to find more players. Candy Crush Saga publisher King and Clash of Clans studio Supercell have both started plastering the airwaves with advertisements over the last year. As the price of player-acquisition ads on mobile continues to increase, developers are finding they can reach more people for less through television. To ensure that its ad draws the attention of its target audience, Machine Zone hired Upton to don a low-cut medieval dress and beckon players to come “play with her.”

Check out the Game of War commercial for yourself:

Game of War is a town-building defense game for iOS and Android. Essentially, you buy buildings to improve your castle and then attack other people’s cities or defend your own. Machine Zone had a team of around 80 work on the game for more than 19 months to get it right — although that doesn’t mean that Game of War is a graphical showpiece.

While the 60-second spot makes Game of War look like a movie, the actual action looks nothing like that.

Here’s a typical screenshot from Game of War: 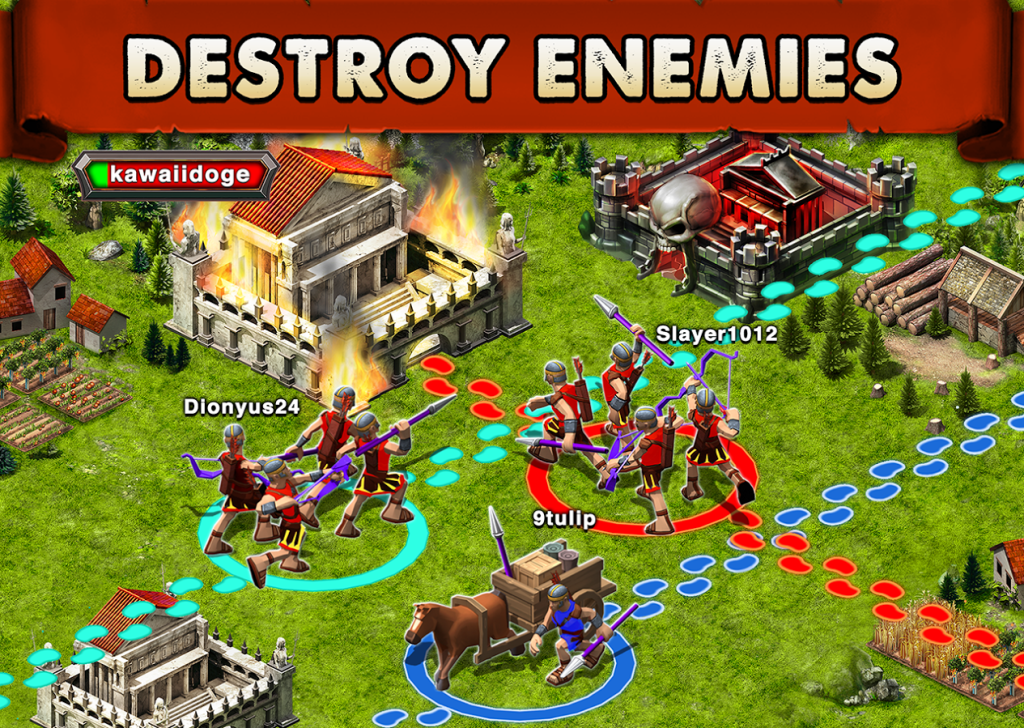 Despite its simplistic looks, Game of War is huge in terms of its audience and the money it generates. It is the No. 4 highest-grossing app on iOS behind just Clash of Clans, Pandora Radio, and Candy Crush Saga. That means it is making hundreds of millions of dollars per year.

That success also explains why Machine Zone felt the need to make a big, expensive commercial with a supermodel. In order to maintain its revenues, Game of War has to constantly churn through new players. It’s the business model that has helped Clash of Clans, Candy Crush Saga, and Game of War maintain their positions at the top of the charts for more than a year.