New York-based Take-Two is buying Zynga for $9.861 a share, a 64% premium over Zynga’s closing share price on January 7. Take-Two, whose games include Grand Theft Auto V and Red Dead Redemption 2, will pay $3.50 a share in cash and $6.361 per share in Take-Two common stock.

The move will trigger a big consolidation in gaming, combining Take-Two’s success in hardcore video games with its Rockstar Games label and San Francisco-based Zynga’s strong position in mobile social games such as Words With Friends, Zynga Poker, and Empires & Puzzles.

“I’m excited to be here today to usher in what will be a transformative moment for Zynga and Take-Two’s players, employees, and shareholders,” said Frank Gibeau, CEO of Zynga, in a call with analysts.

The combined company will combine Take-Two’s portfolio of console and PC games with Zynga’s focus on mobile titles, with $6.1 billion in trailing twelve-month pro-forma net bookings for the period ended September 30, 2021. Gibeau said the portfolios of the companies are complementary. 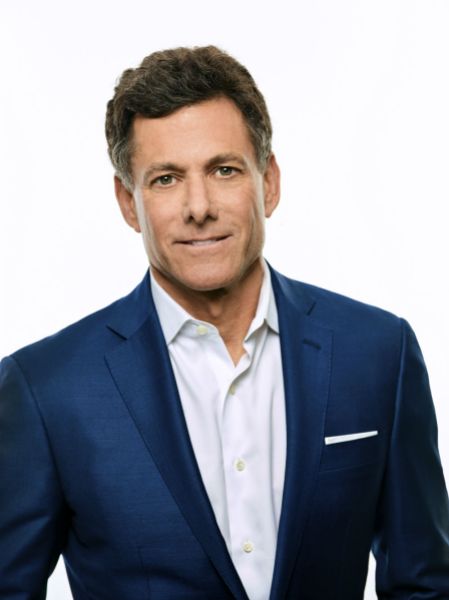 “We are thrilled to announce our transformative transaction with Zynga, which significantly diversifies our business and establishes our leadership position in mobile, the fastest-growing segment of the interactive entertainment industry,” said Strauss Zelnick, chairman and CEO of Take-Two, in a statement. “This strategic combination brings together our best-in-class console and PC franchises, with a market-leading, diversified mobile publishing platform that has a rich history of innovation and creativity.”

He added, “Zynga also has a highly talented and deeply experienced team, and we look forward to welcoming them into the Take-Two family in the coming months. As we combine our complementary businesses and operate at a much larger scale, we believe that we will deliver significant value to both sets of stockholders, including $100 million of annual cost synergies within the first two years post-closing and at least $500 million of annual net bookings opportunities over time.”

Take-Two will have more to say about the combined results as the deal closes and quarterly analysis is completed.

Zynga has 183 million monthly active users. The transaction is expected to deliver approximately $100 million of annual cost synergies within the first two years after closing, and more than $500 million of annual net bookings opportunities over time.

“Combining Zynga’s expertise in mobile and next-generation platforms with Take-Two’s best-in-class capabilities and intellectual property will enable us to further advance our mission to connect the world through games while achieving significant growth and synergies together,” said Gibeau, in a statement. “I am proud of our team’s hard work to deliver a strong finish to 2021, with one of the best performances in Zynga’s history. We are incredibly excited to have found a partner in Take-Two that shares our commitment to investing in our players, amplifying our creative culture, and generating more value for stockholders. With this transformative transaction, we begin a new journey which will allow us to create even better games, reach larger audiences and achieve significant growth as a leader in the next era of gaming.”

Both companies have created memorable game franchises, which will combine to form one of the largest and most diverse portfolios of intellectual properties in the sector.

The video game sector has experienced rapid growth over the last few years, particularly as players hunker down during the pandemic and entertain themselves remotely with online games, and is now the largest vertical in the entertainment industry.

Mobile gaming is the fastest growing segment within the industry, with an estimated $136 billion in gross bookings in 2021, and an expected compound annual growth rate of 8% over the next three years.

The transaction will bolster Take-Two’s mobile offerings, which include popular games such as Dragon City, Monster Legends, Top Eleven, Two Dots, and WWE SuperCard, and consist of an array of titles that focus on many of the most popular genres in mobile gaming, including casual, hyper-casual, lifestyle, mid-core, puzzle, social casino and sports games.

The combined entity will have $769 million in adjusted unrestricted operating cash flow on a pro-forma basis for the trailing twelve-month period ended September 30, 2021. Looking ahead, the combined company is expected to deliver a 14% compound annual growth rate for net bookings (excluding the annual net bookings opportunities and any future acquisitions) over the three-year period from Take-Two’s fiscal years 2021 through 2024. 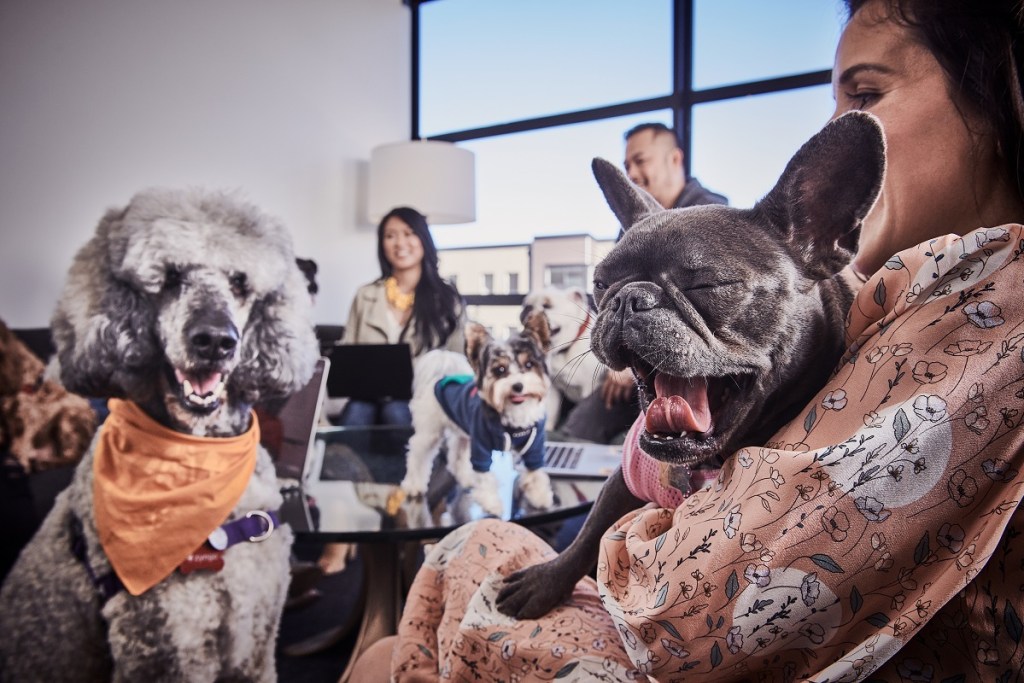 Above: Portrait and lifestyle shoot at Zynga’s headquarters, San Francisco, CA, April 24-25, 2019. Pictured: a large group meeting with employees and their dogs.

The companies said the addition of Zynga’s mobile titles will expand the Take-Two’s base of recurrent consumer spending. Through the addition of Zynga’s mobile business, particularly its diversified portfolio of live services and upcoming pipeline of new releases, Take-Two will increase its sources of RCS, a highly-attractive revenue stream that helps reduce volatility across reporting periods that has historically been driven by the cadence of Take-Two’s console and PC release slate.

Together, the companies will have 8,000 mobile and console game developers. Zynga itself has nearly 3,000 employees.

Take-Two said the deal will enable it to take more of its intellectual properties to the mobile game market.

Gibeau has said that Apple’s move to focus on user privacy over targeted ads (Identifier for Advertisers) influenced its decision, and an analyst asked if the IDFA change prompted the acquisition, as it made it harder for Zynga to stand on its own. Gibeau responded the deal would drive long-term shareholder value from the additional scale that would help it deal with things like IDFA.

The teams at Take-Two and Zynga will deploy best-in-class practices for live operations throughout the organization to enhance and grow existing titles across the portfolio. Key opportunities include cross-marketing through a larger, shared customer database and improving game economies through more effective data analytics and machine learning models, the companies said.

Other strategic benefits include the use of Zynga’s Chartboost advertising platform, which will improve new user acquisition through better audience targeting and optimize mobile advertising inventory to achieve greater yields, the copmaies said.

The deal will also give both companies a chance to expand into geographic areas such as growth markets across Asia, including India, and the Middle East, among other regions. It will also add an enhanced focus on technological innovation and new business models that will utilize the collective knowledge of forward-thinking talent. Zynga recently said it was focusing on nonfungible tokens (NFTs) and new business models that can come with it.

At the close of the transaction, Zelnick will continue to serve as chairman and CEO, and the management team of Take-Two will continue to lead the combined company. Zynga’s management team, led by Gibeau and Zynga’s president of publishing, Bernard Kim, will drive the strategic direction for Take-Two’s mobile efforts and will oversee the integration, and day-to-day operations of the combined Zynga and T2 Mobile Games business, which will operate under the Zynga brand as its own label within the company. Additionally, Take-Two will expand its board of directors to 10 members upon the closing of the transaction to add two members from Zynga’s board of directors.

Zelnick said that other acquisitions will still be interesting to the companies as they will close the deal with a “fortress-like balance sheet” and will be in a position to pick up more great teams and intellectual properties. 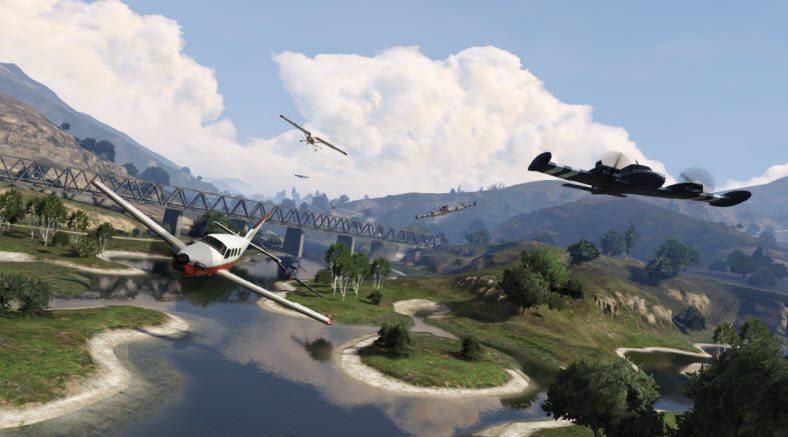 Within the collar range, the final number of Take-Two shares estimated to be issued on a fully diluted basis will range between approximately 50.3 million and 58.5 million shares. Upon closing of the transaction, current Take-Two stockholders will own between 67.2% and 70.4% and current Zynga stockholders are expected to own between 29.6% and 32.8% of the combined company on a fully diluted basis, respectively, including the shares associated with expected settlement of Zynga’s two outstanding series of convertible notes due 2024 and 2026.

As part of the transaction, Take-Two has received committed financing of $2.7 billion from J.P. Morgan and intends to fund the cash component of the transaction through a combination of cash from its balance sheet as well as proceeds of new debt issuance.

The merger agreement provides for a “go-shop” provision under which Zynga board may actively solicit, receive, evaluate, and potentially enter negotiations with parties that offer alternative proposals during a 45-day period following the execution date of the definitive agreement, expiring on February 24, 2022.

The transaction, which is expected to be completed during the first quarter of Take-Two’s fiscal year 2023, ending June 30, 2022, is subject to the approval of both Take-Two and Zynga stockholders and the satisfaction of customary closing conditions, including applicable regulatory approvals.