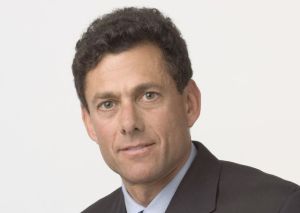 Zynga‘s tens of millions of regular players and burgeoning revenues have many investors excited about its fast approaching Initial Public Offering, but Take Two CEO Strauss Zelnick is definitely not one of them.

Zelnick attempted to throw some cold water on that fiery excitement yesterday with comments that cut directly into some of the  social gaming leader’s perceived weaknesses.

Speaking at the Reuters Global Media Summit, Zelnick said he saw “disclosure issues” at the company, adding that investors should be made aware of the specific rate which old customers are frequently churned out for new ones in the company’s games.

“I would argue being the No. 1 player in [social gaming] is complicated, which is why Zynga hasn’t gone public yet because their metrics are sketchy,” Zelnick said.

The Take Two executive went on to call Zynga a “direct marketing company” — a term that raises images of pyramid schemes and late-night infomercials. He also took the company to task for having a player base where ” 97 percent… don’t pay them anything,” unlike Take Two and other traditional game publishers. He also noted that acquisition and marketing costs were increasing for Zynga, which has seen its profits fail to keep up with revenue growth in recent months.

Zelnick’s comments come days after a New York Times report suggested widespread employee dissatisfaction at Zynga. The company recently came under fire for allegedly issuing an ultimatum to employees, demanding that they return existing stock options or risk being fired. Zynga, however, claims that the incident is “based on hearsay” and showed Zynga “in a false and skewed light.”

Earlier this year, Zynga failed in its attempt to purchase casual game giant Popcap for $750 million, due in part to the heavily measured, productivity-driven work environment in place at the FarmVille maker. The New York Times also reported that Angry Birds maker Rovio turned down a reported $2.25 billion offer from Zynga earlier this year.