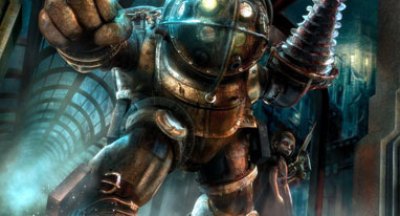 Take-Two Interactive Software, the maker of the Grand Theft Auto video games, reported its sixth quarterly loss in a row today and said it would cut about 15 percent of its work force.

But the encouraging thing is that Take-Two has a genuine hit on its hands with BioShock 2, a horror shooting game that has a deep story. BioShock 2 has sold more than 3 million units since its launch a month ago. That means that the hardcore game audience, which bought fewer games last year, is still embracing ambitious new games despite the lingering effects of the recession.

Two games, NBA2K10 and Borderlands, drove the better results. In the second quarter, Take-Two expected to see a profit of 20 – 30 cents a share on revenue of $250 – $300 million. Analysts have estimated second quarter results will be 7 cents a share and revenue of $267.4 million. The second quarter results will be driven by new hits such as BioShock 2. The original BioShock, launched in 2007, sold more than 4 million units. I’m in the midst of playing that game, and it is truly loads of fun; I intend to finish it. The NBA game sold more than 2 million units.

Regarding the company’s goal of maintaining profits in the future, Chairman Strauss Zelnick said in a conference call, “We believe we can deliver on that goal.”

The company said its fiscal year revenues will be higher than expected, at $725 – $925 million. Borderlands sales are also at 3 million and continue to grow due to sales of downloadable expansion content. Zelnick said that he is still cautious about the outlook for the overall company. The company had announced last month that it would have layoffs and today said that the 15 percent cuts would result in a savings of $8 million this fiscal year and $15 million a year in future years.

More big games are coming. The company is launching Red Dead Redemption on May 18. This year, the company will launch Sid Meier’s Civilization Network on Facebook, and the Firaxis studio is also working on a new flagship game, Civilization V, for later this year. Also in the fourth fiscal quarter, Take-Two will launch L.A. Noire, where you play a rookie detective in 1947 Los Angeles. Other games coming at year end are Max Payne 3 and Mafia II.

Meanwhile, Take-Two is working with Tencent in China to create NBA 2K Online for the Chinese market. Digital revenue from downloadable content was about 12 percent of revenue in the quarter, compared to just 3 percent a year ago. Take-Two also plans to publish on its own in Japan rather than rely on partners in the future.

The challenge, as always, is for Take-Two to create hits and profits even when it isn’t shipping a new version of its Grand Theft Auto franchise; the last one generated 15 million units in sales.