Mobile publisher Tamatem has brought 40 games to the Arabic-language market and racked up millions of downloads. Its newest title is Airport City, a simulation game from Lithuanian developer Game Insight. It will debut on iOS and Android in that region on April 26.

“The main idea behind the company, and why I started it, is because Arabic is the fourth most spoken language worldwide, yet less than one percent of all content available online is available in Arabic. There’s a huge demand for Arabic apps and content and there’s not enough available,” said Tamatem CEO Hussan Hammo in a call with GamesBeat.

Tamatem is based in Amman, Jordan, but it publishes games that reach countries like Saudi Arabia, United Arab Emirates, Qatar, Kuwait, and Egypt. When Hammo pitches the publisher’s service to developers, he says that he often encounters misconceptions about the size of the market. He has to not only pitch Tamatem, but also the region, which has an engaged audience that’s willing to pay for gaming experiences.

“With everything that’s happening in the region, from a political point of view, people are just very skeptical. In the early stages they wonder if I’m serious or just bluffing,” said Hammo. “Then they start looking at services like App Annie and they see all this money flowing from international developers in the region, and in comparison to other regions, how much money is being made in the region. ”

Hammo started the company in 2013 when he received backing from the 500 Startups accelerator and seed fund for his vision of bringing international games to the market as well as fostering local developers. Earlier this year, it raised $2.5 million in a Series A investment round led by Wamda Capital.

Finding games to bring to the Middle East 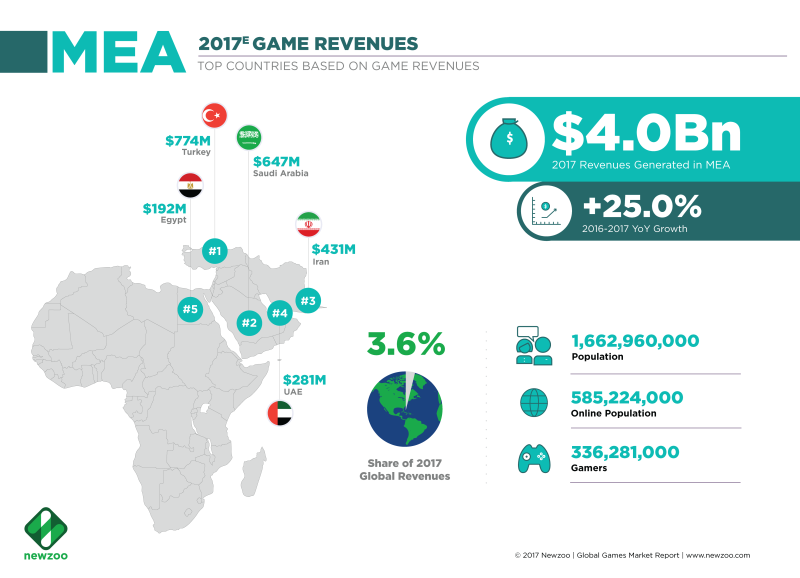 For a while, Hammo looked to China in search of quality games to publish in the Arabic market. It’s difficult brokering publishing deals with huge players like the Chinese tech giant Tencent, so Tamatem sought smaller “second-tier developers.” But in his recent trips to the country, he’s noticed that the giants are swallowing up a lot of the competition. So next year, he’s planning on focusing more on the U.S. and Europe, which may be facilitated by the new partnership with Game Insight.

“There may be a major shift happening in China toward consolidation of game developers. It’s similar to what happened in every other industry,” said Hammo. “You don’t find that happening as strongly in Europe or the U.S., although you do still have Supercell and these other huge guys. You still find people popping up to the surface from time to time. In China, no one is popping up. The giants dominate everything.”

The partnership with Lithuanian studio Game Insight could serve as an opportunity to reach out to other Eastern European developers. And Tamatem anticipates that Airport City will do well with Arabic players, who gravitate toward the same games as those in the U.S. market and enjoy simulator games, RPGs, and social games. Since 2014, Airport City has been downloaded more than 10 million times and earned over $25 million from in-app purchases, according to estimates by the market analyst Sensor Tower.

“We’re trying to build a sustainable, scalable model, so we’re not dependent on just one game to generate our revenue, and we’re picking games that have already been proven somewhere else in the world,” said Hammo. “The games we pick have very solid numbers in terms of traction, retention, pay rate, and all those metrics that we’re focusing on.”

The complexity of localization 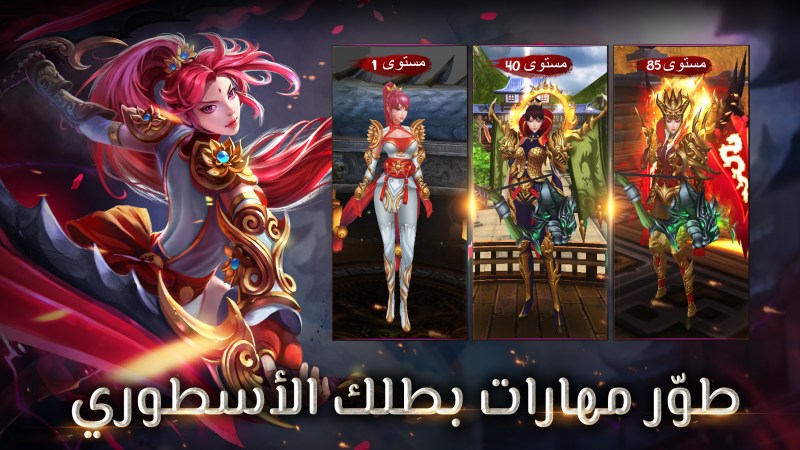 When Tamatem finds a game that it wants to bring to the Arabic market, that’s only the first step. The publisher must localize the titles to appeal to the audience.

“Every time we tell people that we do localization, they think we just look at female characters and cover them up,” said Hammo. “That’s really not the case. But you need to be cautious about content that you’re providing.”

Sometimes it is the case — for instance, Hammo encountered a game that featured a scantily clad woman named Fatima. “That’s the name of the Prophet’s daughter,” he explained. “Putting that name on that image would be a nightmare for [the developer].”

But often, the localization is much more in-depth than just changing certain design aspects. The publisher customizes the icons and previews on the Apple App Store and Google Play in order to effectively market the game. It translates the content into Arabic, which is a complex language with its own technical issues like spacing the characters. For one game, Tamatem switched out the music with an entirely new soundtrack that’s comprised only of “body sounds” like snapping, humming, and singing. That’s because the original music would have offended many people in Saudi Arabia.

“The game had music in it, like any normal game in the world, but this type of music wasn’t as culturally accepted in Saudi Arabia in specific,” said Hammo. “From a religious point of view, for many people in Saudi – Saudi specifically, not across all Arab countries – they believe that this type of music, normal music we listen to every day, is just forbidden. You can’t change the culture. You can’t just tell people that this doesn’t make any sense.”

It’s difficult for international developers to have an idea of what to expect when they go to the Middle East. But what about local studios, who would be able to anticipate what Arabic players want from a game?

Hammo says that it’s difficult finding developers in the region, which doesn’t have too many game design courses at its universities. And, perhaps more crucially, a lot of people don’t think it’s possible to build a business around games. Tamatem even has trouble hiring sometimes because people are interested in app development, but not games.

“There are initiatives happening in the region to encourage students to think about gaming as a business, but I still believe there’s a lot more work that has to be done in the field,” said Hammo. “We’ve tried a lot as far as investing in indie developers, or having internal studios, external studios. We had a studio in Egypt. We had affiliations with different studios from around. But we still feel there’s a gap between the indie developers here and indie developers, for example, in Europe or East Asia, in terms of knowledge and education and the will to learn.”

But maybe that will change soon. The Middle East and Africa region is growing 25 percent year-over-year, and the games industry on the whole is poised to hit $143.5 billion by 2020. As publishers like Tamatem continue to prove the buying power of the Middle Eastern market, perhaps more indie developers will spring up and tackle the challenge of creating homegrown games.