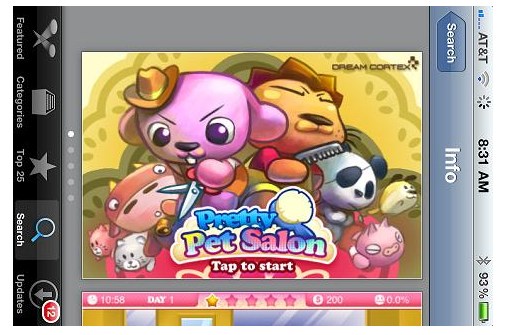 Tapjoy CEO Mihir Shah is upset at Apple, and he’s not afraid to let his anger show.

Shah took the stage at MobileBeat 2011 in San Francisco Wednesday to demonstrate how Apple’s restrictions on pay-per-action advertising are cutting into his company’s revenues as well as limiting the options available to consumers.

“By limiting the amount of choice our users have, we are doing them a significant disservice,” Shah said.

Tapjoy distributes mobile apps on Android and iOS devices, promoting them by offering people incentives to install apps. The San Francisco-based company raised $30 million in a funding round led by J.P. Morgan earlier in July.

Advertisements that result in consumer actions (like installing an app) result in revenue-sharing payments to the app in which those ads appeared. Apple banned this kind of “pay-to-install” app in March, and Shah said the ban had an immediate, negative impact on revenues as well as consumer engagement.

Shah showed data indicating that Tapjoy had delivered 25,534,165,117 user sessions from January 1 through June. These are session where people who have said they were willing to watch an ad served by Tapjoy in order to play a game or watch a video. Of those 25 billion sessions, Tapjoy saw 141,280,248 conversions, in which the user actually did something, like installing an app or clicking on an ad.

In addition, Shah said that 30 percent of consumers remain engaged with the app they chose after 30 days, which refutes the idea that people are simply installing apps in order to get the incentives.

“As you squeeze user choice, those users have less choice to engage in great content,” Shah said. “The good news is when you have a really open platform like Android, and you can give more high-quality choices, your transaction volumes go up.”

Asked if he was planning on sending this data to Apple, Shah said he would, but didn’t hold out hope for a quick reply.

“It’ll go into a black hole,” Shah said, noting that Tapjoy met with Apple in May without success. “It’s very concerning, actually.”

“It’s terrible what Apple has done. We will play nice within their rules, because we have to — but I disagree with them strongly.”