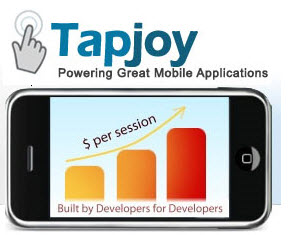 Mobile app distribution service Tapjoy said today that a number of its developers have found that Apple has rejected their apps because they were running incentivized app installations, where one app encourages users to download another app as a kind of advertising promotion.

Apple hasn’t commented yet. Mihir Shah, chief executive of Tapjoy in San Francisco, said that the company’s developers found out over the weekend that Apple was rejecting their new pay-per-install apps and updated apps because of Apple’s concerns about whether the apps violated one of the company’s app store rules. In a pay-per-install app, a user is encouraged through an incentive to install another app. The developer of the app that gets installed shares revenue with the original app that steered the user in the first place, so it is a kind of advertising program. And it has been a lucrative one at that.

But when Apple tweaked the way it calculates App Store rankings, it also changed its stance on pay-per-install apps, for a largely unexplained reason. Developers have been directed to section 3.10 of the Apple developer program license agreement, which says, “Developers who attempt to manipulate or cheat the user reviews or chart ranking in the App Store with fake or paid reviews, or any other inappropriate methods, will be removed from the iOS Developer Program.” It may be that Apple views the campaigns as unfairly gaming the system. Apple evidently doesn’t want its top App Store rankings to be manipulated.

The problem is that Tapjoy, Flurry, AdMob, W3i and Apple’s own iAds generate considerable revenue through pay-per-install campaigns. It isn’t clear why Apple would virtually shut down the businesses of those companies that have innovated on top of its platform. Shah said that he and other important developers have asked to sit down with Apple’s senior management and get clarity on the matter and figure out a “sustainable way to move forward.”

“The concerning part is the lack of information for the developers,” Shah said. “I’m hopeful this is about a misunderstanding of the model.”

Shah declined to say what would happen if Apple refused to make any further changes or rescind the policy change. Somehow, Apple seems concerned that advertising apps in this way — the pay-per-install campaign — is wrong. But this is the single-largest advertising category on the iPhone platform. One report said that 25 percent of all ad requests were app downloads in September, 2010. Now it is more like 50 percent of all mobile ads, Shah said. And the pay-per-install model isn’t really different from coupon programs.

“It’s a very big ecosystem,” Shah said, and many developers are using it. “The single biggest ad revenue comes from someone saying, ‘Try my app.'”

If Apple doesn’t have a great explanation for this and its motivation is simply to grab the revenue of pay-per-install companies for itself, it will likely have another antitrust problem on its hands. One big problem for Apple is that it does not get a cut of these incentivized app install campaigns. Shah declined to comment on that.

As you may have heard, a number of applications submitted for update have very recently been rejected from the Apple App Store based on the fact that they were running incentivized app installs within their apps. This is something new from Apple and we, along with every partner we’ve talked to, were unaware of this prior to these notices of rejection. Like many application developers, we have reached out directly to Apple and look forward to clarification.

To be clear, there is no new Apple policy that we are aware of. It seems there may be a new interpretation of the existing 3.10 clause, which is a bit surprising, as Tapjoy, AdMob, iAd, Flurry, W3i and others all power various forms of app install advertising. Many of the brands that promote their apps via Tapjoy also do the same on other major ad networks across the mobile advertiser ecosystem, and all of the apps we promote on iOS are Apple-approved. 3.10 reads:

3.10: Developers who attempt to manipulate or cheat the user reviews or chart ranking in the App Store with fake or paid reviews, or any other inappropriate methods will be removed from the iOS Developer Program

Unfortunately, we believe much of this is caused by misconceptions around pay-per-install, the free-to-play model, cross-app promotion and their collective value to the ecosystem. We believe there are significant benefits to the advertiser (only pay for what you get), the publisher (monetize users who otherwise wouldn’t pay), and perhaps most importantly to the users, who not only get to discover new, exciting applications, but receive what is essentially a coupon for ad-funded virtual currency inside one of their favorite apps. All of this, of course, adds up to value for Apple as well, by creating a viable and thriving ecosystem.

Tapjoy has been and continues to be very supportive of the Apple app ecosystem, and we were not surprised about the Top Free & Paid rankings algorithm changes – we’re all for incremental changes that add to the user experience and keep the environment dynamic. But banning the largest and most effective channel for app installs has a significant and long-term negative impact on the user experience, developer innovation and advertiser utility.

As the market leader in application distribution and monetization of free-to-play games, Tapjoy is currently coordinating with a number of our developer partners, as well as others in the market, to get a clear understanding of the issues and to continue to partner with Apple to meet their needs, along with those of app advertisers, developers and users.