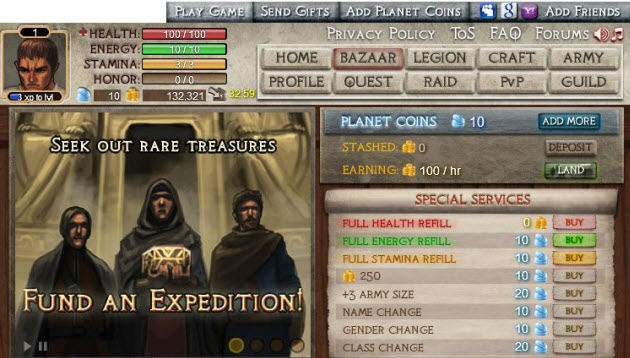 Mobile and social developers will have a new route to get their games and apps published through a new program being launched today by Tapjoy.

The goal is to create an alternative distribution model that preserves the creativity and independence of small developers but allows them access to vast markets at the same time.

Tapjoy has an existing platform that developers use to make money from games or apps. With a variety of monetization options,  Tapjoy can do things like insert ads into apps that earn cash for developers when a user downloads an advertised app. That is called a pay-per-install business model.

That has allowed Tapjoy to launch its own self-publishing platform now, called Tapjoy Publishing. Tapjoy will let developers publish their own games through Tapjoy’s infrastructure, allowing them to distribute their games to the Android Market, the Apple App Store and Facebook.

Mihir Shah, chief executive of San Francisco-based Tapjoy, said that the self-publishing program will help smaller developers better compete against big rivals in the app space such as Electronic Arts, Disney-Tapulous-Playdom or DeNA-Ngmoco. Tapjoy’s goal is to democratize the distribution of apps by giving them the same advantages that the big companies have.

As part of the program, Tapjoy offers its know-how on getting apps noticed and publicized. It will also fund the cost of converting a game to Tapjoy’s program, in effect financing the cost of finishing a game. (OpenFeint, gWallet, Playfish, and Scoreloop are all doing similar things). If this sounds a little like the practice of vendor financing, which has a very mixed record, that’s not so far from the truth. Once the game or app launches and it generates revenues, then Tapjoy gets paid back for its financing. In the meantime, in exchange for the financing and publishing help, the developer uses Tapjoy’s monetization platform exclusively.

Tapjoy gets paid back by getting its monetization fee. For developers, this kind of financing could be attractive because they don’t have to give up any equity in exchange for publishing and publicizing the app. And by working with Tapjoy, a game or app can get enough distribution to become a decent hit, and the developer winds up owning the whole game.

Tapjoy has been testing the idea for a while and has done one deal with 5th Planet Games and its Dawn of the Dragons game on Facebook. Robert Winkler, founder of 5th Planet Games, said Tapjoy drove a 40 percent increase in his game’s monthly active users in a month, giving the game maker its best revenue month ever. Shah thinks that tens of thousands of developers could eventually use a self-publishing program like this.

Tapjoy selects a promising partner for game publishing and gives the company “marketing credits” for new user acquisition through Tapjoy’s network of more than 200 million mobile consumers and 100 million social gamers (the latter mostly on Facebook). The game or app is promoted to that network and it is more likely to see high download numbers because it gets exposed to so many users. Tapjoy’s ad targeting technology creates personalized app recommendations for individual users, so the apps are promoted to the users who are most likely to buy them.

“We’re in the unique position of being able to turn great but undiscovered apps into major hits by leveraging our mobile social distribution platform,” said Shah.”And we encourage developers to stay independent. We become a real alternative.”