Breaking away from legacy distribution models that focus on pulling potential players towards them through marketing, video games are starting to push directly to where global audiences are. In doing so, they make their games available to vast numbers of users through nothing more than a couple of quick taps, dramatically increasing their potential playerbases and creating additional revenue streams.

This is the rise of the instant gaming model. It’s not entirely new — loads of us will remember sneakily playing browser-based games on the high school computers. Helicopter, one of my personal faves, has to be the most-cloned game on the internet (and quite possibly the inspiration for Flappy Bird). But, more recently, major social media platforms have taken significant steps into instant gaming, adding immense value for their users and creating an unprecedented opportunity for game developers. 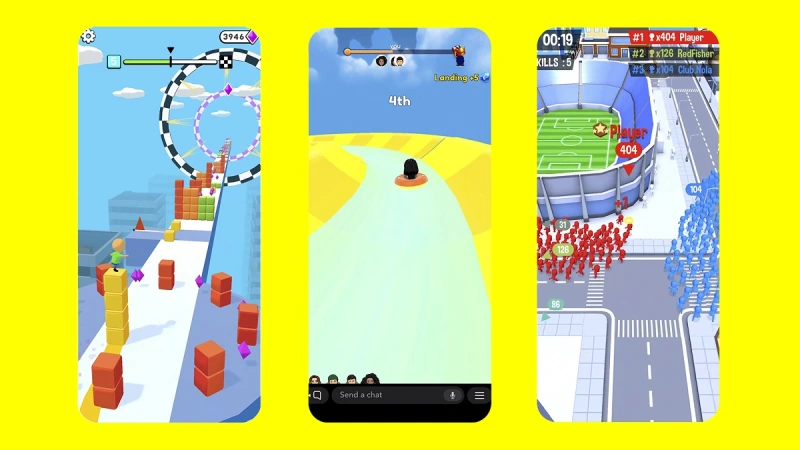 Above: Games can also be social networks.

The greatest threat to the likes of Facebook (Meta), Snap, and even Netflix isn’t each other. It’s platforms such as Roblox and Fortnite which are increasingly recognized as social networks as well as gaming platforms. To fend off this threat, ‘traditional’ social media platforms are leveraging their gargantuan audiences to create serious instant gaming offerings that add value to and increase the stickiness of their platform. Yep, it’s all about user retention.

Leaving aside Facebook’s mind-boggling 2.91 billion monthly active users for the moment, other platforms like Snap are creating meaningful instant gaming offers. Snap boasts 500 million monthly active users, but you may not know that around 30 million of those play Snap Games each month. Even with “only” 16-17% of its users playing games, this makes Snap one of the biggest gaming platforms in the world. Another major social platform, Chinese player WeChat, has Mini Games with tens of millions of users each. For context, the PS5, the fastest-selling games console of all time, has shifted 13.4 million units. Most recently, the biggest success story of 2021, TikTok, has announced that it is getting into gaming through an exclusive title created by Zynga.

For game developers and publishers, particularly those well-versed in making HTML5 games (the 13-year-old development language now having its time in the sun because of its power to create cross-platform games), the opportunities are crystal clear.

However, there’s no magic bullet.

Snap Games are curated, meaning developers need to be working directly with Snap or experienced partners to get their games on the platform. And, despite 350 million people playing games on Facebook, user acquisition and retention aren’t easy. This means social instant gaming is, right now, an additional revenue stream for games with an existing presence rather than a big money spinner for indie developers. But with such vast audiences, in-built social features and ready-made friends lists, who’d bet against social instant gaming platforms becoming a dominant method of gaming? 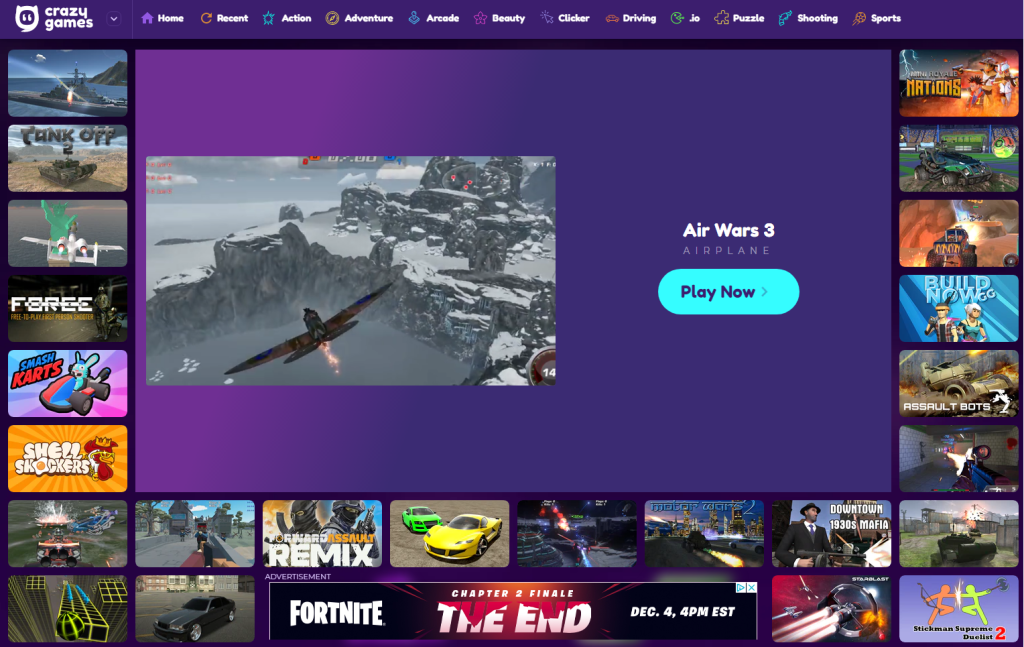 The OG of instant, Flash-based gaming, the humble browser gaming platform has been reinvigorated in the HTML5 era. Take the long-standing Miniclip. Founded in 2001, it sold a majority stake to Tencent in 2015 and now has more than 50 million daily active users playing hit games like 8 Ball Pool and Head Ball 2.

Miniclip is far from the only one; there are many more with various specialties. Poki (30 million MAUs) focuses on well-known IP such as SYBO’s Subway Surfers or Hipster Whale’s Crossy Road, while Crazy Games (11 million MAUs) is an incredibly developer-friendly platform which encourages cross-platform promotion, allowing developers to easily upload browser exports of Unity and Unreal games.

The resurgence of browser gaming is partly powered by improvements in browser and particularly mobile browser technology. Mobile browsers now support much of the same technology as desktop, enabling high-quality gameplay experiences on mobile devices and frictionless crossplay browser gaming experiences. Video games companies like GoodGame Studios have even demonstrated that it’s possible to build a hugely successful business while bypassing traditional games marketplaces altogether; flourishing as a browser-only studio before expanding into mobile and other areas.

More commonly, browser-based instant gaming platforms are one of many routes to market, offering ready-made access to large audiences via relatively simple technology. The fact that browser-based platforms don’t typically require exclusivity and allow for cross-platform promotion of games means that they can provide a huge, cost-effective boost to user acquisition across multiple platforms and regions. They can also be a valuable additional revenue stream, although monetization is more challenging than in the app stores due to lower ad performance and lack of seamless payment options for in-game purchases.

Instant gaming in the cloud

​No piece on instant gaming would be complete without a nod to cloud gaming (where remote servers shoulder the majority of the burden of running the game). Becoming the ‘Netflix of Games’ has become a goal applied to many nascent cloud gaming platforms (although confusingly not Netflix, which despite being a video streaming platform currently offers games for download). Xbox Game Pass Ultimate is the de facto market leader, with platforms such as Google Stadia rowing back from loftier goals to focus on providing infrastructure for other gaming companies. For developers, there certainly are instant gaming opportunities in the cloud. Retro gaming platform Antstream, for example, gives a new lease of life to much-loved retro titles like the ZX Spectrum platformer curio Manic Miner. Cloud gaming also potentially opens up games to players in developing countries who don’t have access to specialist hardware, and introduces a relatively untapped monetization model to gaming in the form of subscriptions, which are of course ubiquitous in music and video streaming. Ubisoft, creator of Assassin’s Creed, has recently launched its own proprietary cloud platform, Ubisoft+, allowing subscribers to access the latest PC titles with the added boost of cloud tech for their hardware. Facebook, too, has rolled out its mobile cloud gaming service across the US and is well-placed to offer the scale of user base that cloud gaming requires to be economically viable.

Games such as Roblox and Minecraft as well as gamified blockchain gaming platforms like Somnium Space and Axie Infinity are entry points to the formative metaverse. Currently, each of these requires an initial download or install to access. It’s early days, and I can see this changing in two ways in the near future.

Firstly, metaverse instant gaming will become a reality through games such as Worlds FRVR, a Minecraft-style VR title on Facebook Instant Gaming which requires no download or install. Secondly, the above games and experiences will come to be recognized as standalone platforms in themselves. The way players easily transition between experiences with no additional downloads is, in effect, instant gaming. With over 220 million monthly active users, it’s only a small shift in perception that stands between Robox as a ‘game’ and Roblox as an ‘instant gaming platform’.

As the popularity of user generated content, blockchain gaming, and play-to-earn increase, the friction currently present on these platforms will rapidly decrease to make them seamless entry points to metaverse instant gaming.

Technology has enabled almost frictionless access to music and video content in a way that isn’t yet a reality for gamers. But, increasingly, top-tier gaming content is something that they can find on the platforms they are already spending time on or via a couple of mouse clicks in a browser. Whether the greatest market share is eventually achieved by social platforms like Snap, off-blockchain social-gaming metaverses like Roblox or blockchain gaming platforms such as Axie Infinity remains to be seen, but the opportunities of instantaneous content flows among vast, engaged audiences are potentially game-changing for publishers.