Sega is slowly taking the wraps off Team Sonic Racing, a mascot kart-racing game. It revealed the game last week, and today it is unleashing the first hands-on previews. I was able to play the single-player version of the game in a brief demo recently. That was the tiniest piece of the game, but it gave me an idea of how it will distinguish itself from the pack. 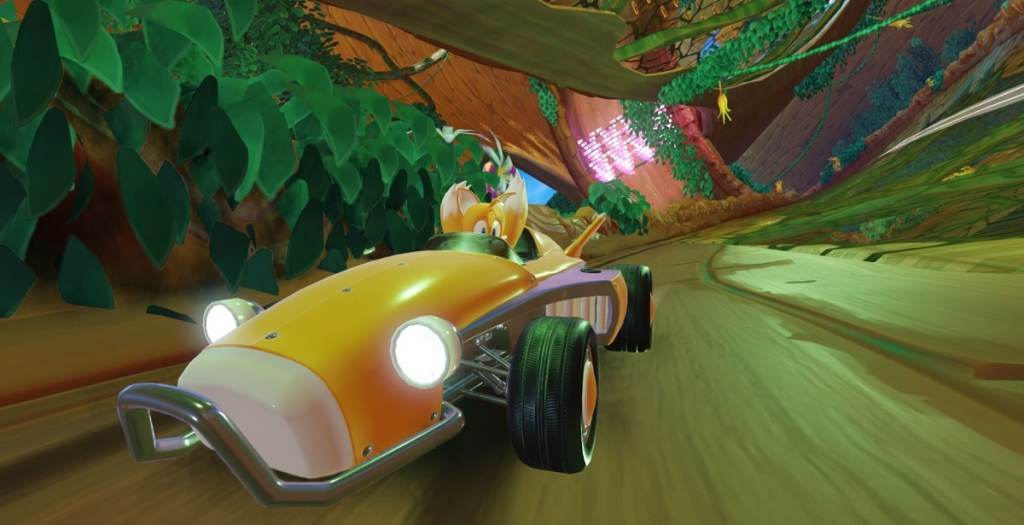 The title from developer Sumo Digital will come out during winter 2018, and Sega is showing the title at the upcoming Electronic Entertainment Expo (E3). Fans can pre-order the game for $40 now for PlayStation 4, Xbox One, Nintendo Switch, and PC.

Sonic Team Racing will support 12-player races both online and offline, as well as four-player split-screen play. You can play solo, team up with friends, or face-off against each other.

Players will have unique vehicle customization options, such as altering the appearance and handling of your vehicle. The Wisps (from Sonic colors) are 14 offensive and defensive items to help overcome rival teams and get ahead. You can choose from 15 playable characters and three distinct character types including Speed, Technique, and Power.

Team Sonic Racing will have a wide variety of circuits from the Sonic universe. You can play as Sonic, Shadow, Tails, and more. The multiplayer modes include Grand Prix, Exhibition, Time Trial, Team Adventure, and more. The Team Adventure mode is aimed at newer players who don’t know all of the characters.

You can use boost items to benefit other players on your team, and you can request a Wisp from your teammates. That helps someone who is in the back of the pack to move forward. If you accumulate enough points on your meter, you can unleash your Team Ultimate power, which boosts other members of your team. The idea is that you’ll play as a team and win as a team. The team with the highest score wins. 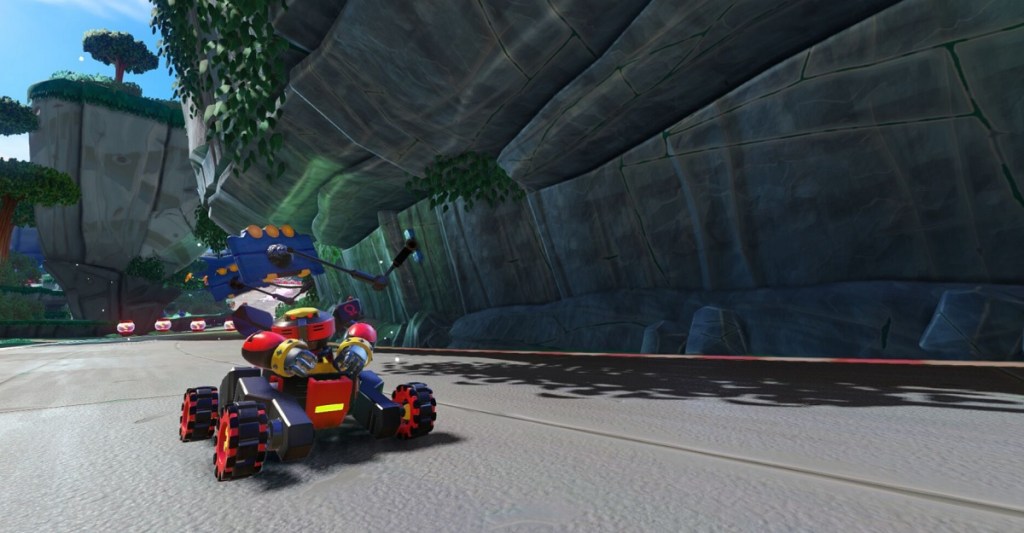 Above: Team Sonic Racing has up to 12 players.

I played in a match with Sonic the Shadow in the Speed class on a Circuit track on the Planet Wisp. The first race was a tutorial, and it taught features such as skin boosts, slingshot, and item transfer. The second race let me drive on my own. I won both races, so I’m sure it was set on an easy difficulty level. The controls were intuitive, and I felt my training from Mario Kart games take over as I sped around the track.

It wasn’t anything special yet, based on what I saw. But I’ll admit I’ve seen very little of the game so far.