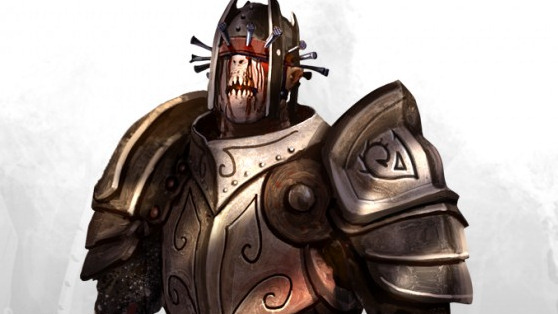 Project Hell, a dark fantasy hack-n-slash coming from a small team at Techland, is going to be brutal. So much so that you won’t spot a unicorn anywhere near it.

According to Kruczkiewicz, the story goes deeper than that. “It wasn’t a single, closed game addition,” he told GamesBeat, “but rather an evolving process in which we were experimenting with various attack parameters and generally asking ourselves, ‘What would happen if we changed this value…?’ Shooting fireballs from Purna’s gun and slashing zombies with damage-boosted swords exceeded our expectations in terms of fun and dynamics, but it also started to clash with the realistic setting and environment of Banoi Island. It was a point at which we had to decide if we wanted to take a dive and expand this concept or leave it behind as an internal curiosity. Fortunately, the idea was good enough to get us a greenlight for assembling a small team. That’s how Project Hell was born.” 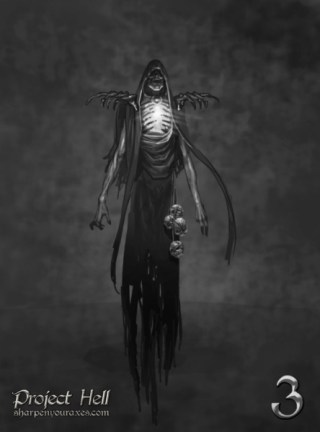 So far the team has revealed two levels that they’re working on: a swamp and a prison. Dark magic has a large presence in the game world, embodied in enemies like the Necromancer, who can revive fallen creatures and cast powerful buffs. The team has invited fans to vote on their favorite of artist Konrad Czernik’s four designs on the game’s Facebook page.

“The general idea behind Project Hell and Sharpen Your Axes is to communicate with fans openly and listen to their feedback whenever we can,” says Kruczkiewicz. “To do that, we decided to start our dev blog at an early development stage, when changes can still be made because a significant part of the game content is still a work in progress. That’s why we don’t want to uncover all of our secrets now. Our plan is to introduce the game elements to the players using the blog, which allows us to draw best from their suggestions.”

The team has already introduced readers to “Mr. Nice Guy,” asking if a “huge, heavy ax” would look right on his character.

“‘Mr. Nice Guy’ represents the heavy tank class,” says Kruczkiewicz. “Wielding some heavy weapon — an idea confirmed by the community — he will strike deadly blows. We also have some ideas on how to spice up those devastating attacks, but it’s too early to be sure if they’re good enough. What’s interesting is this guy can’t see his minions, so the player will be able to take advantage of his blindness. We want the players to be able to arrange the fight in a way that will make him smash his companions.”

On the blog, Kruczkiewicz mentioned that the team wants to “travel back to the times when enemies were really hideous and repulsive, the fights were brutal and bloody, and the gameplay was challenging and rich with secrets waiting to be uncovered” — and most importantly, create a game that everyone can enjoy playing.

“From the beginning of Project Hell’s development, we we’re absolutely sure about two concepts: the dark fantasy setting and the brutal, dynamic first-person perspective combat,” he says. “Generally, making a game is a long-term process, during which it’s easy to lose sight of your early inspirations and focus on following the constantly changing trends. To avoid such risk, we’re sticking with our clear vision of mature, dark fantasy mood and putting huge emphasis on our inspirations. We’re determined to release the game that matches our clear vision.”

Kruczkiewicz says they’re currently focusing on the PC version, but Chrome Engine 5 will allow them to develop for consoles, too. “It all depends on the reception of the game by potential publishers, journalists, and last but not least, gamers,” he says.

But no matter what, it will have absolutely no unicorns.

“During our discussions about the dark setting, we made fun of unicorns as the archetype character from colorful, cheering, and flashy fantasy we want to avoid,” he says. “Sometimes, when one of us does something that doesn’t fit into the game’s dark mood — which is unavoidable — we say that it only lacks a unicorn in there.” 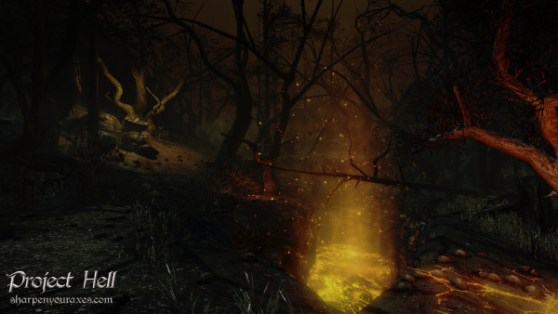