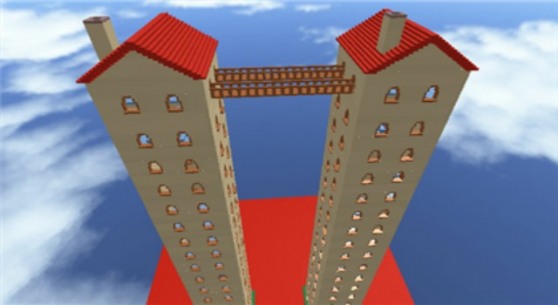 On Saturday, hundreds of Roblox denizens gathered for the company’s conference and hackathon at the Santa Clara Convention Center in Silicon Valley. The Roblox community is one of the strongest examples that self-made games could follow music and videos in becoming a mass cultural phenomenon, like YouTube. San Mateo, Calif.-based Roblox debuted five years ago and now commands 21 million game hours and a billion page views a month. Last year, players built 5.4 million games inside the Roblox world.

Roblox chief executive David Baszucki told the San Jose Mercury News that you “learn by doing.” One of the most popular teen developers in the community, 19-year-old Luke Weber, nicknamed Stickmasterluke, designed games that have been played more than 10 million times in Roblox. He now works three days a week for Roblox. A popular game is The Laser Tag Arena, which was favorited more than 100,400 times on Roblox.

The Roblox environment is proving so popular that Brandon La Rouche, author of a book on Basic Roblox Lau Programming,  has sold out of his book.

Roblox raised $4 million in a round last year.