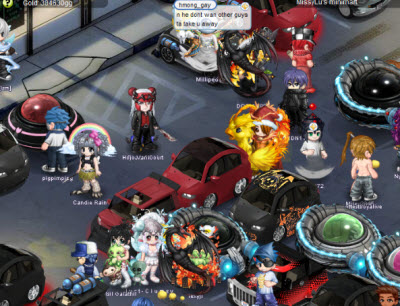 Gaia Online, which has created a virtual world for millions of teens and young adults,  has laid off 15 to 20 of its employees in the past few days, VentureBeat has learned.

It doesn’t bode well for the virtual world category, which has had a number of high-profile failures this year.

While it isn’t a large number of layoffs, it’s a sizable percentage of the company’s employee base, which was at 110 employees in June when we interviewed then-CEO Craig Sherman. In August, Mike Sego replaced Sherman, who remains on the board of the company.

[Update] In a statement, chief operating officer Elaine Kitagawa said, “As with any company in a fast, emerging area, Gaia continually evaluates its business to find additional ways to create and meet market demands. In light of this, Gaia has indeed restructured its staffing this week, which resulted in open positions in some areas and reduction in others. Gaia believes this move will better enable it to pursue growth in the social gaming and virtual world communities arena. ” [end update]

In June, Sherman said the company had 9 million unique visitors and han seen steady results in hanging onto its users, even in the face of the enormous popularity of social games on Facebook. Gaia targets 13- to 25-year-old youths with a casual, two-dimensional anime-cartoon-like virtual world.

The world is akin to a fantasy world, offering a richer experience than a typical Facebook game. The average revenue per paying user is about $30 per month. Rivals include IMVU and Habbo.

Gaia’s traffic has declined a little, but not dramatically, according to Compete.com. The company makes about 60 percent of its money from the sale of virtual goods and another 40 percent from ads. Some of those ads are pretty creative; when the film Alice in Wonderland debuted, Gaia put rabbit holes in the world for users to jump into. But since the recession hit in 2008, ads haven’t been a stellar business.

Gaia was founded in 2003. That was eons ago in teen time. Now teens are flocking to social networks such as Facebook, where they can play games and communicate with a larger body of people.

Virtual worlds such as There.com, Vivaty, Metaplace (bought by Playdom) and others have all shut down this year. Second Life appeared to be bucking the trend, but it has seen layoffs and a change in top management. If there is a blessing in the downturn for virtual worlds, it’s that there is less competition than there used to be.

Gaia had hoped to drive more engagement with its own massively multiplayer online game, zOMG!, embedded within the Gaia Online world. That ad-based game is a full-featured game with quests and missions and has helped with monetization and retention, but it didn’t really pull in lots of new users for Gaia, Sherman said.