Editor’s note: Omri wraps up his review of gaming’s most charming failures and pests. And he reminded me of one thing: that damn dog from Duck Hunt. Really though! How are you going to mock me for missing a shot with the NES’s cruddy Zapper peripheral! Stupid mutt…. -James

Everyone loves a hero — and great villains, too. But what about the ones that don’t quite make the cut?

In the second half of my list, I showcase even more wannabes, sidekicks, and a villain or two that possess that certain kind of annoying quirk or flaw that leave a mark within our memories. Make sure to check out part one.

On to the round up! 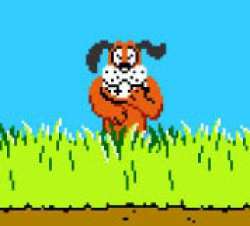 Nothing like an escape into the rustic wilderness to hunt some waterfowl, right? Wrong.

Who knew that one of gaming’s biggest douchebags would turn out to be a bloodhound?

The anonymous dog that mindfully keeps track of your successes and failures during rounds of Duck Hunt has soared in to the realm of popular folklore — his iconic laughter after missing a duck is the stuff of legend. To be fair, the pernicious pooch does congratulate you after nabbing a kill. I mean come on, it was hard to nail those ducks with a semi-responsive gun that only shot three bullets. Thankfully, those gamers who harbored a grudge for their erstwhile companion can exact their revenge in Vs. Duck Hunt, the arcade version of the game. Not only does the crazy canine continue to laugh like some demented Furby when you fail, he has the audacity to try and block your shots during the bonus round at the end of the game. When hit, the dog screams at the player to “shoot the ducks, not me!” Hmmm…I wonder if Dick Cheney’s friend felt the same way. #7) Miles “Tails” Prower — Sonic the Hedgehog series 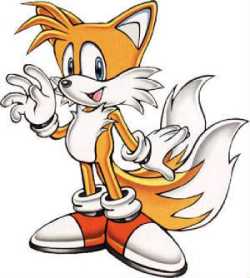 Yes, yes, I know that including Tails on this list is about as predictable as the behavior of the one-dimensional characters in Avatar. Be that as it may, the unmitigated asininity of this ambitious sidekick is second to none in the annals of video game lore. I can’t seem to derive any sort of sense from Tails’ actions, nor any modicum of sanity in his chipper disposition. His high-pitched, nearly manic voice gives sway to the apparent obliviousness of his peripheral awareness: Frequently resulting in an embarrassing death, no enemy, spike trap, or dust-mote escapes his impact vector as he merrily putters alongside Sonic. When he isn’t masquerading as gratuitous punching bag, Tails can actually be surprisingly useful in the hands of a capable player. Late-night Sonic sessions with my friends forged some of my fondest co-op gaming memories. #8) Baby Mario — Super Mario World 2: Yoshi’s Island 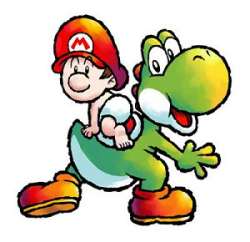 Nintendo’s Super Mario World 2: Yoshi’s Island reaps the honor of being one of the underrated Mario games of all time, and abiding with the inclusion of conspicuous characters like Tails, I have to mention Baby Mario. The game forced players to safeguard a perpetually bawling baby that undermines and otherwise pleasant game. Don’t get me wrong: Protecting a baby is probably one of the noblest acts of heroism that’s been afforded to our addled nerd-brains. But when you are tasked with transporting that baby through the generally hellish terrain of an island overrun by enemies, well…things can get quite tense.

When an enemy hits him and Yoshi, the little tyke pops off of the dino’s and begins generating the longest ten seconds that any mortal can endure. He wails like a pint-sized banshee as the player frantically scrambles to recover the ear-splitting, floating siren of error. I can only marvel at the ample amount of composure that the dinosaurs display while guarding this hairless mammalian humanoid with his comically oversized hat. Oh, the joys of parenting! #9) Prince Arthas Menethil — Warcraft series 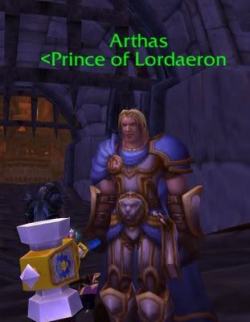 There’s a reason the phrase “for the greater good” has been stigmatized as an oppressive concept — namely, the copious amounts of oppression it requires.

The comely Prince Arthas from Blizzard’s Warcraft games only wanted to safeguard his people from the virulent plague that was rampaging throughout the kingdom of Lordaeron.

Thankfully, Arthas has an uncanny knack for conceiving brilliant — albeit morally bankrupt — solutions to his problems…like slaughtering the entire population of a city just to prove a point. You’d think a seasoned warrior and nobleman, raised to rule in a just and fair manner, would come to realize the rashness of his actions. Not so for Arthas. He probably high-fived himself for sacrificing everything and saving his people after decimating the city. Fortunately, Arthas’s actions drive him in to a spiral of corruption that results in his ascencsion to the Frozen Throne and his transformation in to one of the coolest villains (no pun intended) to ever grace a video game. As the Lich King, Arthas serves as the main antagonist for the latest World of Warcraft expansion, and he resides in the spikiest citadel of doom this side of Mordor. #10) Teyrn Loghain – Dragon Age: Origins 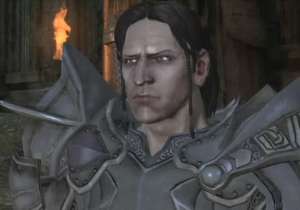 It’s probably safe to say that the award for Most Boneheaded Villainy would probably go to this guy. But at least he isn’t some sophomoric paladin that likes hammers and destroying cities. To be frank, Teyrn Loghain is a colossal asshole, and he lets you know that the minute you first meet him. When not perpetually scowling at everything around him, Loghain gets his jollies by yelling at Cailan, who just so happens to be the king. In an empire as massive as the one in Dragon Age, discontent among its rulers is inevitable — but that should only lead to some healthy politicking. In the land of Ferelden, however, that discontent results in a stabbin’. Loghain gets so fed with the king’s ability to be more golden-colored than thought possible that he up and leaves during a pivotal battle with the ruthless Darkspawn. But does he slink away in to hiding and plot his next move as a typical villain would? Nope. He goes for a twofer by proclaiming himself Regent of the kingdom until a noble hero usurps the yadda yadda yadda….you know, the typical story. Cliché-riddled as his intentions may be, Teryn Loghain orchestrates some pretty impressive events, and he can eventually be set on to the path of redemption if you make the right choices. Hell, he can even join your party — if his shenanigans haven’t already made you completely tired by that point.