PUBG Mobile is a huge gaming property with more than $6 billion in lifetime player spending. And while much of that success has been in Asia, Tencent continues to invest in making the mobile game more popular in North America and Western markets.

One of the ways it is doing that is by investing heavily in PUBG Mobile esports. And the PUBG Mobile Pro League North America 2021 event got underway this weekend. The finals of Season 2 for the Americas event has 20 teams competing for the championship, which has a $6 million prize pool this year, compared to last year’s $2 million pool.

While Tencent is happy with the traffic in the western markets, the audience is less than 10% of the total audience in Asia, said James Yang, the global head of PUBG Mobile esports at Tencent, said in an interview with GamesBeat.

But the Western markets are growing and becoming a greater percentage of the audience. This year, it’s more like 15% of the audience. Part of the hope is that other mobile games will catch on as well and get more players in the west excited about mobile esports.

“We think that mobile esports markets will be much bigger in the west soon,” he said. 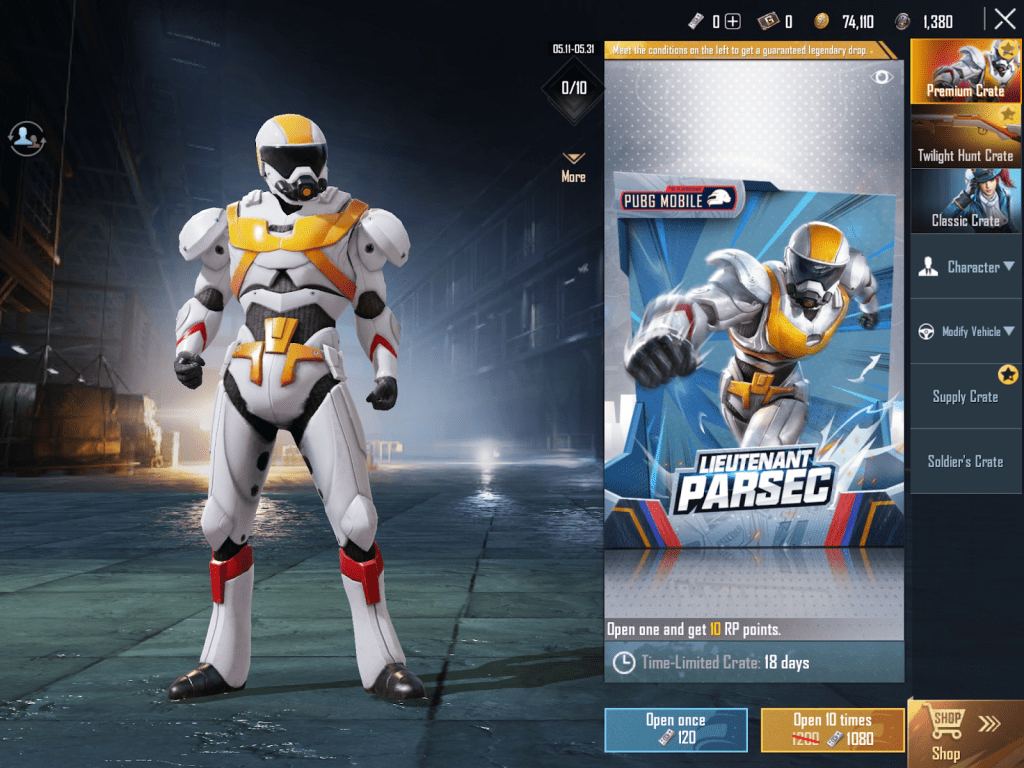 Above: An example of how PUBG Mobile monetizes.

In this weekend’s competitions, five of the 20 teams will split the $150,000 prize pool and move on to the PMPL Americas Championship, where they will compete against teams from across Latin America for spots in the PUBG Mobile Global Championship (PMGC) 2021 and a share of the $6 million prize pool. Worldwide, the total prize pool is $15 million, Yang said.

Sponsored by OnePlus, the event features players fighting it out in the battle royale game on Android smartphones. The event is being carried on the official PUBG Mobile Esports social channels on YouTube, Facebook, Twitch.

PUBG Mobile is licensed from Krafton, owner of the PlayerUnknown’s Battlegrounds brand and creator of the PC and console version of the game. PUBG Mobile was built by Tencent’s game studio, LightSpeed & Quantum Studio. It debuted in 2017 and has been downloaded in the hundreds of millions. India barred the game in a dispute with China, but Krafton has launched Battlegrounds Mobile India has launched in that market.

Yang said that the ultimate finals will have winners in both an Eastern League and a Western League, mainly due to the restrictions imposed because of COVID-19. The game is best played in front of a big audience on a LAN network. But venues don’t have crowds this year, and players aren’t making the international trips to locations to play in person now. So it makes sense to divide the groups into regional competitions where internet connectivity isn’t likely to affect the outcome.

“We concluded we couldn’t hold a LAN event, and so we won’t put the teams all in the same tournament,” Yang said.

It’s not exactly clear if the ultimate finals in the months ahead will take place in person, but the online events are proceeding.

“This year we prepared a very impressive event,” Yang said.

In the game, up to 100 players parachute onto a remote island to battle in a winner-takes-all showdown. Players must locate and scavenge their own weapons, vehicles, and supplies, and defeat every player in a visually and tactically rich battleground that forces players into a shrinking play zone. With the esports version, 16 teams play with a total of 64 players.

“We tested that quite a lot, and we found with too many players it is too hard to follow,” Yang. “It’s fun to play with a lot of players, but it is not easy to watch.”

The PUBG Mobile players could theoretically play with game controllers attached to phones, but the tournament rules mean that players have to play with their fingers on touchscreens. Players also have to use smartphones and not tablets. That’s all in the name of keeping the play fair.

Yang said it was difficult at the beginning to make the gameplay easy to watch for esports fans. Players set up their own cameras to follow their favorite players. Events often show footage from many different cameras to give fans an idea of the action at any given moment. Show directors decided which screens to show to the audience. Announcers tell people what’s at stake for each team as they progress or get eliminated.

“We make the storyline easier to follow with community posts to let the audience follow it easier,” Yang said.

More than 300 pro teams with around 700 or 800 players compete worldwide. Each team has four or five players.

Last year, PUBG Mobile was the most-watched mobile game of the year. Viewership rose 10 times from 2018 to 2019, and it grew up to five times more in viewership from 2019 to 2020, Yang said. That growth has come as the game grows in different regions. About 80% of the audience watches on smartphones.

“We continue to make this viewership bigger because more and more is at stake,” Yang said.

“In the Western markets in Europe and North America, mobile esports is less familiar than it is in Southeast Asia or Asia,” Yang said. “Mobile esports dominates in the Eastern markets. In some countries in Asia, mobile penetration is even higher, with people having two or three phones. The connection speeds are better too.”