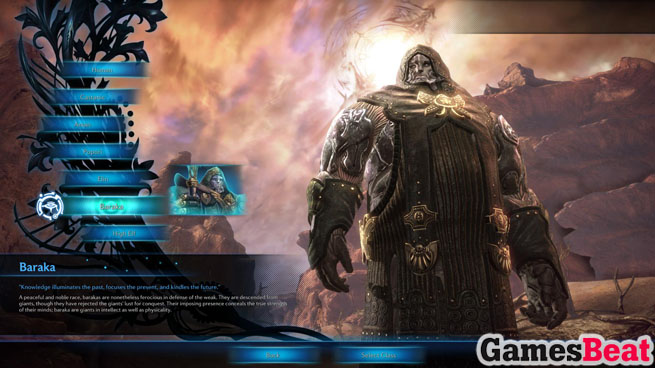 “Knowledge illuminates the past, focuses the present, and kindles the future.”

A peaceful and noble race, barakas are nonetheless ferocious in defense of the weak. They are descended from giants, though they have rejected the giants’ lust for conquest. Their imposing presence conceals the true strength of their minds; baraka are giants in intellect as well as physicality.