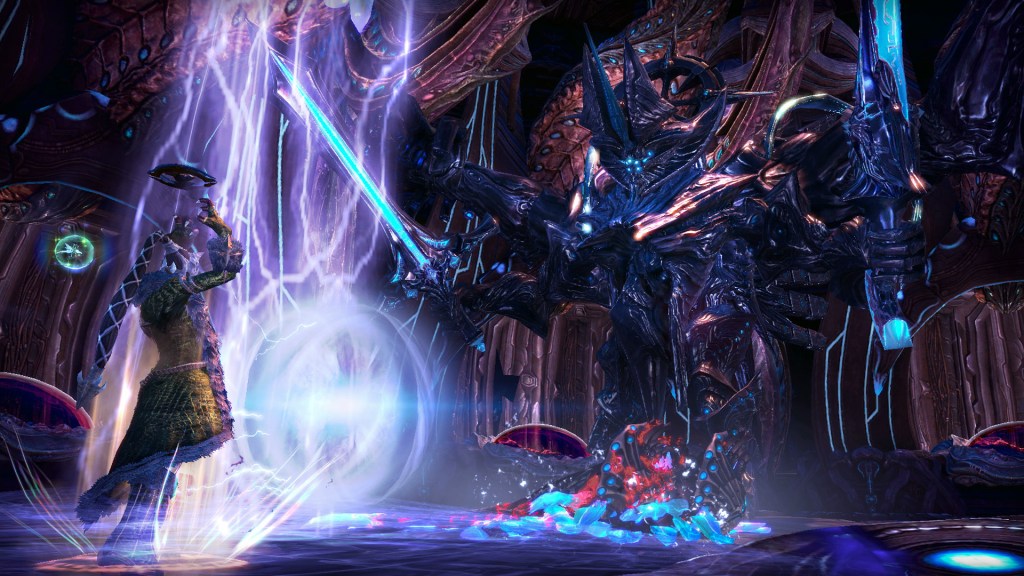 The business model has changed for massively multiplayer online games. Some of the biggest players in the field can’t maintain a mandatory subscription model. This is forcing publishers and developers to play around with the best way to take a game from a strict monthly fee to free-to-play.

Publisher En Masse Entertainment found success with its MMO role-playing game Tera, which it switched to free-to-play in February. The fantasy title’s total users jumped to 1.4 million, with regions like Australia and Russia contributing the most new players internationally, though North America is still contributing the majority of new players.

The free-to-play model has driven Tera’s revenues up three-fold compared to its subscription era, but the game also saw an increase in subscribers.

“[Tera has] significantly higher subscribers on the Elite tier than when it had a mandatory subscription,” En Masse Entertainment chief executive officer Chris Lee told GamesBeat. “The thing that helped is that we tried to nurture the existing community. We really thought about them and how we could prevent alienating them. The last thing we wanted to do was transition and have all these new players get everything for free and make it so existing players feel like they didn’t get anything out of it.”

That nurturing included a set of founder’s benefits that anyone who purchased Tera prior to the free-to-play move is entitled to. New players have to pay for things like extra character slots, but these “founders” get access to that for free.

“The vast majority of those players stuck through the transition and continue to play,” said Lee.

At the same time, En Masse thought long and hard about making sure the new business model — even with its elite subscriber tier — is fair to the new free-to-play users.

“We just had to make sure that the free players aren’t gated and that there’s not content that they can’t access,” said Lee. “We didn’t want to treat the subscribers as a different class of gamer — they’re just buying into different benefits.”

Outside of rise in subscriptions, the publisher is now generating revenue from in-game purchases.

“All players have really taken to our microtransaction offerings,” said Lee. “Consumable items, things like experience boosters and reputation boosters, that characters can consume and benefit — that category is our top seller.”

Cosmetic items and mounts also generate a lot of revenue for the game.

To celebrate this success, En Masse is also announcing Dracoloths Rising, a five-day in-game event for players to hunt monsters and find special drops and prizes. From today through Sunday, giant dracoloth monsters will spawn all over the world of Tera. It may require the effort of several players, but teams that manage to take down one of these behemoths could earn some rare gear and other items.