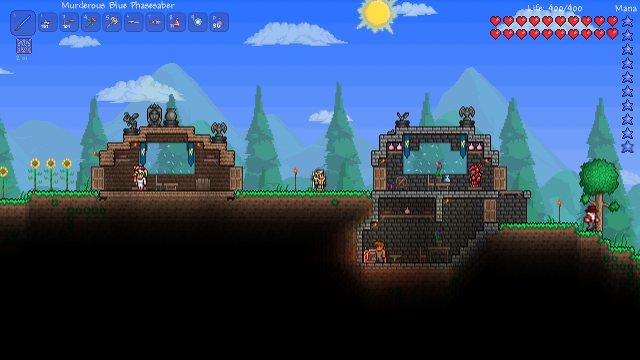 The 2D side-scrolling role-playing game Terraria finally has a date for consoles. Publisher 505 Games revealed today that the indie hit will debut for the PlayStation 3 on March 26 and the Xbox 360 on March 27.

Terraria puts players in a world where they can dig out the ground, explore caverns, and build structures in a realm built from 16-bit-era graphics. The original developer, Re-Logic, released it in 2011 for the PC.

For the console release, 505 Games added new content and multiplayer modes. While gamers can hop online with friends, just like in the PC release, the title now has a local co-op optimized for couch play. Terraria players will also get to face off against enhanced bosses.

Re-Logic ceased updates on Terraria in February 2012, so this console release is potentially the definitive version.