LAS VEGAS — Tetris is quite possibly the world’s most popular game, but that wasn’t a foregone conclusion. If it weren’t for the chutzpah and friendship of two pioneers, Tetris might have never been commercialized.

Alexey Pajitnov created the simple block-matching puzzle game in 1984. Henk Rogers, a businessman who owned a Japanese game publisher, found the game, tracked down Pajitnov in the then-Soviet Union, and licensed the rights. Rogers then cut a deal with Nintendo to make the game popular worldwide. By 1989, more than 35 million people had purchased the puzzler.

Tetris has now been played on more than 50 platforms. One measure of its success: It has been downloaded on mobile devices more than 500 million times. Pajitnov at first signed away his rights to a government entity, but he eventually got them back. And thanks to Rogers, Pajitnov eventually made a lot of money from the game. 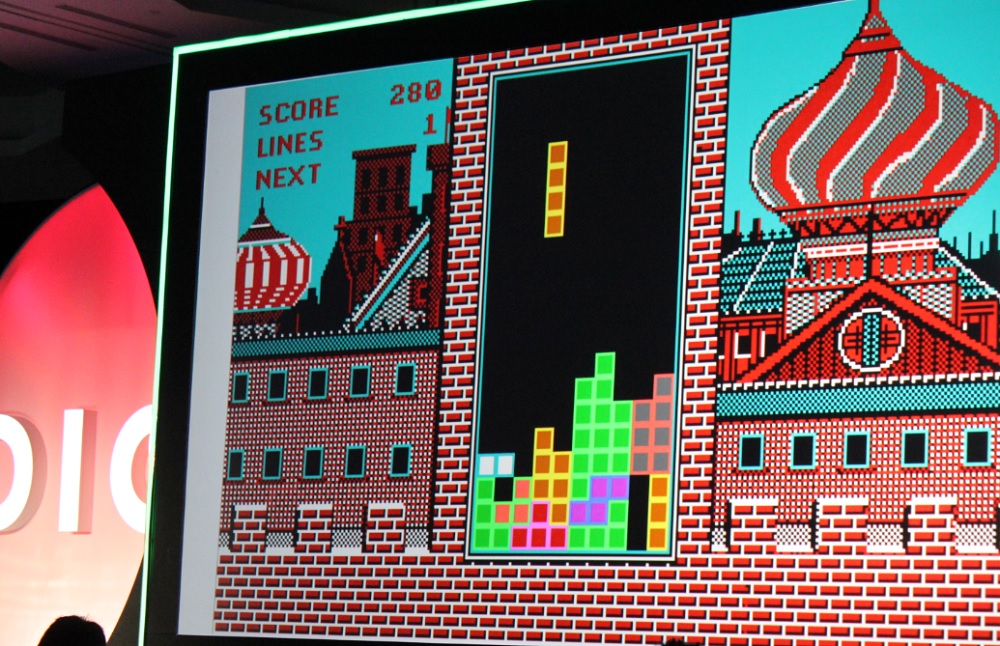 They got together for the feel-good nostalgia session at the DICE Summit, the elite game industry event. The appearance was part of a year’s worth of activities celebrating the 30th anniversary of Tetris. They interviewed each other onstage.

Asked to reminisce about it, Rogers said, “I’m proud that I didn’t do anything along the way to lose the rights or lose your friendship.”

Asked again what the most important thing about Tetris was, Rogers said, “The friendship and the trust.” Turning to the audience, Rogers said, “He’s the guy who made the game. I’m the guy who helped him make money. I wouldn’t change anything.”

Pajitnov said, “I’m with you. The friendly business relationship was a key part of the history of Tetris.”

Rogers said he was nostalgic for the kind of simple business deals he could cut in those days.

“At the end of the day, it’s a handshake deal and a look in the eye. It’s a much simpler relationship. I’m not sure where we are today.”

Pajitnov said he believed that retaining the intellectual property rights was key to the durability of Tetris.

As for his own look back, Pajitnov said he has often been criticized for giving away the rights to Tetris over 10 years. He did not willingly do so, but he did say that move was key to keeping Tetris alive as well. And the time limit was key, as Pajitnov was able to make money on Tetris for the last 20 years.

As for what he plays now, Pajitnov said, “My heart is still in puzzles.” 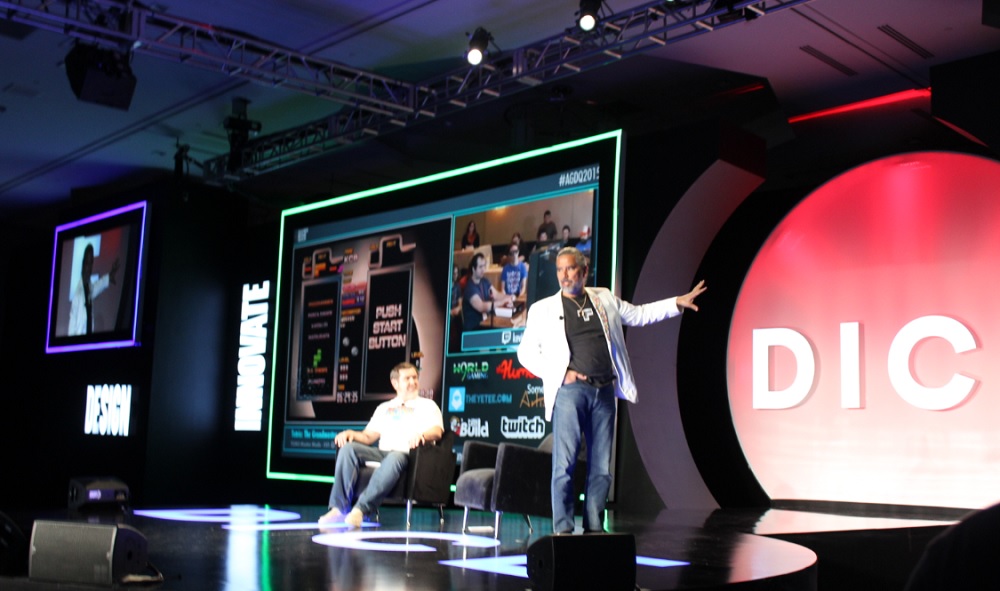 Above: Henk Rogers [left] and Alexey Pajitnov at the 2015 DICE Summit.

Image Credit: Dean Takahashi
Rogers advised young people not to listen to the advice of others.

“To be a true artist, you have to do something that hasn’t been done before. Search our mind, history, and environment and put those in a game and make something original. Don’t back down. Creativity is what matters in the end,” he said.

As for what comes next for Tetris, Rogers said he believes the iconic puzzler will become a sport.

“The time for computer games to be a waste of time or pastime is passed. 100 years ago, people played sports to prepare for a life of physical activity. When we play games, what are we preparing for? Most of what we do will happen in virtual worlds. We are preparing our children for a lifetime of virtual labor.

“Tetris will become a sport, and hopefully it will be in the Olympics.” Then he showed this video below that proves the point. The video stars Kevin Birrell, who Rogers described as the world’s first professional Tetris player.