Gamers play Tetris billions of times online every year, and over 500 million Tetris mobile games have been downloaded to date. But now you don’t even have to download it at all now that Tetris is an instant game on Facebook Messenger.

The iconic block-matching game goes live today on the instant games platform, where it can be played without downloading. It’s another new platform for one of the most recognized games in history, and it shows that messaging games are poised to become a hot new way to find games. Facebook’s Messenger has a reach to 1.3 billion users.

Maya Rogers, CEO of Blue Planet Software, which is the sole agent for the global licensing rights to Tetris, said in an interview with GamesBeat that Tetris for the instant games platform was developed by CoolGames.

“We’re really excited because the Facebook Messenger audience is so huge,” Rogers said. “It reaches an audience that may not have played Tetris before.”

Tetris debuted in 1984, captivating fans with its addictive gameplay where you have to match shapes and colors of falling blocks. Blue Planet Software is starting out with its classic Tetris game, dubbed Tetris marathon mode, a single-player game where players need to clear lines with the goal of achieving the highest score possible.

On Messenger, you can challenge your friends to a game to see who can beat the other. It’s an asynchronous game, where one player play solo and then challenges another to beat the high score. 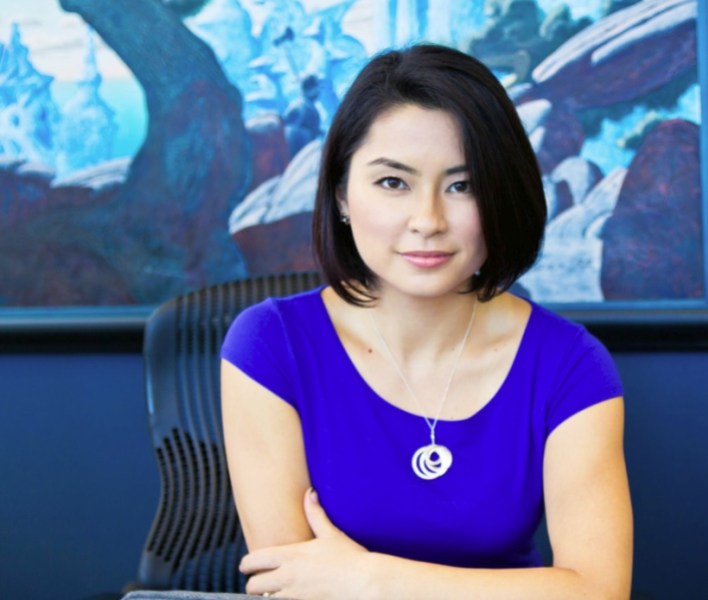 Above: Maya Rogers is CEO of Blue Planet Software

“Spanning decades and generations, Tetris has delighted hundreds of millions of fans worldwide, and we’re excited to welcome this beloved franchise to the Instant Games platform,” said Bob Slinn, director of games partnerships for EMEA at Facebook, in a statement. “The development team at CoolGames has honored one of the most popular games of all time, and with new platform mechanics like Group play on Messenger, fans have a chance to play, connect and share like never before.”

Other recent titles released on Messenger include Battleship, Snake, and Jewel Academy. CoolGames plans to launch several new Triple-A titles for Instant Games in the coming months. Amsterdam-based CoolGames has been making HTML5 mobile games since its founding in 2010. CoolGames used Blue Planet Software’s Tetreon engine to develop a game with more than 90 missions.

“People using Messenger can now play Tetris instantly and share it with their friends. Messaging apps are the next big games platform, unlocking an audience of potentially billions of players,” said Laurens Rutten, founder and CEO of CoolGames, in a statement. “It’s great to be able to develop Tetris for this new and innovative platform.”

Facebook is experimenting with ads, and Rogers said that she hopes that full monetization via ads will kick in soon. Rogers said that Tetris is available on a lot of other platforms, but she doesn’t think cannibalization is a big problem. On Facebook itself, 25 billion games have been played on Facebook Canvas.

“The industry is moving to a place where people expect Tetris to be everywhere they go,” Rogers said. “That’s part of the reason why it has been so successful.” Rogers said the company is in talks to bring Tetris to more messenger platforms.