Over the past 25 years, the video game business has grown to become a massive portion of the economy. Games are now a major part of the entertainment and social fabric around the world. And they are a major driver of consumer technology. My firm, DFC Intelligence, has been working with clients to understand the many segments in the global game market, and, in conjunction with Atlas Technology Group and VentureBeat, we have put together a landscape of the industry. 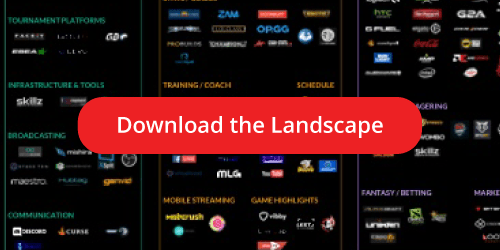 Content creation and publishing: The soul of the game industry

Our game distribution segment focuses on companies that get games into consumer hands. In some cases, with retailers like GameStop and Amazon, this distinction is obvious. However, when we get to digital distribution there is some overlap with content creation. A digital distribution service such as Steam is fairly easy to classify as a straight distributor. The same goes for Google and Apple in the mobile game space. The games-as-a-service portion of the industry is more tricky to classify.

In our landscape, we have put the companies that primarily focus on selling virtual items and other digital content on the distribution side. Of course, in many cases these companies create their own content. However, games-as-a service is as much, or more, about distribution as it is about content. From an investor standpoint, success is judged largely by how well a company can reach consumers with a wide variety of products. Distribution issues such as payment processing and customer service are a key to success with games-as-a service.

Media and information: Getting the word to the masses

Beyond distribution, there are the major game franchises and the media that helps promote games and provide information. In this category, we put games that have become a major part of the social fabric as long-running franchises. Note: In many cases there is overlap between publishers, distributors, and information providers. For example, the game console service Xbox Live not only distributes content but is an important source of information about the industry.

Games are a major driver of consumer spending on technology. Of course, the game hardware market started with dedicated video game console systems from the likes of Nintendo, Sony, and Microsoft. But consoles are now only a small fraction of the game hardware ecosystem.

DFC Intelligence has written several reports on the growing market for desktop PC rigs custom-built just to play games. We estimate this market hit $40 billion in 2017 and will grow to $75 billion in five years. This does not include mobile devices and more utilitarian PCs that can also play games.

In the longer term, powerful end-user hardware may not be necessary as games are delivered via the cloud. For this reason, we are calling the hardware category “entertainment platforms.” Most non-client hardware-based platforms are currently pretty small in the overall scheme of things.

The hardware segment also includes the many types of accessories that enhance the game play experience. Accessories is a major growth area, as more consumers are willing to spend significant sums to improve their game performance.

Enabling infrastructure: The pipes and plumbing

Companies in the enabling infrastructure segment do the behind-the-scenes work. They are the pipes and plumbing of the industry. Many of these companies are relatively unknown to the general public, but they are crucial to making the game industry work. This is an area of significant turnover, and our focus is on the standout companies in each category.

Financing and education: Enabling the next generation

Funding for the game industry comes from many different sources, including traditional investors and the many regional sources of government funding. Associations and educational institutes also provide critical support to game industry talent. This area of the landscape is currently nowhere near comprehensive. It is intended primarily to be representative.

eSports and beyond: $150 billion is just the start

In putting this landscape together, we initially struggled with how to categorize eSports. In the end, we decided it deserved its own segment. The segment includes location-based entertainment that has garnered significant investment in recent years around hubs Los Angeles and Las Vegas that struggle to find ways to bring millennials to casinos.

Game developers still control the board on monetization, but auxiliary companies in tournaments and broadcasting seem to be bringing in enough sponsorships and ad revenue to continue the push into the sporting mainstream.

The landscape we’re presenting here is just the tip of the iceberg. To keep it manageable, we have only focused on the top companies in each category. Of course, those names will change over time as the landscape shifts. The goal of a segmentation like this is to be able to size and identify the players in the overall market. Any given company should fit into one or more categories.

This exercise helps to define key industry submarkets and to avoid the confusion that comes when big numbers are thrown out about the size of the game industry.

Speaking of big numbers, let’s take a look at a couple:

Consumers spend over $100 billion a year just on game software. However, the overall game economy is much bigger. Spending on hardware to play games is almost as big when you account for consoles, dedicated gaming PCs, accessories, and mobile devices. On top of that is the entire information and media infrastructure around games.

In total, the quantifiable game industry in terms of direct consumer spending is well over $150 billion. However, the overall impact is much larger. And governments are funding game development programs and initiatives because they know they are a great source of job creation.

Doing this type of segmentation is a challenge and can be somewhat subjective. Consider this our 1.0 version. We welcome any suggestions on how to evolve and improve the landscape for version 2.0. 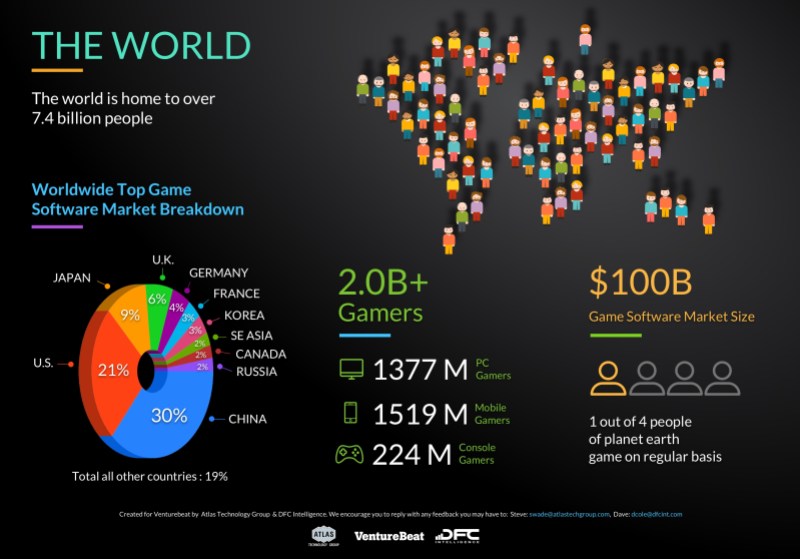 David Cole is President and founder of DFC Intelligence, a market research firm that specializes in tracking the video game industry.