Annapurna Interactive‘s The Artful Escape of Francis Vendetti was one of the oddball titles at the Electronic Entertainment Expo (E3), the big game trade show in Los Angeles last week.

It’s a music platform game where you play a budding musician named Francis Vendetti. It’s the day before his debut, and he is thinking about the persona that he will become as he performs for the first time. He runs off on a multi-dimensional adventure that is marked by shredding guitars and encounters with strange creatures. 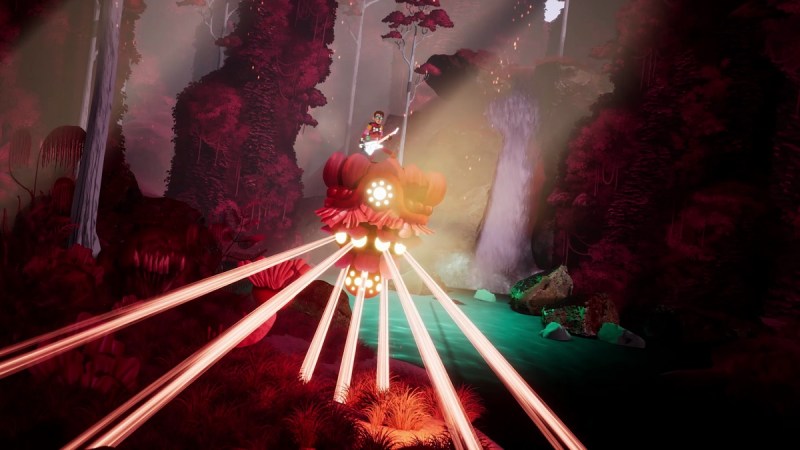 Above: The Artful Escape is built on psychedelic art.

Johnny Galvatron, creator of the game at Beethoven & Dinosaur, said in an interview with GamesBeat that he was inspired in part by David Bowie’s persona, which was just as creative as the music itself. There aren’t that many music games being made these days, so it’s interesting to see an indie developer take a stab at the genre.

“The marketing and the way you project the image of an art form can be as important as the art form itself,” said Galvatron. “That’s one of the main themes behind the game. He’s the nephew of a Bob Dylan style character and everyone in town is expecting Francis to be a folk mastermind. In fact, he loves doing sci-fi guitar odyssey stuff. He goes on this journey through different worlds to build the aspects of his stage persona.”

Galvatron said he loves the “peripherals that people build around their core medium.” Galvatron was a musician for many years, but he didn’t really want to create a rhythm game. 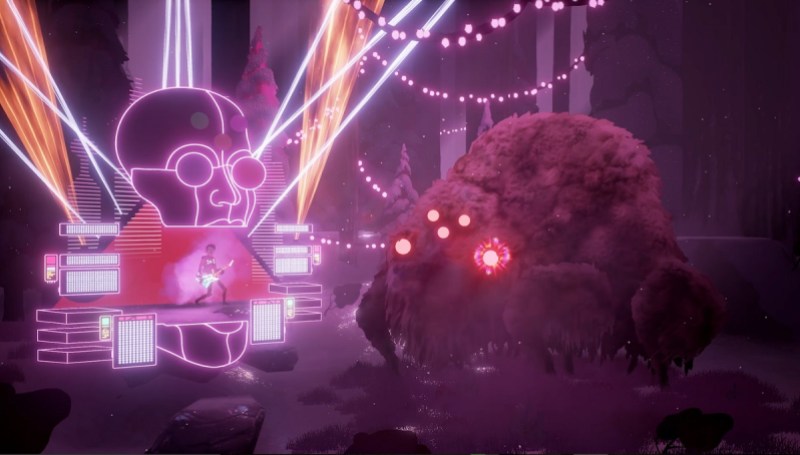 Above: Jamming with the spongy, spidery creature.

In the game, you run sideways and jump into space. As you hurtle through the air, you can press buttons and make the music blast. While you’re often jumping from one place to another, you can’t really hit the wrong button. Rather, you’re exploring both the visuals and the music behind them.

You start by hovering in the air and then start moving. The background is psychedelic, with shimmering lights reflecting off the snow. You can jump and hang in the air and hear a guitar chord at the same time. You get through the woods and run into a huge creature that looks like a spider. The spider asks you to jam with it, and you make music together.

It’s a little goofy, but what else do you expect from an Australian guy named Johnny Galvatron. Microsoft showed it off during its E3 press event as an example of the creativity of independent game developers.

“That was terrifying,” Galvatron said.

The gameplay will last for four to five hours. It will be released for PC and Xbox One, but no launch date has been set.