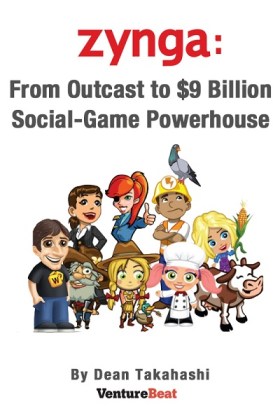 The year is coming to an end and we agree with the observation that 2011 was a historic year for the game industry.

Here are 33 of our favorite, original GamesBeat stories that we toiled over during 2011. These aren’t necessarily the biggest stories of the year, which is a separate list for us. But we had the most fun writing these pieces and we think you’ll have fun reading them.

We like to look back at these not because we’re the biggest navel gazers on Earth (well, we are a little narcissistic) but because we want to build a better GamesBeat. These are stories that we are proud of because we had a chance to step back, do some reporting, and present the information in a more analytical way. As we build out our team, we hope we will have many more stories like this to tout in 2012.

1. In its short, five-year history, Zynga turned the game industry upside down. As its $9 billion initial public offering approached, we published a 25,000-word history on how the company grew from gaming outcast to a social gaming giant. Heather Kelly turned it into an e-book on the Amazon Kindle.

2. Microsoft kept us busy as the 10th anniversary of the Xbox rolled around. We marked the occasion with a two-part story that chronicled the inside story of the making of the original Xbox game console. The second piece was about the making of the Xbox 360 and the aftermath of that. The story is now a 63-page eBook entitled Xbox: The making of a bad-ass machine (see cover art below). 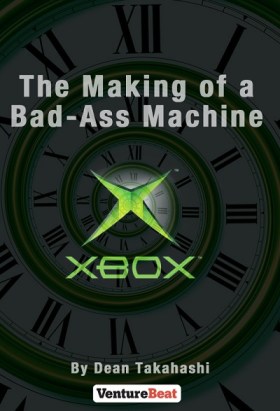 3. Top 10 games of 2011. Our team of reviewers went through a democratic voting process to arrive at our favorite games of the year.

4. How HiveMind’s Will Wright plans to crowdsource your happiness. Will is always delving into terra incognita in games, and he floated this idea about “personal gaming” with us first.

5. Steve Perlman’s white paper explains “impossible” wireless tech. If it works, broadband wireless will be much, much faster than it is today.

6. Why game developers hate the Facebook-Zynga marriage, and how Google+ can benefit. We found that some of Facebook’s largest game makers didn’t like the sweet deal it cut with Zynga.

7. Game developers were hoping to launch Google+ games within weeks. We wrote this weeks before the actual launch.

8. Apple and Android are now dominating the mobile game market. The numbers presented by Flurry were stunning.

10. What does Zynga’s big event unveiling new games mean for its IPO? We took a step back to see Zynga’s grand design.

11. The video game violence arguments that mattered to the Supreme Court. The tea leaves from the court came from looking at the oral transcripts.

12. Review: The Legend of Zelda: Skyward Sword proves Nintendo hasn’t learned anything. A sharp and critical view, on the mark.

13. The DeanBeat column: Stopping to think about the culture of bloodlust. Another way of looking at video game violence.

14. After Steve, will Apple press its advantage in games? Speculating about how Apple could rule.

15. Skylanders is massive, innovative gamble for Activision Blizzard. A story about how a team aimed big.

16. The video game industry will be in a (happier) transition at E3. Our look ahead at the past year’s E3.

17. Review: Skyrim is far greater than the sum of its parts. This review was based on many, many hours of game playing. 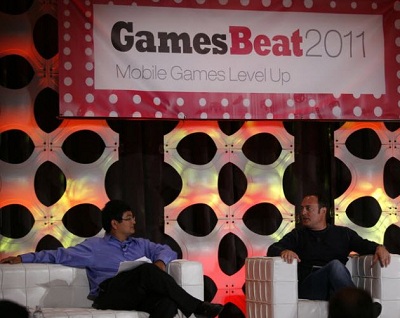 19. How Microsoft engineered Kinect to withstand gamers and lightning strikes. An inside look at an engineering marvel.

21. With EA’s The Sims Social, has Zynga met its match? This was a good window into EA’s bid to beat Zynga.

24. Striiv to launch portable device to make fitness more fun. A look at the latest in gaming plus health.

26. WTF: How long before Zynga becomes the most valuable video game company? We tried to be analytical in the midst of the social gaming Gold Rush. 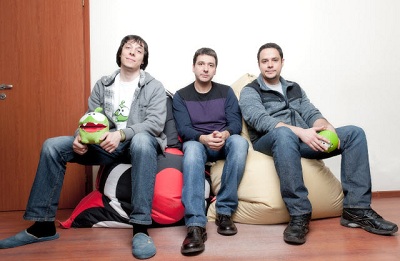 27. Video games aren’t a waste of time! Author Jane McGonigal is among the best at articulating why gamers spend so much time with their games: It’s because we’re at our best when playing games.

28. Gamification gets popular, but it’s still finding its feet. After getting a good view at the first gamification conference, we helped explain what it meant.

29. With latest accolade, the future is Bing Gordon’s game. Bing did a good job articulating what he learned from a career at EA and his participation in the new Gold Rush.

30. Women who play online games have more sex. This story proved popular because of its title, no doubt. But it was nice to see the subject approached with a sense of humor.

31. DeanBeat: The iPhone fairy tale comes true for Russia’s Cut the Rope developers (pictured above). This story was just the kind of thing we love to cover at VentureBeat, because it shows how a small but smart startup can shoot to the top.

32. Buddy can you spare a dollar? Indie game developer makes you think about being homeless. Dan Crawley stumbled on this Homeless game on Xbox Live and interviewed its creator.

33. Review: Dark Souls is the loneliest, most brutal game this year. And you’ll love it. This game review found a sleeper hit and went deep into it.