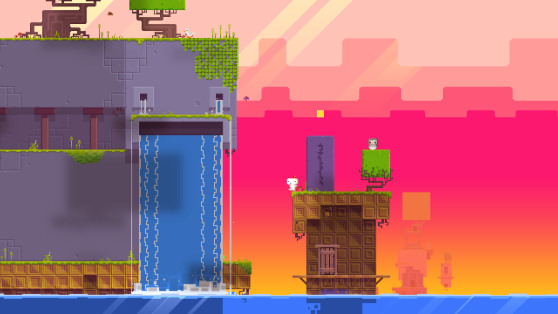 We sorted through 2012’s releases and chose the 15 strongest and most influential titles, in no particular order. Feel free to let us know which ones we missed in the comments. Or tell us we’re completely nuts. Whatever makes you as happy as these games made us.

We might as well get the elephant out of the room first: Fez is a smart and challenging puzzle-platformer with bad associations. Creator Phil Fish lashed out against gamers and Japanese developers in the spring, and he won few people over with his personality. Luckily, Fez’s charming style and engaging gameplay are as memorable as his antics, only better.

Fez puts a tiny, two-dimensional hero named Gomez in a world that you can rotate and explore three-dimensionally. The complexity of the space Gomez inhabits is what leads to the game’s many brainteasers, but the peaceful visuals and soundtrack encourage impatient players to slow down and reflect.

Although widely praised, Fez is the center of a big controversy — and host to criticism — because of the game’s glitches and the perhaps inadequate steps that Polytron and Microsoft took to fix them. Should we hold developers and publishers responsible when they fail to issue patches that improve the experience for everyone? Do we have the right to boast that Western games and development are superior to that of another country, especially one that’s contributed so much to the medium? Polytron delivered one of the best indie games of the year, but it also gave the industry something much more valuable: an attitude adjustment. Whether that’s made us better or worse is hard to say. The Japanese, at least, have made the most of the criticism — warranted or not. 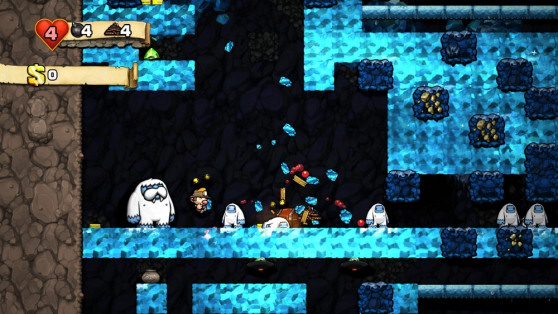 Before you yell that Spelunky is from 2009, take a look at the screenshot above. Or better yet, fire up your Xbox 360 and behold the differences. Spelunky on Xbox Live Arcade is a completely new model, not only graphically improved compared to its PC counterpart but also with more content. The action-platformer now has 1-to-4 player co-op and deathmatch, new music and zones, and additional enemies and traps.

The appeal remains the same: Explore and survive. Sometimes making it to the next area requires a careful balance of risk and reward, such as a decision to attack the shopkeeper and incite violence or leave the princess safely behind, for example. Sometimes it comes down to plain luck. And part of it depends on whether your friends are reliable or whether they’re all too happy to let you suffer.

Spelunky’s recipe is one of the most irresistible in game design. The promise of randomized adventure and secrets keeps players from setting down their controllers even though they’ve died countless times (and will many more). It’s a game that you’ll love to hate and an excellent case study of how to serve both PC and console crowds without losing what makes the experience exciting and original. 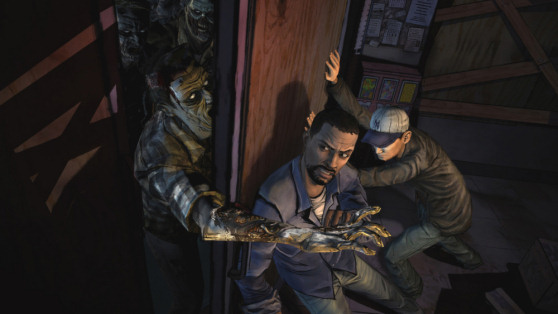 With how big Robert Kirkman’s zombie series The Walking Dead has become — leaping from comics, where it all started, to television and now video games — it’s easy to forget that so much of its success is in the hands of independent creators and developers.

Telltale Games has stirred the emotions of players for nearly a year, fascinating them with a surprisingly well-handled story and, better yet, bringing attention back to the point-and-click adventure genre. All five episodes have set a new standard for interactive storytelling. And the game could give the TV show a few pointers about how to create compelling character performances.

The Walking Dead is also a huge success for a relatively small independent company with a modest portfolio of games, including Sam & Max and Wallace & Gromit. Not all of them have been winners, like Jurassic Park: The Game. But this breakaway hit foretells good tidings for Telltale in the new year. 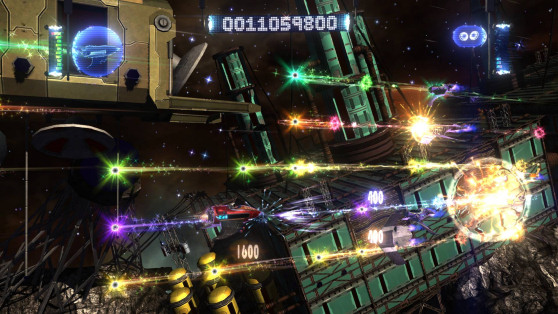 You could learn a lot from your mistakes if only you could rewind time.

That’s the challenge of rhythm-space game Retro/Grade, where you control a spaceship pilot bobbing his head to the music as you play events in reverse. You’ll need to pay attention to the beat as much as the colorful lasers streaking across your screen, which you “collect” so that when the action moves in real time again, you can dominate the battle. Each burst of energy within these lanes of light is your own ship fire, so when you suck up one of these, you’re also shooting it against the enemy in the present flow of time. You can also fast-forward using your rocket’s fuel to give yourself extra seconds to fix your mistakes.

It’s a clever side-scroller and twist on the shooter and music genres, and equally as engaging is Skyler McGlothlin’s (electronica music artist Nautilis) soundtrack and the zero-gravity, free-flying motions of the course you chart. Just keep an eye on the background as you spin and rotate your way through the awesome regions of space. It’s pretty cool. 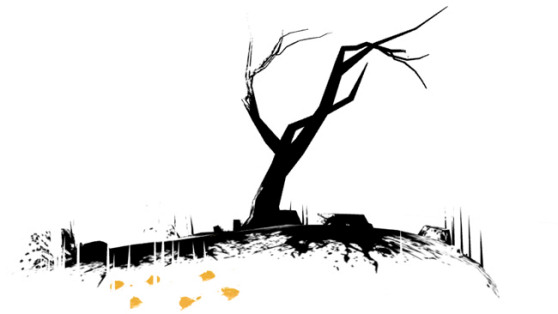 The Unfinished Swan is an abstract tale of loss and our need for closure. You play as Monroe, an orphan boy whose mother dies and leaves him one of her paintings, an illustration of a swan. When the bird escapes its picture, Monroe follows its orange footsteps through a world that you create one glob of paint at a time.

It’s a perpetual visual wonder, but as you progress, the game evolves and redefines the way you interact with it. What begins as paint becomes water, and so on. Discovering the unknown is the source of real magic here, not merely the acts themselves, and the things you find inspire your imagination as though you had stepped into a fairytale.

The Unfinished Swan’s fragmented images and themes might feel incomplete to some — almost like you’re touring Monroe’s mother’s unfinished paintings come to life. But as a whole, it’s one of the most original and artistic games of the year.