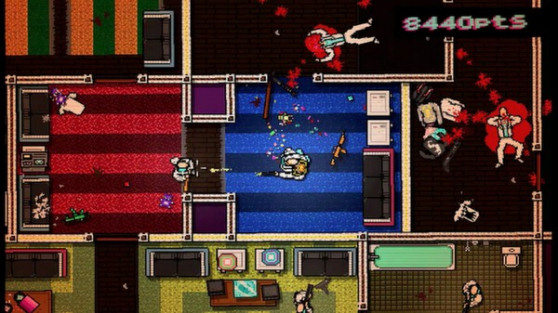 This gritty, violent top-down action game sets you on a rampage in Miami’s underground.

Developers Jonatan Söderström and Dennis Wedin’s Hotline Miami has racked up dozens of overwhelmingly positive reviews and some achievements as well, including one of IndieCade’s Official Selections of 2012. In the game, an antihero dubbed “Jacket” starts receiving phone messages with sets of instructions, which regularly involve mass murder. It’s then that these perceived events become increasingly weird and distorted.

Like many titles on this list, Hotline Miami is short, but the gameplay and momentum are intense — a full-throttle, satisfying experience that delivers more for $10 than many big-budget games do for $60.

It’s also achingly difficult — harsh on the eyes with bright colors and chock-full of risky solutions, frantic pacing, and assorted avenues of play. This is how the world works inside the head of a killer. 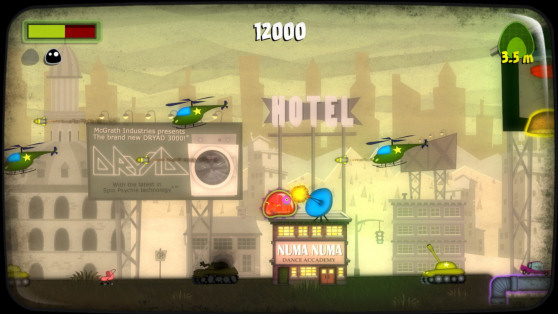 The follow-up to last year’s Tales from Space: About a Blob modifies the series for the touch-screen and button-based PlayStation Vita.

You control a mutant Blob that can devour debris in its environment to advance through otherwise impassible routes. Essentially, Mutant Blobs Attack combines physics with puzzle-platforming for a fresh take on Katamari Damacy: The more you absorb, the bigger you get. Other abilities allow you to telekinetically move objects or attract and repel magnetic surfaces, and so on. It’s an adorable game that crams in a surprising amount of depth.

Much faster compared to its console-grounded predecessor, Mutant Blobs Attack is a great fit for the Vita and one of the strongest titles in a shaky lineup. But that shouldn’t discredit the might of this little game. It’s innovative in a way that it wasn’t before, and it uses the handheld’s strength to its advantage, which — as we’ve seen from some of the less creative applications of the Wii and 3DS’s designs, for example — isn’t always easy to do on a versatile device.

And just because those tilt and touch features aren’t available on the PC doesn’t mean it’s any less addictive or humorous on that platform. 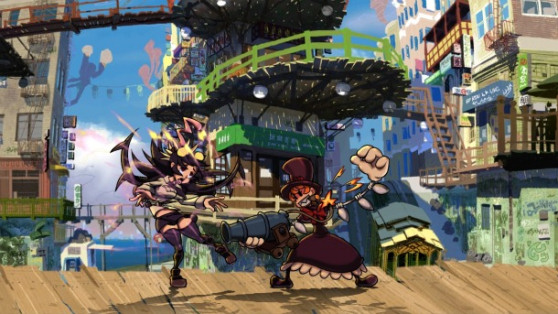 In a genre inundated with Street Fighters and Soulcaliburs, it’s nice to see a new contender now and then, whether that’s Persona 4 Arena or, in this case, Skullgirls and its small team of developers.

The game packs a big wallop of a punch for filling its roster with so few characters, all of them girls with loads of style and substance. The glossy, sleek visuals — that quality of animation that you can only really appreciate up close — exude a “Dark Deco” (or Art Deco) style, and you can see the active influences of Guilty Gear, BlazBlue, and even Marvel vs. Capcom at work.

You can play different types of matches, pitting characters against each other in 3-on-3, 2-on-2, or 1-on-1 battles or however else you want to mix them together. The thematic flair to each character’s moves, including supers and assist attacks, makes this all-female rumble much more brutal than a hair-pulling cat fight, and it’s fast-paced and fun. 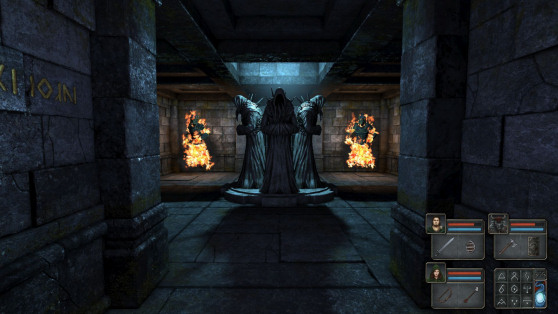 Gamemakers pour bits of themselves into their work, especially when only four people are on staff to develop and finance it. Considering the undertaking the team behind Legend of Grimrock faced, you can understand why four might seem like the right number for a party of adventurers, too.

The grid-based, point-and-click dungeon crawler prides itself on old-school role-playing game puzzles and a modernized approach to a classic gameplay formula. Movement relies on the familiar north, south, east, and west cardinal directions — you could even “pencil-and-paper” your way through the labyrinth if you turn the automapping off, which gives the game a nostalgic appeal. And the seemingly restrictive, three-class system of rogues, fighters, and mages expands into racial traits, elemental skills, and more. Its adhesion to older RPGs can make it tough for today’s players to master.

At its core is a valued sense of exploration and player discovery that’s missing from contemporary games that would rather walk you through with baby steps and overdone tutorials. In Legend of Grimrock, how you carve out your quest becomes your story. The telling is in the moment — the makeup of action and atmosphere at its root. 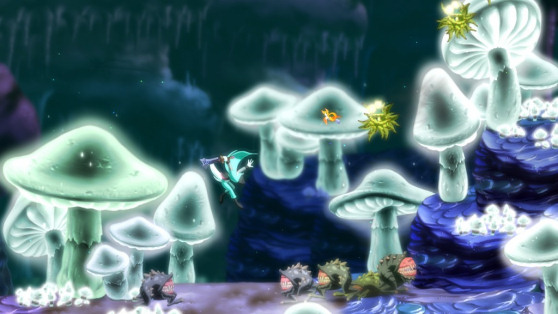 Dean Dodrill spent over three years making this game, and the result is a beautifully animated hybrid of genres: a 2D conglomerate of melee action, Metroidvania-like exploration, and role-playing elements.

Dust: An Elysian Tail positions you in Falana, a world populated with anthropomorphic animals. You play as Dust, who struggles to remember his past as he ventures forward with his silly sidekick Fidget. Bosses take the form of brief encounters, the majority of which last under a minute. As you unlock new abilities, the game encourages you to revisit past locations all while keeping the exhaustion of backtracking to a minimum.

Everything about the game — its flashy combat, creative environments, and other striking animations — are a spectacle worthy of admiration, but most impressive of all is how well Dust: An Elysian Tail comes together even after years of development. Sometimes the more you wait, the bigger the mess you have to clean up, especially when you’re one man shooting for such an ambitious culmination of genres. Dodrill pulls it off.