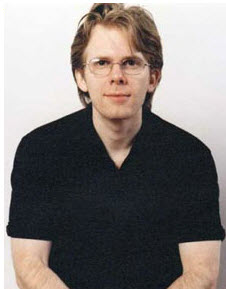 Here’s an interview with John Carmack (right), the last remaining founder of id Software, the legendary video game developer which agreed to be acquired yesterday by another video maker ZeniMax Media.

Texas-based id was one of the last of the major indie developers that made mega-hit titles such as Wolfenstein and Doom. I talked with Carmack, ZeniMax chief executive Robert Altman, and id Software CEO Todd Hollenshead about why they did the deal and what the future holds for the combined company.

VB: I was trying to figure out how to write some kind of id and ego pun?

JC: I think you will have a hard time working that one out. We don’t have a lot of that.

RA: Not a lot of egos in the room. We’re all appreciative of everyone’s expertise. No winners or losers.

VB: John, why did you go through the process that ended with the sale of the company?

JC: We have had offers made to us continuously over the years. We made changes a couple of years ago where we decided to get away from doing just one project every four years. There were structural reasons why we had to do that. There was the pace of technology and how long it took to create a new game technology. Then there was the time it took to train the game team how to use the technology to make a game. It was clear that we had to leverage our technology and get things into a pipeline. All the publishers were telling us that it was wise to license out our intellectual property to get more projects under way at once. The publishers told us that we would be more valuable to them if we built our team larger. So we listened to that. We took games pretty far into development on our own nickel before pitching the publishers. That’s what we did with Rage. That was our plan of record. 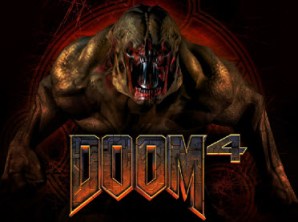 VB: Then ZeniMax approached you?

JC: ZeniMax came with an offer. The more we looked at it, the more we liked it. The two obvious choices [of id buyers] were Electronic Arts and Activision. They’re the two giants of the industry. But we knew that we would have to go through big corporate changes if we went with them. We know the developers at the studios owned by those companies. And while they have good things to say, there is no doubt about it that things would change at a company of that scale. If we had gone to one of those companies, we would be one more studio. We would be a prized studio. But we wouldn’t even be their only shooter studio. We would be competing for resources with our brother and sister studios. There is no question if they have Call of Duty project, there would be some degree of conflict there. With ZeniMax, they have a lot to be proud of. Fallout 3 is one of the favorite games of so many of our people. But they had zero overlap with the things we do. We do the best shooters in the world. It’s a perfect hand and glove fit. We started talking about this before they rolled out Fallout 3. We watch them roll it out worldwide. They really did what they said they could do. That was a important in how we looked at this. They resurrected an old title and really made something big out of it. We could be a sister company with Bethesda, where we had a lot of mutual respect and admiration.  That was about as good as it could get. And we could do our games the same way we have been. The corporate cultures are compatible. And when we go out to publish the games, now we will be doing that. We can become a publisher through ZeniMax.

RA: Well, the short answer is that it’s id Software. That’s self explanatory. I agree with John about the strategic fit. We have a publishing pipeline that we have created. We can use id to put additional titles through that pipeline. That gives us more scale. When you have an investment in publishing, you can release a series of large-franchise games that you can release each year. The logic becomes irresistible. The more we talked on a personal level, we liked these guys. We had a sense of friendship and an easy working relationship. Some deals look good on paper and then they don’t work when you integrate them. There will be none of that here. This is something that is going unbelievably smoothly. We are private entities and we don’t give out financial information.

VB: Can you say if it was cash or stock? 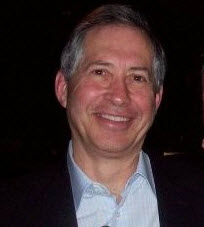 VB: You raised money. Was this kind of deal what you had in mind when you raised the money?

RA: In 2007, we did a transaction with Providence Equity Partners in Rhode Island. They invested $300 million. We didn’t have id in mind specifically. We had a great deal of cash and were profitable. We knew with an additional pool of capital, there were expansion opportunities that could help us reach our goals faster. We didn’t have that money earmarked for anything in particular. You want to compete effectively on a worldwide basis. To do that, you have to spend tens of millions of dollars on development expenses, tens of millions of dollars on marketing, and a lot of money on costs of goods. That’s before any money rolls in. So you need a lot of capital to compete effectively with large players.

VB: What are you going to do to grow now, John? 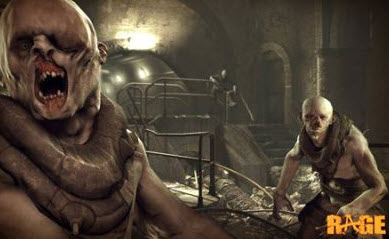 JC: We already had a plan in place. We will add a third major development team. We started with the Quake Live team, which had less than a dozen people. The idea was to get them through the Quake Live project. Then we will take them through an intermediate step of doing multiplayer work for Rage (right) and Doom 4. They can get familiar with our technology there. Then we will take one of our main intellectual properties and assign it to them. It’s not clear what that is. And that’s all we wanted: three teams. It’s not as if we wanted to create four, five and six teams. We have two teams doing big titles now. We have our mobile teams doing other work. But we’ll add that third major team over a period of time that we can foresee.

VB: How many people do you have and when will you hit the peak?

VB: Where are your games committed?

JC: The current title Rage is committed to EA Partners. That’s our only in-development commitment. We have a mobile game committed to EA Mobile. All future titles are ours. 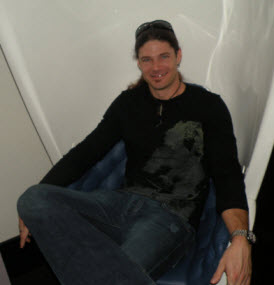 TH (right): The current Wolfenstein title that Raven is developing will be published by Activision. The existing publishing relationships are not changing at all. We do our deals one at a time, rather than giving publishers sequel rights. Future publishing of titles like Doom 4 will be done by Bethesda.

VB: I know you are happy with the deal. I wonder, John, if you feel some sadness that id will go away as an independent entity. How do you feel about that whole trend about indie developers being squeezed in the game industry?

VB: Will a lot of indie studios become part of larger organizations?

JC: I am not an industry pundit. I’m a heads-down engineering guy. Valve has strength and Epic has strength. I don’t thinki either of them are in endangered positions. But I do think it is harder to be a triple A independent developer now than it was five years ago. I don’t see that getting better. There are some things that are exciting for distributors. I love Apple’s AppStore and the things people can do with digital distribution. It’s harder for someone to found a triple A game studio now.

VB: Will Doom Resurrection be out on the iPhone soon?

JC: It was submitted today. The Apple process is still opaque for us. They owe us one for what happened at the keynote. 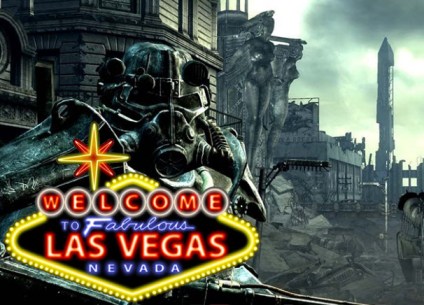 VB: Did the timing of Doom 4 affect this deal?

JC: We were happy with funding Rage on our own nickel for years. We intended to do the same with Doom 4. We had offers early on for Rage. People offered us X million dollars. But we carried the risk and when we finally signed a deal, it was X plus $10 million. We had planned to do the exact same thing for Doom 4. Our plan was to show things to publishers late this year but we wouldn’t sign a publishing deal until next year. Lots of things were going great. The timing of this deal was just when we got it done.

VB: Robert, are you looking for more deals now? Are you able to publish a major game every year?

RA: We expect to have more than one major game each year. For 2010, for instance, which doesn’t include Rage, we have Fallout New Vegas (right) and Brink. We expect a series of blockbuster releases each year. Every deal depends on circumstance and opportunity. We continue to look. We will do things that make strategic sense. But we aren’t under any pressure to do anything more.