The video game industry in Poland is fast becoming one of the most respected and prolific in Europe. GamesBeat spent a week visiting some of the game development and film studios making a worldwide name for themselves. You can read the stories that came out of our visit here, including part one of this in-depth look at the rise of Poland’s game industry. The Polish government paid for Daniel Crawley’s trip. Our coverage remains objective.

Poland’s game industry is a shining example to the rest of Eastern Europe. The country only emerged from four dark decades of communist rule 25 years ago, and it’s now home to hundreds of game studios, large and small, employing an estimated 2,000 developers.

Diverse games like The Witcher 3, Dying Light, This War of Mine, and Lords of the Fallen are emerging from this young, dynamic development scene, worth an estimated $279.6 million in 2014.

In part one yesterday, we explored the growth of CD Projekt Red, whose uniquely Polish role-playing game, The Witcher, helped inspire a generation of bedroom programmers to believe they could actually make it in the industry. Today, we take a closer look at the personal stories of some of those developers, explore how Poland is coping with a lack of new tech talent, and hear what the future holds for this battling nation’s game industry.

The developers working in Poland’s gaming industry are largely self-taught. It didn’t have universities for game design or development until a few years ago, and most of the industry professionals I met have succeeded without any formal training.

Piotr Gamracy, a motion-capture video specialist and game producer at Krakow’s Alvernia Studios, told me how he started out, having first shown me around the spectacular collection of H.R. Giger-inspired interconnected domes where he works.

“It was by myself. Just reading books and watching tutorials on the Internet. That’s how it works in Poland,” he said.

Gamracy started the first motion capture studio in Poland, and now he’s working on projects like Techland’s upcoming zombie game, Dying Light, after handling all of the motion capture and game animation for its spiritual predecessor, Dead Island. 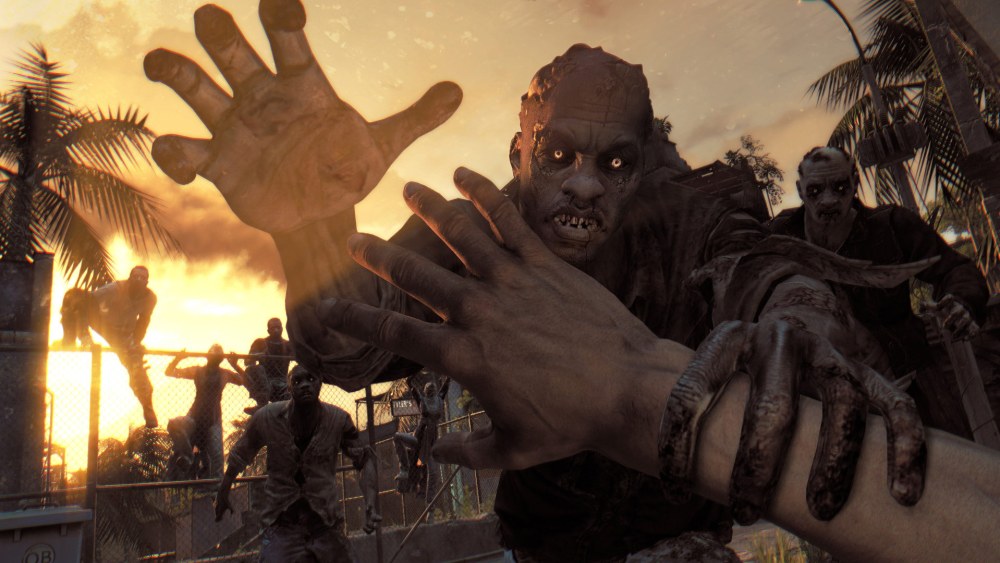 Above: Alvernia Studios is working on Dying Light.

I heard a similar story from The Farm 51’s director, Wojciech Pazdur, making the graphically stunning action game Get Even. “I wanted to be related always to tech,” he said. “It’s something I’ve been inspired by since childhood. I loved to create things on the computer. I was writing my own games on the ZX Spectrum.”

Platige Image is another great example of a company that grew from almost nothing. If you haven’t heard of Platige before, you have likely seen its work — it’s responsible for the Witcher and Cyberpunk 2077 CGI trailers, and the Academy Award-nominated (for 2002’s The Cathedral) 3D animation and computer graphics specialist maintains strong links with the gaming industry.

“Platige was only two very young graduates from the Warsaw University of Technology and no background in CGI,” marketing manager Olga Cyganiak told me. “One’s degree was in physics, one’s was in mechanics.”

According to Cyganiak, the two founders — Jarosław Sawko and Piotr Sikora — trained themselves up to produce CGI using tutorials and CDs. That was 17 years ago; now Platige employs 250 people, including about 180 artists, and it’s one of the most highly regarded creative studios in Europe.

Perhaps the most inspiring story I heard, though, was from a young programmer, Adam Krusewski. He’s the lead developer at TKomp, a Warsaw-based software-solutions company. During a meeting about a new resource for software engineers called Time Machine, Krusewski described his journey into programming, recalling that he first got access to a computer in his very first year of school. It was a ZX Spectrum that his father brought home from work — one of the first in his office.

“First I played some chess on it,” he said. “Then my brother, who is 10 years older, read some manuals. ‘OK, let’s see this BASIC,’ [we said]. We used this computer for five hours or something and it just fried because it should be turned off after two or three hours. We just overused it.”

“This was a magical moment for us, and for me, especially,” recalled Krusewski. “I was a very young kid and it was like opening a window to the world.” 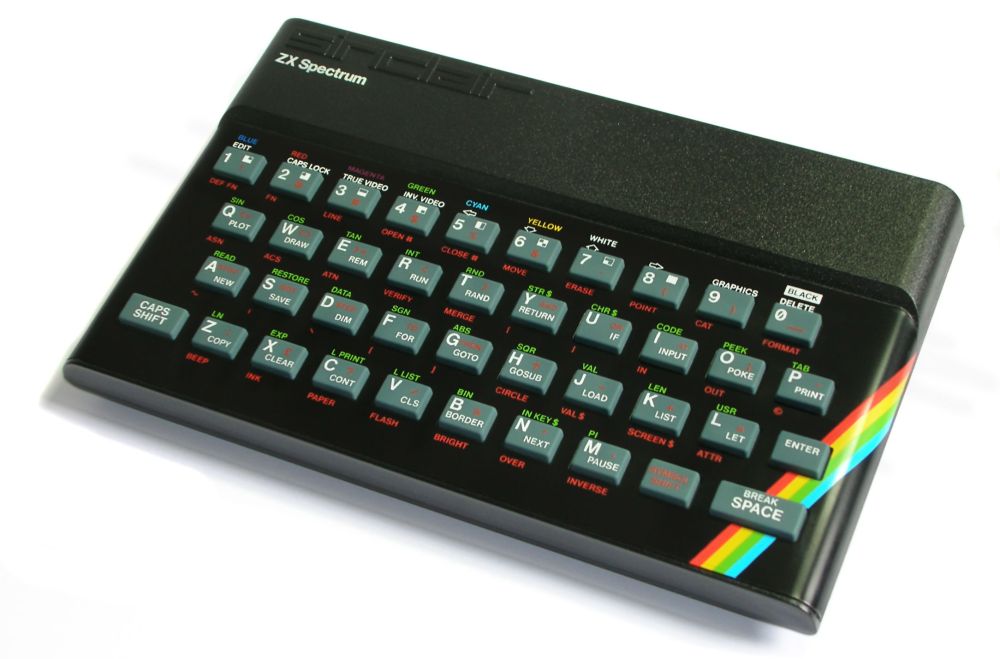 Above: The ZX Spectrum provided the first taste of programming for many of Poland’s game developers.

Without really meaning to, he went on to maybe encapsulate why Poland, which can’t compete on a global scale in all its industries, does so well with tech:

“Programming allows us to create things that would not be available to us if we, I don’t know, were interested in engineering. If you want to build a house it requires resources, and programming just requires your imagination, your time, and your knowledge.”

“And your resources,” he said, pointing to his head.

A lack of tech workers

Right now, Poland isn’t seeing enough tech graduates to fill the demands of the expanding gaming and creative industries, and it’s in danger of hampering growth.

The problem, in part, is that the industry is only just being taken seriously by the Polish establishment. “The universities and the Ministry for Education just found out that we’re good at games,” he said. “And it’s too late.”

As it stands, studios like CD Projekt Red are having to look overseas to recruit. It used a trailer for its in-development futuristic role-playing game Cyberpunk 2077 to bring in more talent at the start of 2013. It worked, and it now has employees from 20 different countries on site, including Spain, France, Canada, the U.K., and the U.S. So many languages are regularly heard in the all-vegetarian canteen that English, not Polish, is now the official working language at CD Projekt Red. “All internal materials are made in English,” said CD Projekt’s Platkow-Gilewski, who explained that all e-mails and written tasks are conducted in English as well. “With so many people from abroad we would just lose too much time translating.”

It’s unusual to hear of such a diverse team in a country that is not the cultural melting pot it once was.

Before World War II, around a third of Poland’s population consisted of ethnic minorities. After the war, they were mostly gone, due to the deaths in the Holocaust and the redrawing of Poland’s borders by the Allies. In a tour of Krakow, my guide told me that the population is now 95 percent ethnic Poles. “The 5 is working here,” joked Platkow-Gilewski.

“I call it flat as a country,” he explained. “We have sea, we have mountains, but we are all looking more or less the same and there’s no other nationalities. There’s no diversity on the streets. What I miss in Warsaw is Japantown or Chinatown. I love these places when I am travelling abroad.”

“But it’s slowly changing. It’s a little bit too cold to attract a lot of people,” he laughed. “But Poland gets better and better every year.”

Training for the future

Looking to the future, game courses are appearing at more universities, often supported by developers from established companies. “That’s good because in five to 10 years, that will give us hundred of skilled people,” said Zajaczkowski.

11 Bit Studios, CD Projekt Red, and The Farm 51 have all sent representatives to lecture at local universities. And Platige and Alvernia have both run their own in-house training programs for young people.

Platige’s students worked together to produce the short film How to Train Your Robot, inspired by the movie Real Steel.

“[The game industry] is now being seen as a serious business, and it’s also being seen as a sexy business,” said Wojciech Pazdur. “Right now, every university wants to have some division or at least some lectures related to game development. Even very conservative art universities are opening themselves [up].”

Michał Platkow-Gilewski told me that he didn’t see game development as a possible career move when he was younger: “When I first got a ZX Spectrum, I thought it was some kind of calculator. I spent hours laying on the carpet in front of the keyboard, trying to change the colors on the screen. But I couldn’t create a game — that was rocket science at that moment.”

His daughter won’t have the same problem.

“My daughter, she’s 6. She’s designing games [with me] right now,” he told me. “We’re talking about how to design the game. She preparing the concept art, painting everything, cutting with scissors, explaining how it will work. It’s amazing. When she will be on the work market, she will be ready and know that games are a cool thing.”

While Poland doesn’t have a national strategy for teaching coding at such a young age, Platkow-Gilewski told me that certain schools do offer such opportunities, if you look for them.

I asked Daniel Sadowski if a coherent drive to introduce programming to younger children, such as that recently seen in the U.K., would benefit the industry.

“The best programmers I know started programming at a young age,” he said. “It would definitely be beneficial if people would program from a young age.”