The game industry always fluctuates between hope and despair. I witnessed that this week at the Casual Connect game event in Seattle. All sorts of tea leaves show games are hitting a lull, and yet many believers have faith that their part of the industry is growing. I’m still sorting through what it all means, but it would be good to figure out if we’ve got an expanding gaming universe that is spreading out like a Big Bang or a collapsing black hole.

Casual Connect is a sprawling conference, and it was last held in Seattle five years ago. Back then, the event drew about 2,000 people. This year, after a long run in San Francisco, the show returned to Seattle. And the event was smaller and the sessions weren’t as well attended. That prompted discussion about whether the game industry, at least in Seattle or the U.S., was in kind of funk.

“Has the center of gravity already moved to Asia?” asked Eric Goldberg, managing director at Crossover Technologies, in a panel on game acquisitions by strategic investors. 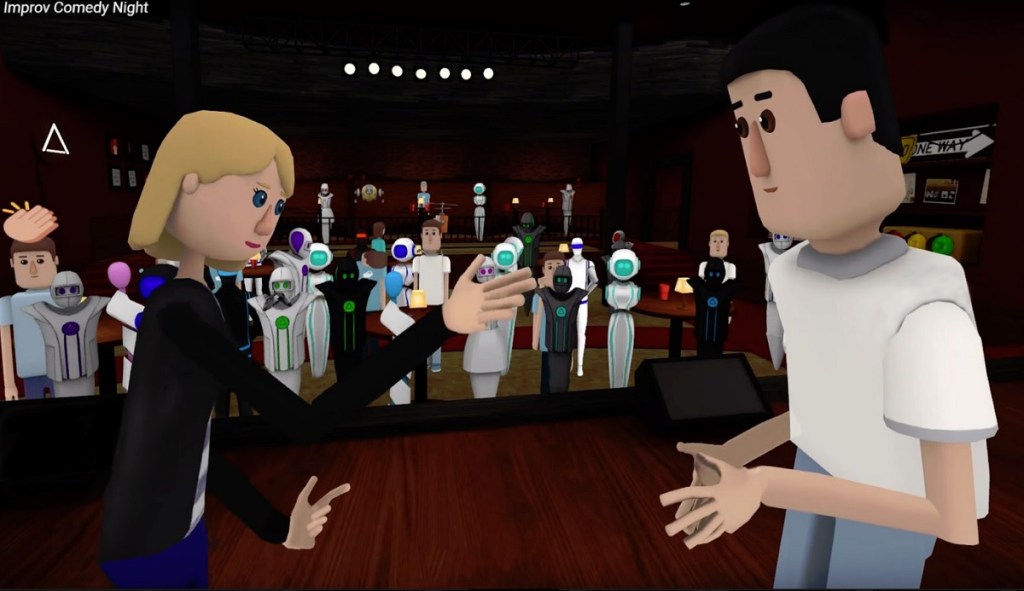 We have to admit that we have certainly seen some tough breaks close to home.

Altspace VR shut down last week. CastAR closed its doors, as did Envelop VR. Japanese mobile game companies Gree and DeNA shut down their San Francisco studios. Kabam dismantled itself and sold its parts to Netmarble and FoxNext. And I’ve heard a lot of concern about how indies in San Francisco can’t afford to live there anymore.

Virtual reality appears to be taking off slowly, and investors are pulling back from investments. Many people shared my concern that we haven’t seen much good news on the West Coast. Augmented reality holds some promise, but it could take even longer to come to fruition, and we haven’t heard much lately out of Magic Leap, which has raised more than $1.4 billion for its AR glasses.

Game investor Shanti Bergel at Bitkraft Esports Ventures said that valuations of game companies have certainly fallen, despite some big acquisitions such as Tencent’s acquisition of Clash of Clans mobile game maker Supercell at a $10 billion valuation.

Drew Boortz, managing vice president for the west at Nexon, said buyers are looking for revenues at mobile game companies or even console game companies. Those buyers don’t want to take risks on companies that don’t have real traction. It’s a sign of maturing and consolidation at a time when the innovations aren’t producing a ton of new home runs. 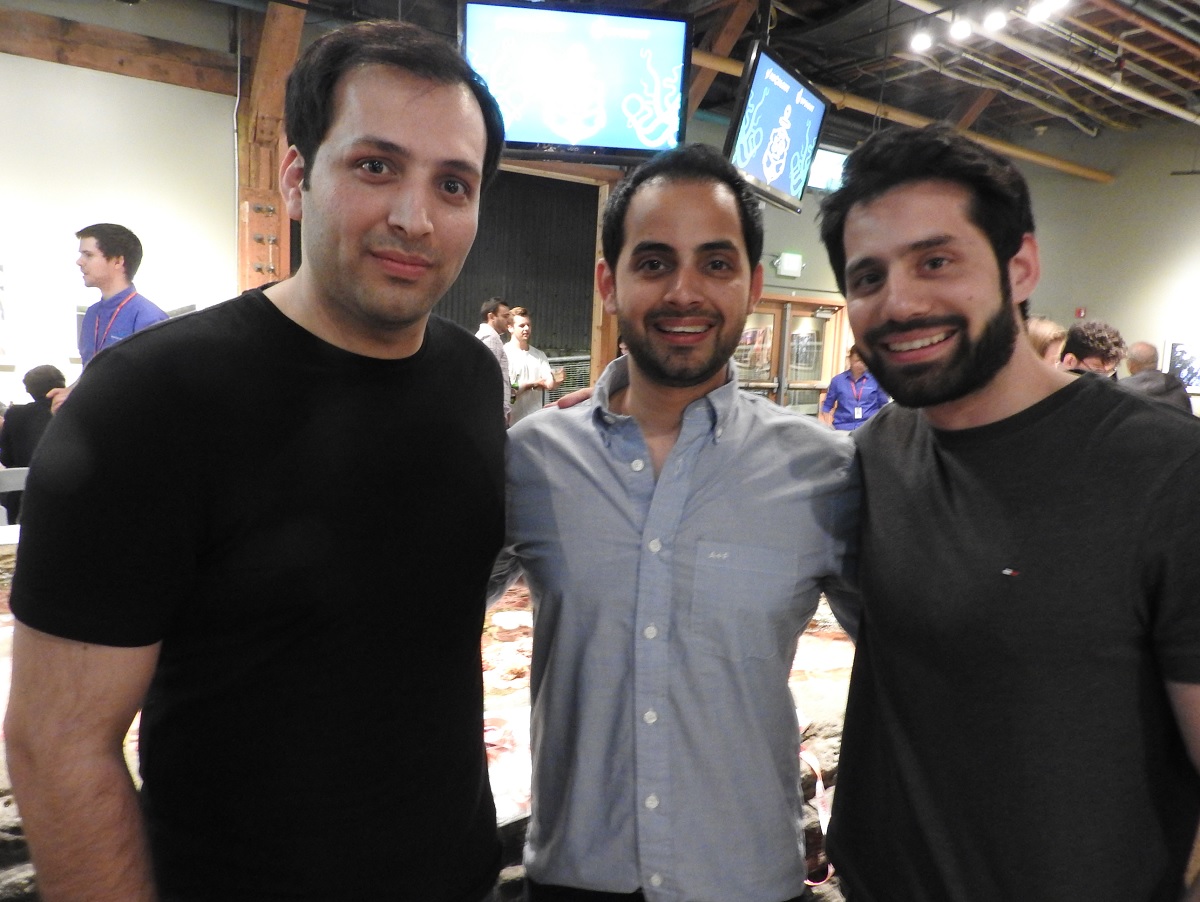 Above: The Zaeem brothers (left to right: Saad, Amman, and Shayan) from Pakistan are making games.

Even as we’ve seen failures, the successes are also quite evident.

Bergel said believed much of the investment and startup activity has moved to esports. And indeed, if we have some kind of hot category now, it’s easy to see that esports is taking off in a way that resembles the growth of VR a couple of years ago. I’m writing about new esports companies and fundings just about every week. And the category could get a big boost later this year when Blizzard’s Overwatch League launches later this year. Los Angeles seems especially strong in esports.

Michael Chang, senior vice president of corporate development at NCSoft West, pointed out that the game industry is bigger than it has ever been. During the week, SuperData Research reported that the game industry would reach $105 billion in revenues in 2017. Back in 2011, Chang’s investments were going into Facebook games and free-to-play mobile. But now, the diversity of the investments and startups are much bigger.

“The opportunities for independence are bigger than they have ever been,” Chang said. “As time has gone on, we move on to Facebook, mobile, PC, console, AR, and VR.” 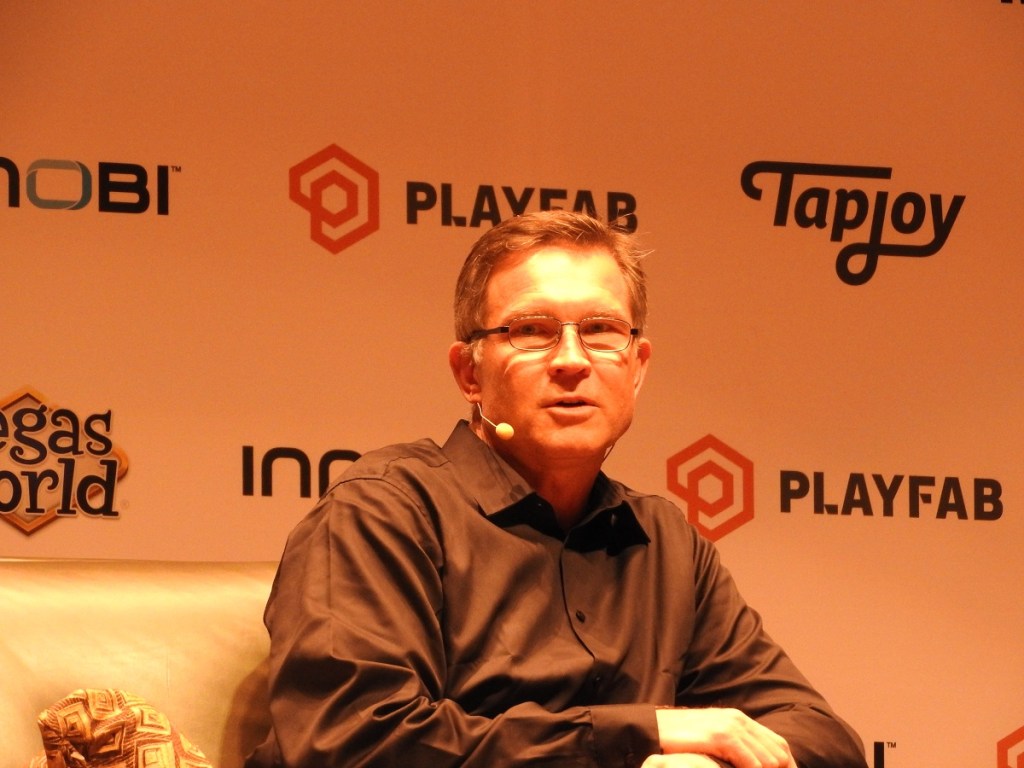 Above: Dave Baszucki, CEO of Roblox, speaks at Casual Connect.

At the same time, we’ve had some wonderful successes in the West. Niantic’s Pokémon Go surpassed $1.2 billion in revenues and 752 million downloads in its first year. The indie hit PlayerUnknown’s Battlegrounds is climbing the charts on the PC. These hits show that it is possible to surpass some of the big companies and perennial hits in the charts.

Linden Lab’s Sansar social virtual world launched an open beta this week with hundreds of VR experiences created by VR fans themselves. Linden Lab’s kindred company, Roblox, is also gaining huge momentum, as it expects to pay out more than $30 million to player creators for the games they create in the blocky virtual world. Glu scored well with the launch of its Design Home game for female audiences. These examples point to real momentum for user-generated content.

Activision, Electronic Arts, Zynga, and Take-Two Interactive all posted stellar earnings, even though they didn’t launch many games during the second quarter. Activision is valued at an astounding $47 billion, as it and the other companies are all benefiting from the stickiness of live operations for existing games.

Nvidia is hopeful that artificial intelligence will advance the field of computer graphics and realistic human animations in games. And a number of companies are becoming increasingly optimistic that advertising revenues will boost their fortunes, as suggested by the advertising integration deal between Zynga and Unity Technologies this week.

I have also taken great heart in visiting regions of the world where games are expanding. Schell Games has more than 100 employees in the growing game ecosystem of Pittsburgh, near Carnegie Mellon University’s Entertainment Technology Center.

And perhaps even more inspiring, I ran into three brothers from Pakistan who had created two startups, one making games (Caramel Tech Studios) and another making a multilingual chat platform (Fizz). Saad Zaeem, Shayan Zaeem, and Ammar Zaeem said they grew up playing games, started building them, got a lucky break from Half Brick some years ago, and are now making their own games. It’s yet another example of how game jobs are spreading around the world.

Where’s it all going? 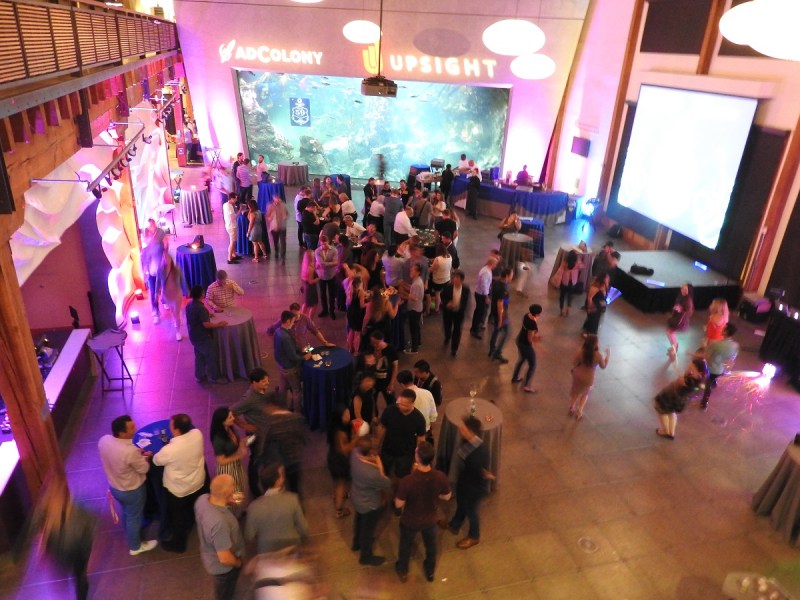 Above: The Casual Connect party at the Seattle Aquarium.

Albert Lai, CEO of Big Viking Games, said that the opportunity for growth will be in “instant games,” or HTML5-based games on messaging platforms. Brian Boland, vice president of publisher solutions at Facebook, wholeheartedly endorsed that idea, saying that instant games on Facebook Messenger have been played 1.5 billion times in the past 90 days.

As for adding monetization to those instant games, Boland said, “We’ve heard loud and clear that distribution is cool. People playing the game is awesome. We have to build a business, which is exactly what you’d expect to hear from them. We absolutely listen. We’ll work toward delivering on that.

Jon “Neverdie” Jacobs, Jez San’s FunFair, and GameCredits believe that fortunes will be made in the game-related cryptocurrency projects. But the Securities and Exchange Commission might want to slow that Gold Rush down a little as it starts to regulate Initial Coin Offerings. Bitcoin is also about to split itself in two in a way that will create more confusion about blockchain investments.

Others are still excited about AR because of recent endorsements from Facebook and Apple, and they believe that both of those companies will launch hardware in the not-so-distant future that could become a new platform for games. Disney made more big bets on VR by announcing a Star Wars VR attraction at Disneyland and Walt Disney World, and it is launching its own Star Wars VR headset. All of this should add to the eventual maelstrom of VR and AR.

What do all of these tea leaves ad up to? For now, I’m going to punt on that answer. I hope that all is good, but I have to wonder if things are going to slow down in games before they get better. Let me know what your thoughts are.