The $50 price cut that Nintendo announced for the Wii U this week might boost sales, but the question is whether or not this will save its struggling game console.

The price cut was something that the industry and analysts were clamoring for, yet it comes just nine months after the tepid debut of the Wii U, which has motion sensors like its predecessor, the Wii, and a new tablet-like touchscreen controller that was meant to introduce the idea of asynchronous play, where one player was doing something different from others with standard controllers. But the initial line-up of Wii U games was weak, and Nintendo only recently began churning out its ambitious first-party titles such as Pikmin 3. The company promises a solid line up games this fall, as well as a new 2DS handheld.

A console without software is dead in the water. In the second quarter, Wii U sales slowed to a trickle. Nintendo’s Wii, launched in 2007, sold more than 100 million units. Sales were so brisk that Nintendo didn’t have to shave $50 off the price of the Wii for 34 months after its launch. The Wii U is a disastrous product that could send Nintendo from No. 1 in the last console generation to No. 3. I’m not convinced that a price cut is going to make things better.

The problem is that Nintendo’s core audience of “fanboys,” as the hardcore fans are known, haven’t stepped up to buy the Wii U yet. Reggie Fils-Aime, president of Nintendo of America, told me the problem is directly related to a lack of software and that Nintendo has addressed the matter now.

But once a fan base loses faith in a console, it’s very hard to get it back. The $50 cut isn’t much of a price cut. Nintendo cut the deluxe version by $50, taking it from $350 to $300. But it is effectively discontinuing the $300 basic version, which has less storage. If it had continued its basic model and cut the price to $250, that would have been more impressive. Instead, Nintendo is essentially just giving gamers a discount on flash memory.

But a console that nobody wants isn’t going to sell at any price. Microsoft is coming out in November with its Xbox One console, and Sony will debut the PlayStation 4 on Nov. 15. By many accounts, those consoles are so superior in graphics and other features that they’re going to blow the Wii U out of the water. Nintendo hoped to have a year-long headstart in launching the Wii U. But the line-up of first-party games that it has this year was sorely needed last year. 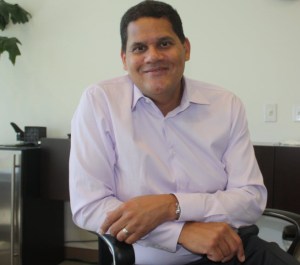 Lucky for Nintendo, Microsoft has made the odd choice of pricing its console at $500, while Sony has priced the PlayStation 4 at $400. Nintendo can still market the Wii U as a cheaper alternative with lots of kid-friendly titles. But that means it will likely surrender a lot of the mass market that it had the last time around.

Michael Pachter, analyst at Wedbush Securities, doesn’t think that the Wii U will surpass the Wii’s sales of more than 50 million sold worldwide this time. He thinks that The Wii U will, however, do a respectable 30 million in the U.S. during its lifetime. That’s a huge 70 percent drop from one generation to the next. On the other hand, the optimistic part of his prediction is that the Wii U, which has sold 3.5 million units in 10 months, will go on to sell 30 million over its life. If Microsoft and Sony match Nintendo’s “price cut” with similar cuts of their own on the Xbox 360 and PlayStation 3, it will be hard for Nintendo to hit even 30 million units, Pachter said.

“They should sell 20 percent more units over the next few months than they would have, but they were on a very poor sales trajectory,” Pachter said. “I think they’re going to sell 8.3 million units this year, which is below their 9 million guidance.”

He added, “I do think their lineup looks great. The problem with it is that there doesn’t appear to be enough support from Nintendo fanboys regardless of lineup. So the answer is, the lineup will drive incremental Wii U sales, but not enough to allow them to hit their goals.”

Billy Pidgeon, another video game analyst, is more optimistic. He said, “I think the price cut and the strong  fourth quarter releases will move more Wii U hardware this year. I expect Wii U’s installed base will continue to beef up next year, assuming Nintendo can deliver a good number of quality titles throughout 2014.  Nintendo should be able to maintain value pricing for Wii U in comparison with competitive consoles, which will likely sell quickly at launch but may not keep up pace through 2014 relative to last cycle.”

What are Nintendo’s options? It could go the route Sega did after it pulled the plug on its Dreamcast console. Nintendo could exit console hardware and get Mario on every possible gaming platform. It could abandon the Wii U and introduce something better. There are strategic options left, said P.J. McNealy, a longtime video game analyst CEO of Digital World Research. He believes the Wii U still has a chance and has a strong line-up.

The point of all of this discussion isn’t to beat Nintendo over the head, as we’ve all seen this day coming in slow motion. The point is to show us all the cost of hubris, the consequences of moving too slow, the price of innovation that misses the mark, and the losses that happen after failing to deliver what the customer wants.