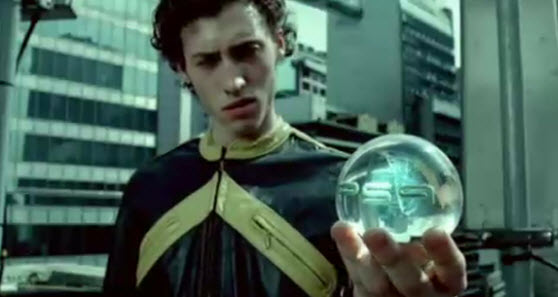 With a month to go before this year’s Electronic Entertainment Expo video game trade show (E3), rumors are surfacing about next-generation console announcements. We’re not likely to hear much about what sort of features they’ll have for a while with the exception of Nintendo’s upcoming Wii U, which is launching this fall.

But gamers love to talk about their fantasy consoles. We all have our wish lists. How about a little crowdsourced hardware design? I’m up for it. Here’s what I’m hoping will be in the next-gen systems.

It would be nice to see all of the consoles adopt game streaming from the cloud. If you process and store the game in the cloud as OnLive and Gaikai do, you can stream video of a game to a player, relieving the machine on the receiving end of the need do processing. That means that the console never becomes outdated as you can always just upgrade the hardware in the data center to improve the gamer’s experience at home. Cloud gaming hasn’t taken the world by storm yet, but it seems like an inevitable byproduct of advances of streaming, compression, and better broadband.

One rumor suggested the new consoles won’t have physical media. I won’t miss discs, but it may be a little early to get rid of them entirely. Sure, this thought conflicts with the idea of cloud gaming, so I have mixed feelings about it. But we may not be ready for the next console to be entirely dependent on the cloud. I’d be happy to see Jedi mind tricks with brain wave controls, but I’m not expecting great advances on that front, either.

This is an exercise that anybody can join. Nicole Lazzaro, head of XEO Design, would love to be able to carry her games across all kinds of devices, consoles included. She wants the machine to know her friends and be ready to send demos of games to them. She wants a flexible display that she could roll up in a pen and an easily browsable game catalog.

Todd Hooper of Zipline games wants a console with no discs, 4K 3D graphics, and awesome graphics power. He’s happy to pay $60 for games running on such a console. For him, free-to-play games would simply be a nice option. GamesBeat writer Rob LeFebvre would like to see a great “console convergence,” where each system maker’s games will run on their competitors’ machines. GamesBeat intern Mike Minotti wants to see Mario games running on Xboxes. Those are good wishes, and we never said they had to be realistic.

Mark Deloura, former vice president of technology at THQ, said the biggest question for him is how the consoles remain relevant. He also worries about the physical drive. Will Blu-ray be big enough to store the data from next-gen games? Maybe it is the BDXL specification, which stacks Blu-ray discs on top of each other. The transfer rate from those discs would be 45 megabits per second, so it could take 100 seconds to fill up 4 gigabytes of main memory from a disc. That’s a challenge for the technologists, as it’s no easy thing to change to a new disc format. Deloura would also like to see a more open ecosystem for online titles and stronger support. And the consoles should catch up to social/mobile when it comes to innovative business models.

Nintendo. The company has described its Wii U as having high-definition graphics, Wii-like motion sensors, a tablet-like controller with a touchscreen, and near-field communications. I’d like to see Nintendo finally embrace the world of online gaming and digital distribution. How about Steam on a Nintendo console, asks GamesBeat writer Stefanie Fogel. Nintendo has the right idea in embracing tablets as controllers, but it really ought to go all the way and use the iPhone or iPad as the input device.

Everyone is quite worried that the Wii U won’t have much processing power. It will be able to run high-definition content, but it may not be as powerful as the current Xbox 360 or PlayStation 3. Our preference: faster, faster, faster, of course.

Sony. Sony should return to mass-market pricing. That may mean your PlayStation 4, code-named Orbis, won’t have a chip with 256 cores. But who wants to pay $600 for a next-gen machine for the living room? Sony has said it has no plans to describe its PlayStation 4 at E3. Hooper says that Sony would do better to have a better online strategy that catches up with Microsoft’s. Rolling out updates, for instances, should take far less time than it currently does.

Microsoft. A rumor emerged this week that Microsoft will subsidize its current Xbox 360, offering a $99 price for a console-Kinect bundle if you pay for a two-year subscription at $15 a month. That is marching down the road toward a subscription-based console, like a mobile-phone contract, where the hardware is free and you pay for software or an online subscription. On top of that, free-to-play business models, where users play for free and pay real money for virtual items, have made a big splash on social and mobile platforms, but they could really be disruptive on the consoles.

The next machine is reportedly code-named Durango. It reportedly has 16 processor cores — compared to three in the Xbox 360. It is also rumored to have an Advanced Micro Devices graphics chip that can handle 4K resolution (better than high-definition TV) graphics. Amen to that. Dave Taylor, a veteran programmer, would rather see a Larrabee-like processor with 80 or more cores.

I’d also want Kinect 2 since the original Kinect motion-sensing system isn’t as accurate as I’d like it to be. Of course, it goes without saying that we really want the Star Trek Holodeck, where virtual reality is indistinguishable from the real world. Microsoft has said it has no plans to talk about a new console at E3.

Apple. These guys could easily get into the console business with an Apple-branded television set that runs apps from the App Store. When you can spend 99 cents for decent-quality games on the TV, you may never pay $60 for a console title again. You could use your iPhone or iPad as a controller.

What we don’t want to see

One thing I really don’t want to see in the next-gen consoles is stereoscopic 3D. I think the past few years have shown that it doesn’t add that much to the experience, makes a lot of people dizzy, and still adds cost.

I think that game developers and publisher want to see an end to used game sales, particularly for new games that have just hit the market. GameStop would hate for the next consoles to block used games, though it contends a relatively small portion of used game sales are for the newest games. Gamers, who have viewed used games as a right, would hate it, too. Legal precedent supports them too.

What’s your own wish list? Please vote for your favorites in the poll or add some new desires in the comments.