Maybe they should move the Statue of Liberty to Berlin. Seventy-two years after the fall of Adolf Hitler, the capital city of the former Nazi Germany could very well be more tolerant than many people in the United States.

I felt that this week during my conversations in Berlin at Casual Connect Europe, the game event that drew more than 1,800 people this week. This city is celebrating openness and diversity, as part of its attempt to draw more talent from all over the world to its startups.

By comparison, U.S. President Donald Trump has instituted a ban on travel from seven predominantly Muslim countries. He is still talking about building a wall to separate the U.S. from Mexico. And he appears ready to move against the H-1B visa program that brings skilled immigrants to America.

Berlin has torn down the wall that separated the East and the West for several decades. It seems to have learned the lessons of fascism, demagogues, propaganda, and militarism. Germans are rightly alarmed at the parallels between Trump and their own history, as they remember that Hitler had about 40 percent of the popular vote. They remember how he used the fear of Jews and immigrants to galvanize mass hatred and how he invoked the fear of terrorism to consolidate his martial power.

Germans grow up learning the history of Nazi Germany and how they can never allow something like that to come to pass again, said Jens Begemann, CEO of Wooga, the mobile social gaming company with several hundred employees in Berlin. 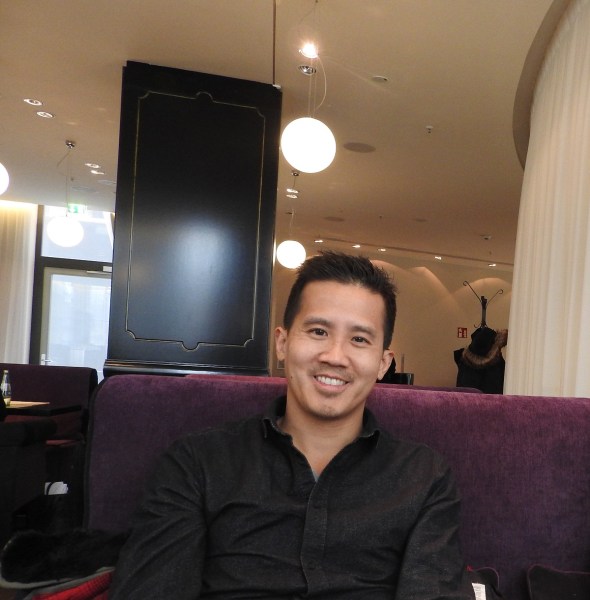 Above: Gary Lin, CEO of Glispa in Berlin.

He said he believes that the German people understand that there can be a difference between the actions of a leader and the sentiments of Americans. He said he watched the Women’s March — where protesters came out by the tens of thousands against Trump — with a great deal of interest. The important thing, he said, is to preserve the checks and balances in government to make sure that power does not tilt too much in one direction.

I do not pretend to know that all Germans feel this way, but this is what Begemann and I talked about. This was my fourth trip to Berlin, and I have seen this city move in the right direction. In between trips, I read the books The Rise and Fall of the Third Reich, by William Shirer, and In the Garden of the Beasts, by Erik Larson. Before I had ever come to Berlin, I had stood atop the Reichstag, after the Russian conquest of Berlin, and looked out on the wreckage of Berlin in the Call of Duty: World At War video game. The Berlin of today bears no resemblance to the Nazi capital of the 1930s and 1940s. But Trump and his people are eerily reminiscent of Hitler’s times.

Gary Lin, the Asian American CEO of performance marketing firm Glispa in Berlin, said he is shocked at what is happening in the U.S. I recall that he said a year ago that his son goes to a multicultural school in Berlin and that the boy does not appear to be conscious of racial differences. To the boy, everyone is a person.

About 25 percent of GameDuell’s employees are non-Germans, said Kai Bolik, CEO of the online game company. The official language spoke at the company is English, since that allows everyone to communicate. That enables foreigners to function and communicate within the company.

These are all heartening things that tell me that, many years after an apocalypse, the flowers of a society can grow back. The German people I met in Berlin said they have been watching what has been happening in the U.S. closely, with one eye looking back in time. Carl Quinton, production director at the Casual Games Association (which puts on the Casual Connect event) nodded vigorously when I observed that Berlin appeared to have become more tolerant than Trump’s U.S.

I met an American, Kalie Moore, who felt like it was a wonderful time to be living in Berlin. She felt no rush to return to her native land, given what is happening. I told them all that I was heartened to see so much resistance to the Muslim ban, including the strident voice of Ted Price, CEO of Insomniac Games. Price showed true leadership when he condemned Trump’s policy on immigrants. 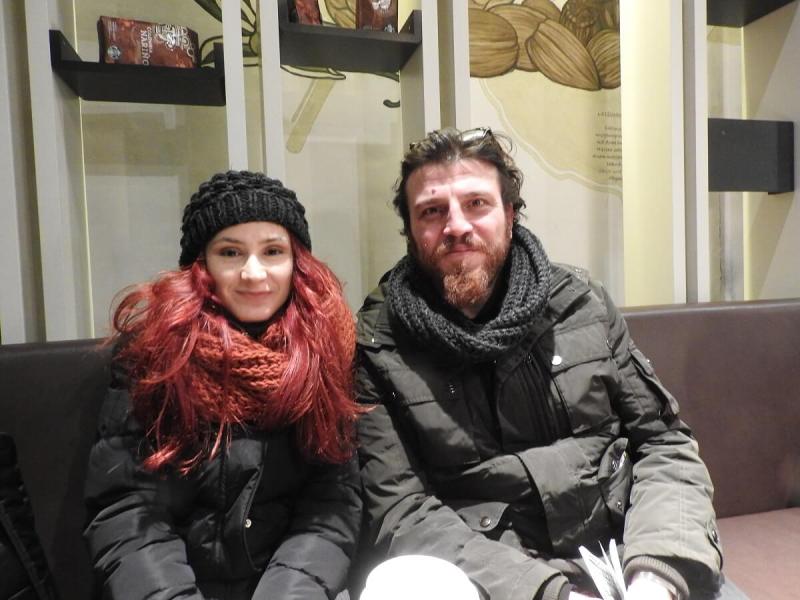 Above: Yunus Ayyildiz and his wife Kubra Sezer Ayyildiz of GameBra.in

While walking the streets of Berlin, I met a couple from Turkey, Yunus Ayyildiz and his wife, Kubra Sezer Ayyildiz of GameBra.in. We tried to get on a tourist bus together, but we were too late. So we walked along a road that ran parallel to the old Berlin Wall. They were mobile game developers who created the hit game Hocus. They told me they wanted to visit San Francisco for the Game Developers Conference in late February.

But Sezer Ayyildiz told me that her visa application has been turned down twice. Yet they had no trouble making it to Berlin to enter their game in the independent games contest. As we walked through Checkpoint Charlie, the Cold War meeting ground between the Russian and American sectors in Berlin, Sezer Ayyildiz said, “Trump wants to build a wall.” And she shook her head.

I felt like everyone I met was whispering across the ocean at the United States, “Remember what we learned.”