I spent a few days at the Montreal International Game Summit this week, where 2,600 game developers gathered to talk shop. It was, once again, a good place to visit to hear about what is going right with gaming.

It was a change of pace to hear about how valuable gaming has become to a nation’s economy, and how it is also good, as one game developer put it, to be a “disciplined warrior of light and courage.”

Amid a 10-degree Farenheit snowstorm and a lot of chatter about President Donald Trump, the show went on. It opened with a fairy tale about the makers of Cuphead. The Moldenhauer family set up Studio MDHR in Oakville, Canada, and over the past five years, it gave jobs to about 25 people, on and off. The family mortgaged their homes and took risks on a vision for a (fairly difficult, in my opinion) 1930s-cartoon-style platform game. It paid off with sales of at least 1.5 million, and it earned a compliment from Canadian Prime Minister Justin Trudeau. That shows an enlightened attitude about gaming from the top down, and it’s a reminder the U.S. shouldn’t take its leadership position in games for granted. 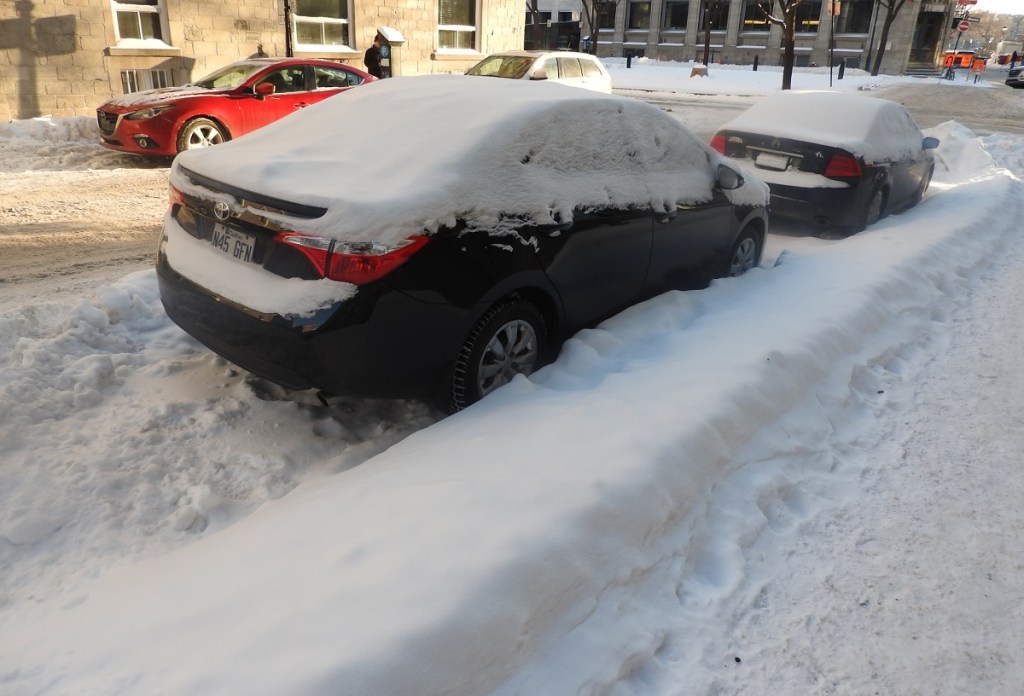 Above: Snowstorm in Montreal. This image is here to keep the Canadians from getting too cocky.

The Moldenhauer’s rags-to-riches story is just one of many that is turning Canada into one of the world’s leaders in gaming, one game at a time. It’s a place with a diversity of game companies, each with its own story of growth and resilience. Israel’s Playtika has its World Series of Poker division in Montreal, with 100 employees supporting a game that is the biggest casual poker game in the world. Ludia employs more than 350 people in the same city making games such as Jurassic World: The Game.

I keep saying that Canada holds many lessons for creating game jobs in the U.S. In so many ways, the government shows that it cares about games, and it has moved far beyond the fears that violent games cause our children to be violent.

For starters, Canada does a good job of measuring its game industry and its economic impact. 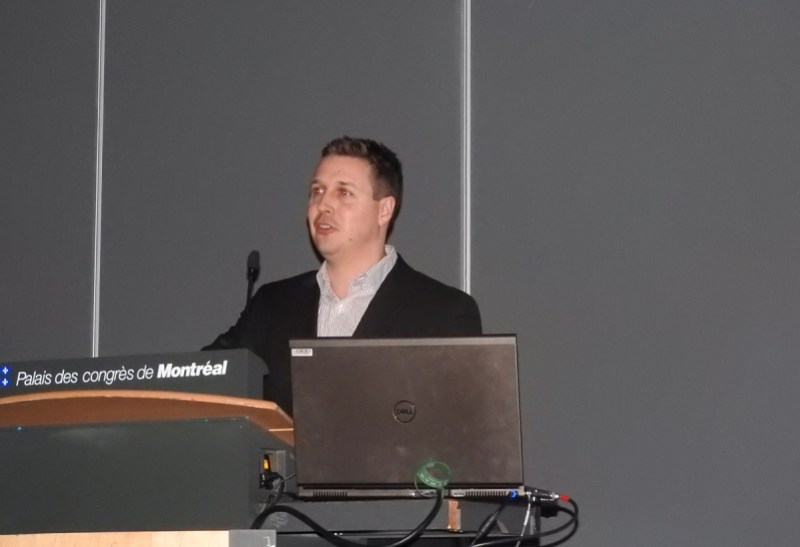 Above: Jayson Hilchie of the ESA of Canada.

Jayson Hilchie, president and CEO of the Entertainment Software Association of Canada, said in one session that Canada has 596 game companies, based on a 2017 survey, up 21 percent from the previous survey in 2015. Game development contributes $3.7 billion to the gross domestic product in Canada, up 24 percent from $3 billion in 2015.

Of those, 228 are micro-companies, 241 are small, 62 are medium, 39 are large, and 26 are very large. Those companies employ 21,700 people, up 6 percent from 2015. And the jobs support another 18,000 indirect jobs. The average salary is $77,300 in Canadian dollars, up 8 percent and well below comparable salaries in the U.S. Canadian tax breaks make those jobs even more cost-effective. 62 percent of the jobs are at the very large companies.

The government subsidies are making a difference. The Canada Media Fund has invested $130 million in 300 game companies to date (Studio MDHR didn’t get a grant). That money has gone into companies that have made games such as We Happy Few and The Darwin Project. 50 percent of companies reported they had made at least one process innovation.

About 31 percent of the companies made games for the web, up 8 percent. Twenty-nine percent made mobile games, down 36 percent. Eighteen percent made console games, up 5 percent. Fourteen percent made PC and Mac games, up 7 percent. Budgets for making games are down, due to efficiencies, and the average size of teams is down. One reason is that PlayStation 4 and Xbox One games are easier to make because they are based on PC technology, Hilchie said. 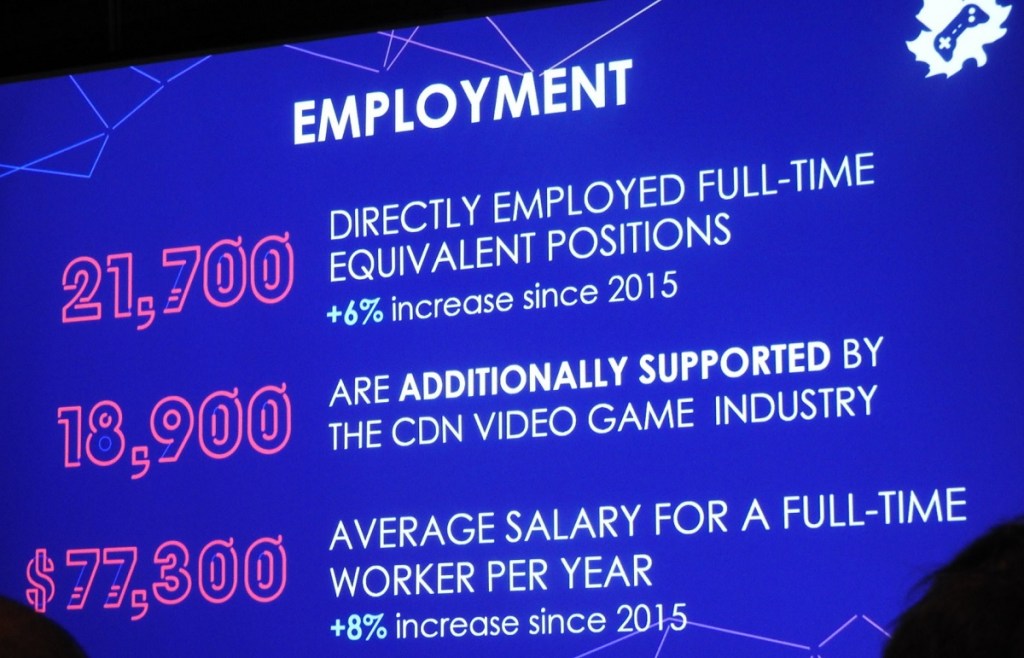 “Even as we have seen studio growth and startup culture is strong, I am concerned if those companies are making games no on e is going to buy,” Hilchie said.

The country’s big hubs are in Montreal, Vancouver, and Toronto. Vancouver was No. 2 in the world in job postings for games, according to a 2016 survey by job recruiting firm Indeed.com. Overall, Canada was No. 3 in the world for game job postings.

Canada is starting to benefit from a plan to bring high-skilled tech workers into Canada. Last year, 8,785 such workers came into Canada. But since June, a fast-track plan has gone into effect. In the first eight months o f the year, 6,940 have been brought into the country, including 1,600 high-skilled people in the past 2.5 months. Part of the reason is that Canada makes a good satellite for the U.S. and even countries such as Japan. 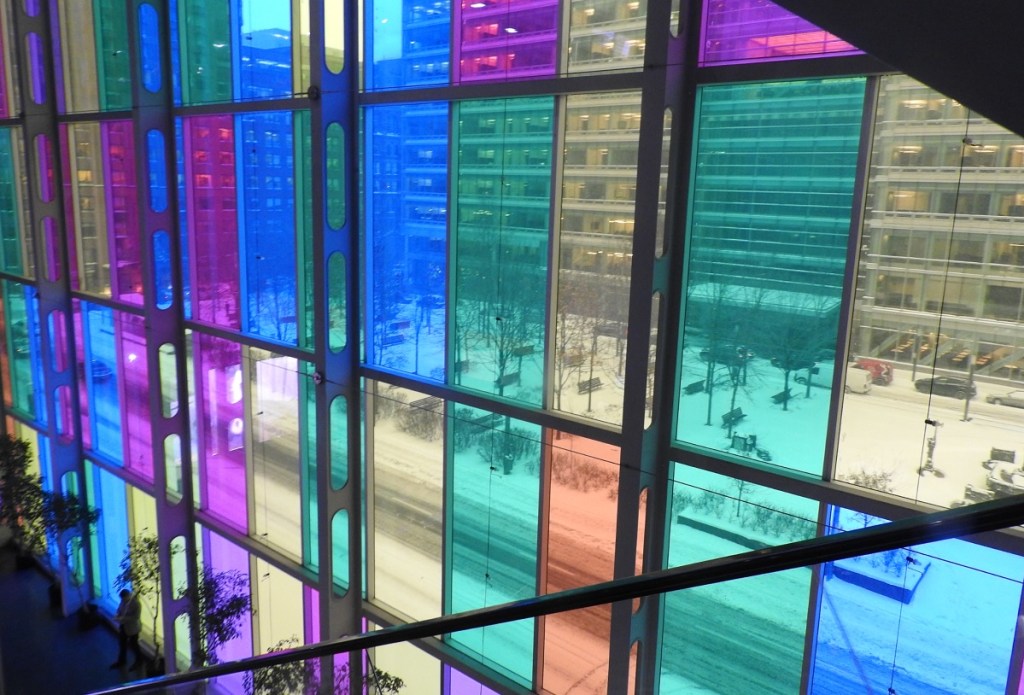 Above: OK, snow can be pretty cool sometimes.

That means that while the U.S. government under Trump is clamping down on immigration, Canada is opening its arms.

“More companies have talked to me in the last six months about expanding in Canada than I have ever had,” Hilchie said.

But the Canadians are worried about Trump’s saber-rattling over revising the North American Free Trade Agreement, which could trigger a trade war. Seventy-fve percent of Canada’s game revenue is from exports. And there are other challenges, like getting games discovered in app stores that are overcrowded.

“One developer said they made a game, took three years with 10 people, and it sold 500 copies,” Hilchie said.

There are other problems too, like a lack of gender diversity, where maybe one-in-five developers are female. 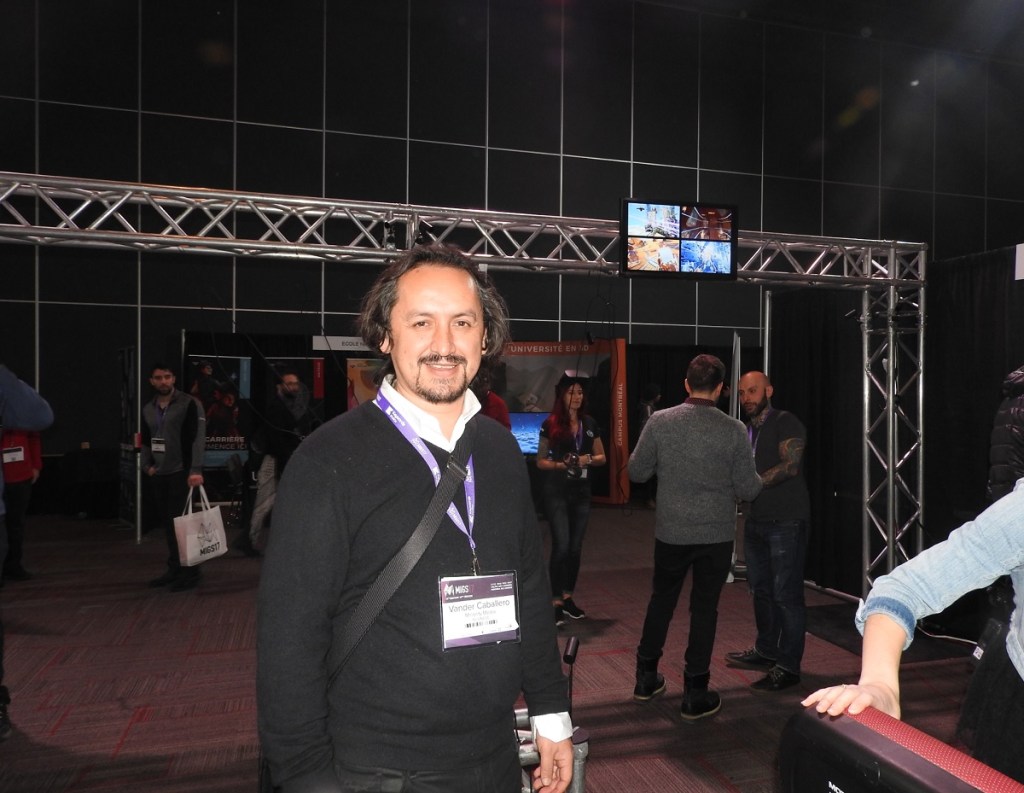 And some companies are in dire straits. Vander Caballero, the CEO of Minority Media, noted that the virtual reality companies are facing a fire-breathing dragon now because sales have been less than expected. His company is one of the few that has had a game that made more than $1 million, and he talked about his hope that VR arcade games, like his Chaos Jump Squad, could be an alternative source of revenues for VR game developers.

Still, during the closing session of MIGS 2017, I heard a lot about the resilience of game developers. I’ll write more about that session later. During this talk, developers discussed how there are no easy answers for the quandaries involved in making games.

Henry Smith of Sleeping Beast Games talked about how he wanted to give away his games for free, but still make a basic living. Osama Dorias of Warner Bros. and Dawson College said there are no easy answers when developers clash about how to make a game, and that it pays to test the character of younger students with no-win situations. Rebecca Cohen Palacios of Ubisoft spoke on making games for her dad, who is nearly blind, by making the controls more accessible. Tanya X Short of Captain Kitfox Games said that games can be made without killing ourselves with too much work. 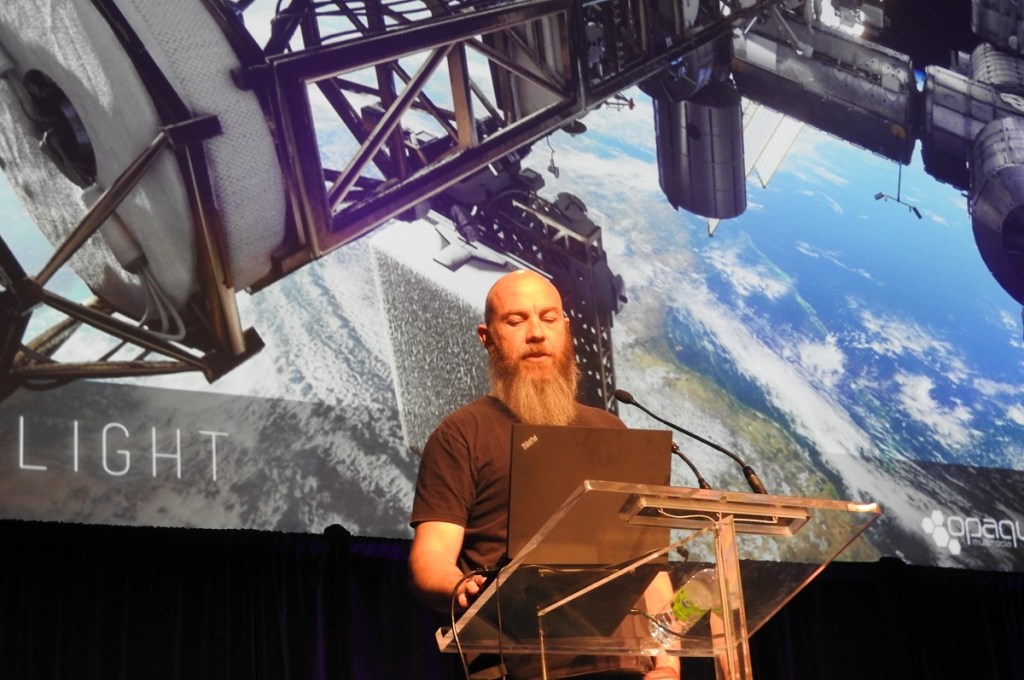 Above: Tony Albrecht of Riot Games.

I was struck most of all by a five-minute speech by Tony Albrecht, a senior engineer at Riot Games. He related how his aunt asked him 20 years ago about his job in video games. She asked him, “Why aren’t you doing something useful with your life?”

Any game developer anywhere could have given that speech. But Canada is a safe place for this kind of talk, and I was not at all surprised that the speech found a welcoming audience in Montreal. Canada seems further along on the road toward equal treatment of gaming culture. It has no Hollywood, no inferiority complex about the Oscars, and perhaps fewer skeptical aunts, who looks down with upturned noses on gaming culture. It has become a safe space for gaming.